The Norwegian capital plans to cut emissions by 95 percent by 2030, despite being one of Europe's fastest growing cities. As European Green Capital 2019, it hopes to set an example for others. 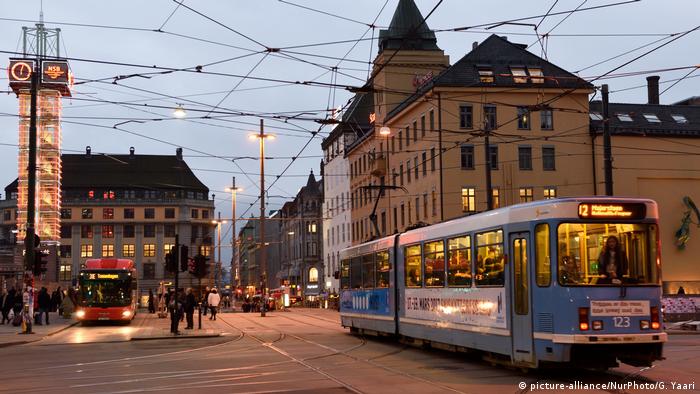 Oslo's waterfront was once a mass of shipping containers and a vast intersection jammed with cars pumping out fumes.

Today, traffic is diverted through an underwater tunnel, and much of it is made up of electric or hybrid cars. Above, the scene is becoming dominated by a new Edvard Munch art museum and central library — both due to open in 2020.

Her office lies further along the waterfront, just a stone's throw from another cultural behemoth nearing completion — the new national museum.

Meanwhile, new housing is shooting up across the city.

These buildings aren't just designed to function sustainably, the city council is also making sure their construction has a limited environmental impact, too.

"We're using our market power to introduce fossil fuel-free construction," Trosdahl told DW. "So not only will the build in its lifetime be as sustainable as possible, but also during the construction period itself." 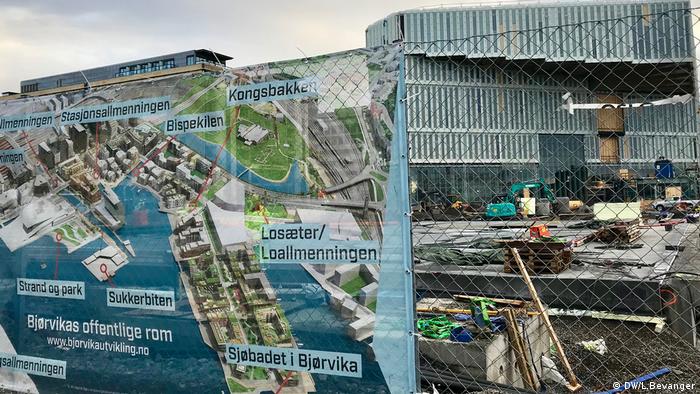 It may not look like much yet, but Oslo's new waterfront development promises to be a cultural and environmental hub

Further north, away from the waterfront, lies the Vulkan neighborhood — another hotspot for eco-conscious building. Back in the 1800s, it housed much of Oslo's manufacturing industry. Today, you can find bee hives on the rooftop of one of the modern buildings here — the Scandic Vulcan Hotel.

"This summer we had 500,000 bees which produced 271 kilos of honey," Monica Egeberg, the hotel's general manager, told DW.

The hotel chain likes to see the bees as a symbol of its wider approach to the environment. "We are also nearly self-sufficient with energy," Egeberg says.

The hotel was built in 2011, when the rest of the old industrial area was redeveloped into a hip and happening neighborhood with bars, restaurants, entertainment, offices and housing.

A power plant built into the basement of an old industrial hall, which now also serves as Oslo's largest food court, provides more than 80 percent of all the electricity needed for the entire neighborhood using a heat recovery system from the food court, geothermal wells and thermal solar panels. 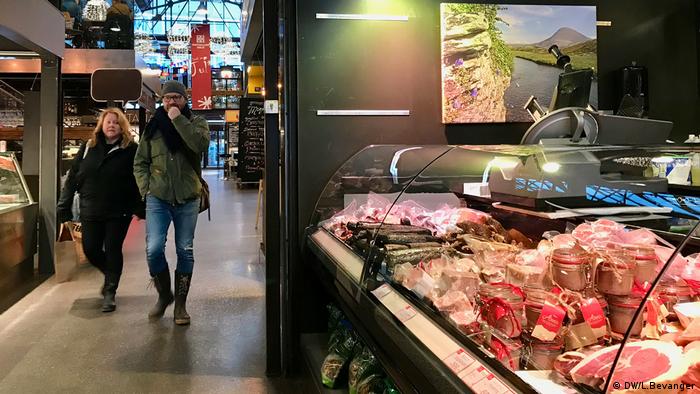 Beneath this fancy food hall, a renewable power plant supplies 80 percent of the Vulkan development's electricity

Green urban initiatives like these helped Oslo beat 13 other cities to the title of European Green Capital 2019. The competition, launched in 2008 by the European Commission, aims to showcase solutions that other cities might imitate or draw inspiration from.

On a global scale, Oslo is a small city. It has a population of less than 700,000. Its worthy efforts to cut emissions won't slow climate change much on their own. But Trosdahl says it's perfectly suited to pioneer ideas that could make a real difference internationally.

"We're big enough that we can test solutions that can also be transferred to larger cities," she says. "We're world-class when it comes to the introduction of electric vehicles for instance, and other cities can use our model."

Nearly half of all new cars sold here are fully electric. There are trams, electric buses and ferries, all running on renewable hydroelectric power. During the icy winters, a waste incinerator plant heats many of the city's homes.

The city aims to cut emissions by 36 percent from 1990 levels by the end of next year, and 95 percent by 2030. To achieve this, the city council has introduced its own climate budget — possibly the first of its kind in the world.

"We count carbon emissions in the same way as we count money," Oslo's mayor Raymond Johansen told DW. "All parts of Oslo need to report back how much they can reduce their emissions, on very clear significant goals."

The climate budget gives the council an overview of measures taken all across the capital, so it always knows whether Oslo is on track to reach its climate goals. So far, it is.

Will Oslo give up its cars?

Johansen heads a city government coalition comprising his own Labor Party, the Greens and the Socialist Left. Since coming to power four years ago, it has pushed its green agenda relentlessly, which some have resisted.

Businesses in particular have opposed making much of the city center car-free, and plans have been scaled back. Cars will be banned from some key streets, while in other areas more space will be given over to pedestrians and cyclists. 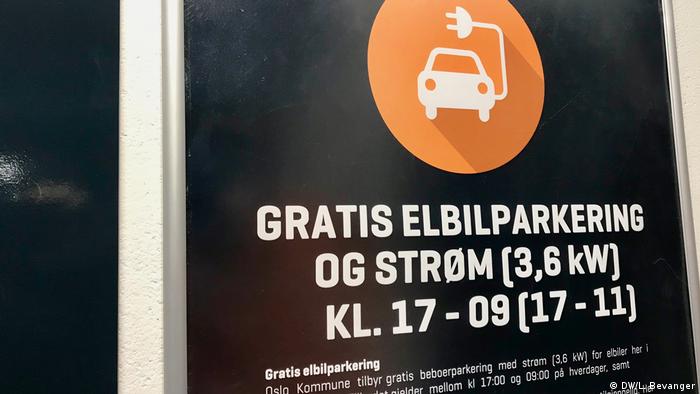 E-car drivers get perks, but are the poor being punished?

"The main challenge for us going forward now, is to reduce the number of private cars," Johansen says. But he admits it's a tough sell and says the city can't put too much economic pressure on drivers.

Fully electric vehicles are exempt from the tolls, helping the rapid increase in sales of non-fossil fuel cars. But it's a tactic that favors the better-off, with many who can't afford to trade in their petrol or diesel vehicles feeling unfairly punished.

Today the Norwegian Road Federation announced that Norway has hit a world record, with one-third of new cars sold last year being pure electric. The country uses tax breaks for electric cars as part of its plan to end the sale of fossil-fueled vehicles by 2025.

Still, most Oslo citizens do support the city's emissions goals. A recent survey found that three quarters of residents agreed it was important to do what is necessary to cut emissions by 95 percent by 2030.

Just over half said they supported the aims of making the city center car-free, while 63 percent said the measures introduced to reach the climate goals would make Oslo a better city to live in.

What do urban kids, picnic lovers, animals and bees have in common? They all need nature to be happy. A learning pack about the discovery and creation of green oases in the city. (17.12.2018)

From activists risking their liberty to block coal, to US businesses sticking with the Paris accord regardless of Trump, ordinary folk fed up waiting for change have outshone the big political players at COP24. (14.12.2018)