Over two dozen of the world's largest cities have seen emissions decrease over a five-year period, they have revealed. But a closer look at the list shows why it may be too early to celebrate. 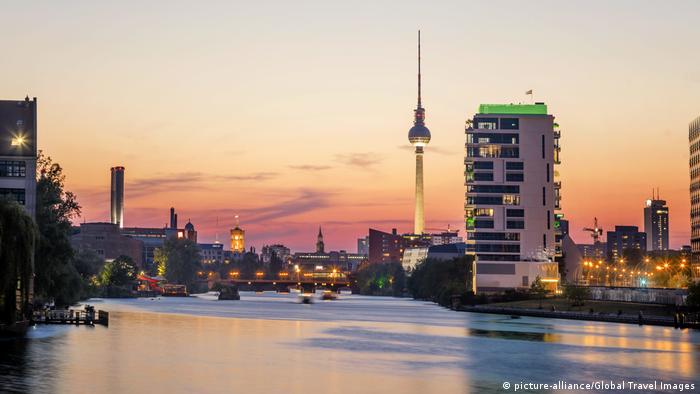 Twenty-seven major cities, including Berlin, London, Los Angeles, New York and Paris, have seen greenhouse gas emissions fall over a five-year period to levels at least 10 percent lower than their peak, they announced Thursday at a global climate summit in San Francisco.

The milestone was reached by cutting their usage of fossil-fuel-generated electricity, expanding their public transportation networks and reducing waste, according to C40 Cities, a network of large cities acting as leaders in combatting climate change.

With economies continuing to grow even as emissions stagnate or fall, "we can prove that we can also create jobs, create opportunities with the ecological transition," she said.

Thousands of politicians, climate activists and business leaders from around the world have descended on San Francisco to boost efforts to reduce global warming.

They are attempting to fill the void left by US President Donald Trump's decision to withdraw from the 2015 Paris climate deal, which commits countries to set their own plans for cutting emissions. The United States is the world's second-largest greenhouse gas emitter after China.

Experts have been warning that global warming is set to exceed the more ambitious limit of 1.5 degrees Celsius (2.7 degrees Fahrenheit) called for in the Paris Agreement.

The 27 cities that have seen their emissions peak are home to just 54 million people.

No city from the developing world made it to the list, underscoring the enormity of the challenge.

"We must strive toward funds going toward the ecological and energy transition where it is most urgent, including in developing cities," Hidalgo said.

Experts predicted that emissions in poorer countries may continue to rise over the next few years.

Hundreds of protesters chanted slogans calling on California Governor Jerry Brown, the summit's main organizer, to rein in oil drilling in the state.

Some of the protesters also stormed the venue during a speech by Michael Bloomberg, the former New York mayor and UN Special Envoy for Climate Action.

"Only in America could you have environmentalists protesting an environmental conference," Bloomberg quipped.

The goals of the Paris Climate Agreement are well-known, but how to reach them is still an open question. In December, the world's nations will agree on the rules, but what about the finance? (11.09.2018)