Since the beginning of the Crimea crisis, a number of OSCE missions have been in Ukraine. According to security expert Wolfgang Richter, they are not just there to check facts, they are also preparing a new politics. 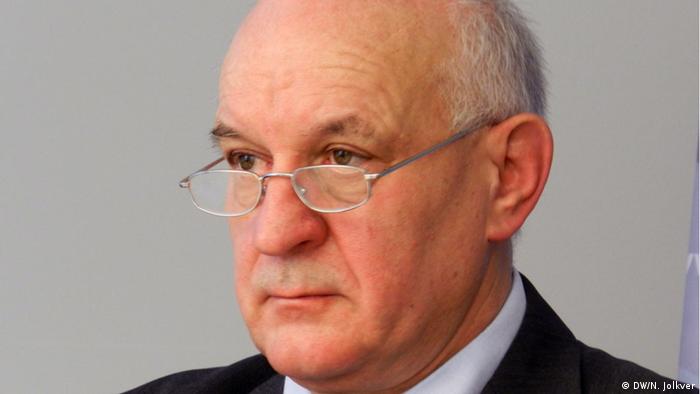 DW: The Permanent Council of the OSCE (Organization for Security and Co-operation in Europe) has decided to send an observer mission with 500 members to Ukraine. What is the OSCE's task in Ukraine?

Wolfgang Richter: Its task is to make a contribution towards de-escalation and stabilization, and to determine what the facts are. Currently there is one main ingredient and that's rumors. It is simply necessary to have neutral observers on site. Only facts can be a basis for political decisions, and to ensure that, the OSCE has decided to deploy this mission in nine locations, from the West to the East of Ukraine.

In addition to this big mission, the OSCE is deploying its entire repertoire of crisis management instruments, such as the Office for Democratic Institutions and Human Rights in Warsaw which will observe the elections on May 25. The High Commissioner on National Minorities is also there with an observer team as is the Representative on Freedom of the Media. As well as these autonomous institutions, we also have the whole panoply of instruments for arms control and confidence-building measures, such as inspections and observer visits and aerial reconnaissance - including over neighboring Russian territory. The OSCE is really the only organization which is working on the ground to carry out de-escalation and find out the facts.

What exactly does the work of the observers consist of? 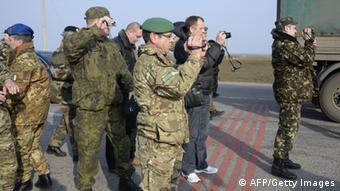 The observers are chosen according to a statistical rule from the 57 members of the OSCE. That way, we can be sure that we have a neutral combination on site and that there isn't a preponderance of one side or another. What do they actually do? They observe - with the help of photos and films - what's happening in the towns where pro-Russian movements have built up and stormed the town halls or administrative buildings. They try to determine who the people are and interview them, for example, to find out their motives. That all makes up the background for further political decisions.

The observers enjoy diplomatic immunity. That, of course, only applies to states which are involved: the whole thing can be quite dangerous since the individuals and groups, some of them armed, aren't parties to the agreements. It's the obligation of the state to ensure the immunity and security of the observers.

One doesn't hear that much about the OSCE. Who gets to read the reports?

The OSCE is organized in a hierarchy. That means we have individual teams in nine cities in Ukraine. They have to agree as to what they have seen. They don't have the task of interpreting that politically. The teams report to the head of the mission, and the reports then go directly to the individual states.

What is the best that the OSCE could achieve?

In the best case, it could de-escalate, especially in Eastern Ukraine. But even in Western Ukraine there are armed groups which still have control of the situation. Here we have to ensure that the monopoly of power returns to the state and that agreements are held.

Another important point: Ukraine must remain stable as a state and must return to inner peace. In order to do that, pro-Russian and pro-Western tendencies have to come closer to each other so that something like a national identity emerges. It would be a task for the OSCE to help with that, since, unlike the EU or NATO, it's an inclusive organization involving all the states, including the Russians.

In the long term, the OSCE could also encourage processes of thought. The question might be: was it really sensible to take a country which is domestically torn between pro-Russian and pro-Western tendencies and to try to pull it to one side or the other? This is the post-Soviet area here, where both tendencies lie very close together. Against that: it's the long-term goal of the OSCE to have a pan-European security area without any dividing lines.

Wolfgang Richter is a security expert with the German Institute for International and Security Affairs and a former OSCE observer.