Organized crime poses major threat to Asia-Pacific nations | Asia | An in-depth look at news from across the continent | DW | 26.02.2015

Asian nations are facing an evolving threat from the linkages between organized crime and terrorist groups, which are creating a wide range of risks to the countries' national security, economist Rajiv Biswas tells DW. 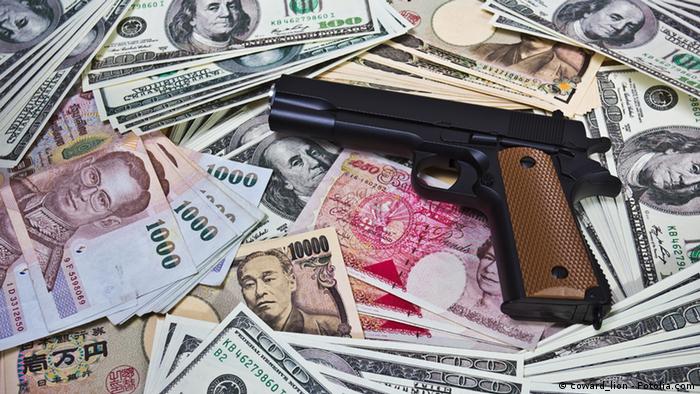 The countries in the Asia-Pacific region have seen rapid economic expansion over the past few decades. This growth has contributed to an improvement in the living standards and transformed whole societies. As wealth increases and infrastructure improves, so does regional connectivity.

However, these changes have also made it easier for organized crime groups to indulge in drug and human trafficking, prostitution, and counterfeiting, among other activities.

Transnational organized crime is reported to be on the rise in the region, with organizations such as the United Nations Office on Drugs and Crime (UNODC) warning about the political and economic impact of this development. But the implications of organized crime are not limited to one particular region, and may have a global impact.

In a DW interview, Rajiv Biswas, Asia-Pacific Chief Economist at the analytics firm IHS, says that organized crime groups have become increasingly sophisticated in laundering the proceeds of crime into legitimate businesses and explains how these groups could undermine the rule of law and good governance in Asia. 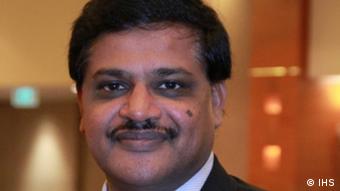 DW: How large in scale is organized crime in the Asia-Pacific region?

An estimate for the size of Asian transnational crime earnings can be deduced by applying the same percentage share to Asian GDP.

In 2014, the total GDP of the Asia-Pacific economies, including China, Japan, Australia, and East Asia, was around 24 trillion in nominal USD terms. Therefore using the UNODC global estimate, this would translate into an estimated 360 billion USD of annual revenue for Asia-Pacific transnational crime organizations.

For Australia alone, the Australian Crime Commission has estimated conservatively that the total annual earnings of organized crime groups are in the order of 15 billion AUD each year.

What are the links between organized crime groups and terrorism?

An evolving threat is from the linkages between organized crime and terrorist networks, which creates a wide range of risks to national security for Asian nations.

'A muzzle on free speech across the Asia-Pacific'

Speaking out is becoming a crime in many Asian countries, leaving media and civil society less space to operate, Amnesty International's Richard Bennett told DW, as the rights group released its annual report. (25.02.2015)

These threats include the use of organized crime smuggling operations to transfer terrorists and their weapons worldwide, as well as co-operation between organized crime networks and terrorist groups for funding terrorism through illegal activities, such as drug trafficking of opium from Afghanistan.

What is the main impact of these organized crime activities on Asian nations?

Such large amounts of illegal earnings by organized crime groups, estimated to exceed 350 billion USD each year, give considerable power to organized crime to undermine the rule of law and good governance in Asia.

With corruption already a severe problem in many Asian countries, a significant proportion of these vast amounts of criminal funds will inevitably be used to buy the allegiance of corrupt officials in key government roles to allow the organized crime groups to pursue their illegal activities.

What are the main sectors where transnational organized crime groups are operating in Asia?

Are the organized crime groups moving into new areas of activity?

Organized crime groups have become increasingly sophisticated in laundering the proceeds of crime into legitimate businesses, by establishing front companies which are operating legal businesses and can be used to purchase property or hold financial assets. 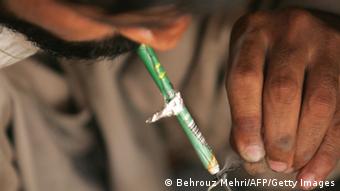 The legitimization of the criminal assets of organized crime groups through legal businesses also helps to facilitate their international expansion and helps to camouflage and disguise their illegal cross-border international activities, such as drug trafficking of opium from Afghanistan, which has helped to fund Al Qaeda as well as Lashkar-e-Tayyiba.

How are Asian governments responding to the threat of organized crime?

ASEAN and Japan have also established a framework for co-operation on transnational crime, with the first ASEAN Plus Japan Ministerial Meeting on Transnational Crime held in September 2013. Similarly ASEAN also has established a ministerial dialogue with China, with a regular AMMTC+China meeting.

However, it is clear that Asia-Pacific nations need to substantially ramp up their campaign to fight transnational organized crime and allocate far greater resources to tackling this escalating problem.