Options dwindle for US after North Korean nuke test | World | Breaking news and perspectives from around the globe | DW | 12.02.2013

Options dwindle for US after North Korean nuke test

In the aftermath of its third nuke test, North Korea has warned the United States that further 'action' may follow. Washington has few options to stop Pyongyang from advancing its atomic weapons program even further. 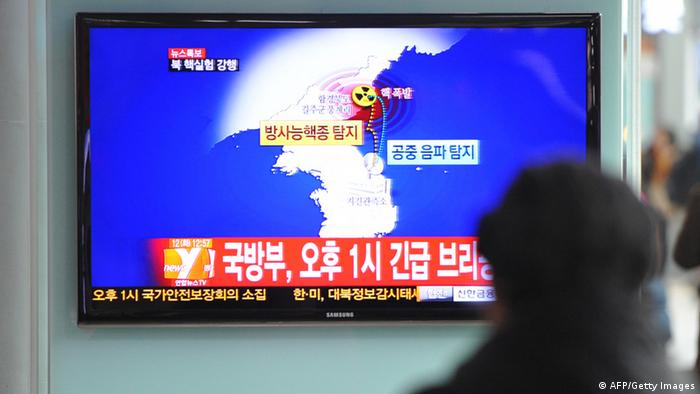 For the third time in less than a decade, North Korea detonated a nuclear weapon on Tuesday in violation of United Nations resolutions. The test came one year after Pyongyang had agreed with the United States to implement a nuclear moratorium in exchange for food aid.

That February 2012 agreement had raised the prospect of a thaw in relations between Washington and Pyongyang. But North Korea's nuclear test, twice the size of its 2009 detonation, has placed the reclusive communist state on an increasingly confrontational course with the US and its regional allies. Kim Jong-Un's regime had also defied UN resolutions by launching missiles in April and December of 2012.

"Far from achieving its stated goal of becoming a strong and prosperous nation, North Korea has instead increasingly isolated and impoverished its people through its ill-advised pursuit of weapons of mass destruction and their means of delivery," said US President Barack Obama Tuesday in a statement calling for "swift and credible action by the international community."

The UN Security Council has condemned the nuke test, while the US has threatened more sanctions. But Pyongyang has warned Washington that it is prepared to take unspecified further "action." 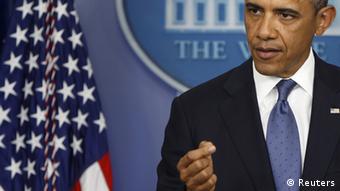 'Swift, credible action' is needed, Obama declared after the test

"If the US further complicates the situation with continued hostility, we will be left with no choice but to take even stronger second or third rounds of action," the North Korean Foreign Ministry said in a release carried by the country's official news agency.

According to Richard C. Bush, the Obama administration pursued negotiations despite its own skepticism about North Korea's seriousness. But with the collapse of the February 2012 agreement, Pyongyang has demonstrated that it "is not a credible negotiating partner," said Bush, who serves as director of the Center for Northeast Asian Policy Studies at the Brookings Institution in Washington.

"The best conclusion you can draw from North Korea's pattern of actions over the last four years is that they're intent on continuing their nuclear weapons program," Bush told DW. "They're intent on acquiring the ability to strike the United States, and that goal is contradictory to six-party talks."

Those talks began in August of 2003 and brought together China, Japan, North Korea, Russia, South Korea and the US. Despite six rounds of negotiations, diplomacy has done little to slow North Korea's advancement toward full nuclear capability. In 2006, Pyongyang detonated its first nuclear device, resulting in UN sanctions. Three years later, it detonated a second device.

"I think six-party talks are dead, and they're not going to be revived," Stephanie Kleine-Ahlbrandt, the International Crisis Group's Northeast Asia director, told DW. 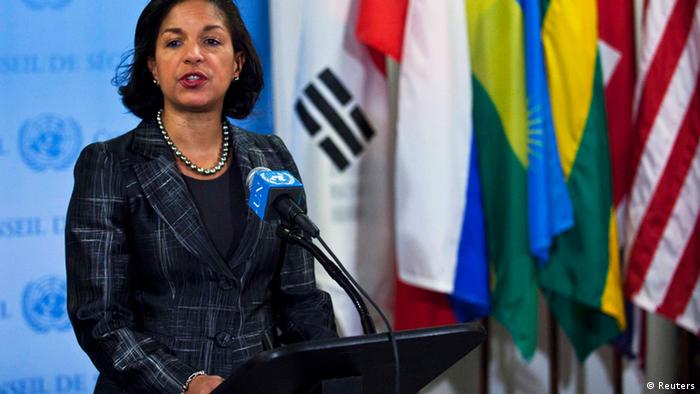 Kleine-Ahlbrandt believes there is a fundamental cultural disconnect between the Western view of sanctions and the North Korean perspective on security in the region. While Western nations assume that sanctions will force Pyongyang to conduct a cost-benefit analysis of its actions, in reality the regime is built on a paranoia that demands military deterrence against foreign powers.

"North Korea is not integrated into the world economy because its whole economic style has been 'Juche,' which is essentially self-reliance," Kleine-Ahlbrandt said. "So you're going to have less ability to influence them."

But North Korea does want to become more integrated in the world, according to Bush. And combining tougher sanctions with the offer of better international relations could change Pyongyang's thinking over the long term.

"The goal of the Obama administration is to sharpen North Korea's choices between pursuing nuclear weapons on the one hand and being included in the international community on the other," he said.

However, Kleine-Ahlbrandt is more than skeptical that simply adopting new UN resolutions and sanctions will stop Pyongyang from advancing its atomic program.

"The North Koreans would eat grass for 100 years to keep their program," she concluded.

Nuclear test is part of a dangerous balancing act

Pyongyang has carried out its third nuclear test, provoking angry criticism across the world. The UN Security Council has condemned the move in strong terms after calling an emergency session. (12.02.2013)

Dissident North Korean reporters claim that more than 10,000 people have died of starvation in the Hwanghae provinces while the government pays little attention to the misery of the people. (08.02.2013)