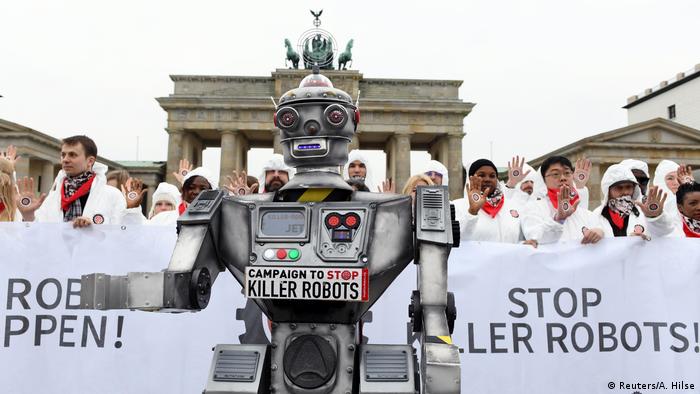 Coalition parties used their Bundestag majority on Friday to scupper a set of pleas from opposition parties to work towards a global ban on autonomous weaponry with no human input.

The opposition Greens had demanded that Merkel's coalition press for progress on stalled talks — via the United Nations' 1980 Convention on Certain Conventional Weapons (CCWC) — with a view to developing a ban on "lethal autonomous weapons systems" and avoiding a potential new arms race.

Since 2014, eight meetings have been held in Geneva with no headway, largely due, says Human Rights Watch (HRW), to US and Russian insistence that definitions be first clarified. Favoring a ban via 11 guiding principles are more than 120 nations, with a follow-on conference due in 2021.

HRW's Mary Wareham, who heads the Campaign to Stop Killer Robots, told DW that "unacceptable" Russian and US standpoints amounted to the superpowers not wanting "to see any legal outcome, a new treaty or protocol."

"You could program the weapon system to go out and to select and attack an entire group or category of people, which is a very dangerous proposition," said Wareham, adding that the US had already looked at "targeting military age males in Yemen."

In its motion, the opposition Left party had demanded that Germany itself institute a moratorium on such autonomous weapons development, coupled with a push for an international ban.

The Greens, in another defeated motion, had also demanded that Germany seek an amendment to the European Defense Fund, created by the EU in 2017, to block EU research spending on such weapons.

That motion was also rejected in parliament by Merkel's coalition, which had said it did not want such weaponry in its so-called "coalition contract" of 2018, a document setting out the parties' combined plans for this period of government.

In committee stages, Merkel's conservative Christian Democratic Union (CDU) and Bavarian sister party the Christian Social Union (CSU) said they wanted existing international law upheld but were "open to the use of artificial intelligence, also in the military area."

Instead, the SPD preferred a public hearing on what are often euphemistically called "killer robots" in Germany. Critics say German arms manufacturers have been hawking new weapons with autonomous functions at defense sales expos. 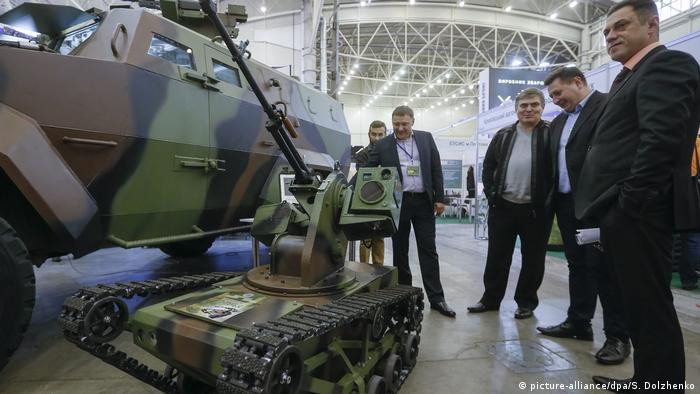 Greens parliamentarian Katja Keul told parliament in Berlin Friday that since 2016 a government expert group had merely mulled over "whether" and "how" to regulate such weapons.

Through automation, out of direct control by soldiers, said Keul, lethal capability would be put "in the hands of private IT companies."

It violated human dignity as a basic right when a human life became merely the "object" of a machine-based decision, said Keul. 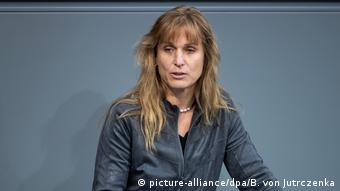 Coalition of the willing is needed, says Keul

"What a horrific vision, machines killing people en masse, without resistance, self-determined and efficient," said Left parliamentarian Kathrin Vogler, adding that this scenario was becoming a "very concrete" prospect. She called on Merkel's coalition to ensure that a European Parliament resolution on abolishing automated weapons systems "be implemented."

Christian Schmidt, speaking for Merkel's CDU-CSU parliamentary group, referred to Germany's past experience of the 1970s when former East Germany used automated devices to shoot Germans trying to flee to the West.

"Those were offensive weapons of the NVA, the border troops of the GDR [East Germany]," said Schmidt, who also referred to World War One mechanized warfare and insisted that modern weaponry required "sober" scrutiny via a "different, stronger ethos."

Analysts say military robots are no longer confined to science fiction but are fast emerging from design desks to development in engineering laboratories and could be ready for deployment within a few years. Semiautomated weaponry, most notably aerial drones, has already become a core component in modern militaries — but still with a human operator in control remotely.