Opinion: Why I decided to get the AstraZeneca vaccine

As a young woman, I was wary of getting the AstraZeneca vaccine, which may have a slightly higher risk of rare blood clots for people in my age group. But then Berlin opened up the vaccine to all adults. Decision time. 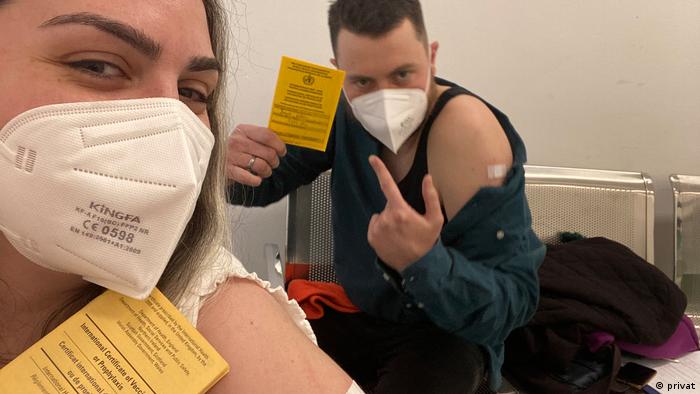 Beatrice Christofaro was eligible to get the AstraZeneca shot when Berlin opened up the vaccine to all adults.

"Would you take AstraZeneca if you could?"

Not even two weeks ago, my friends and I grimaced at the thought. We were on what felt like our 100th pandemic walk, discussing the possibility of getting vaccinated. For many of us 20-somethings, this still felt like a possibility in the distant future.

I was almost relieved I was so far down the vaccination line that AstraZeneca, a shot linked to rare cases of blood clots, wasn’t an option for me.

The majority of these cases were found in women under 60, which I found disconcerting as a young woman myself.

At the time, Germany was only administering AstraZeneca to people over 60 after walking back on a complete suspension. Countries like Belgium and Spain had similar age limits, and Denmark even halted the vaccine indefinitely.

I read articles explaining the minuscule chance of developing thrombosis or abnormally low levels of platelets, as well as the European Medicine Agency’s assurance that "the benefits of Vaxzevria (AstraZeneca) outweigh its risks in adults of all age groups."

Indeed, there was even a study saying the risk of developing a blood clot was higher with COVID-19 than with vaccines.

But the sheer amount of media coverage, especially in Germany, and armchair speculation since AstraZeneca came on the market unsettled me.

Would the benefits of immunization really outweigh the dangers for me?

Are vaccine side effects worse for women?

AstraZeneca for all Berlin adults

Then my hometown Berlin opened up AstraZeneca to all adults without prioritization.

Suddenly I had the chance to receive my first jab several months earlier than expected. There was a light at the end of the tunnel: Guilt-free meetings with my vaccinated parents and friends were now a feasible reality.

And only 10 days after my worried conversation about AstraZeneca, I found myself getting vaccinated.

"This doctor is giving out shots today!" a friend had tipped me off in a voice note. "Astrazeneca is the problematic one, I guess. Whatever," was my friend's take.

To my surprise, my doubts subsided pretty quickly. The AstraZeneca vaccine became a real possibility as opposed to an abstract choice I would probably never have to make.

So I tried to understand why I had been inflating the risk so much.

In Germany, an estimated 0.001% of the millions who received AstraZeneca developed a blood clot as of April 21, according to the country's medical regulatory body, the Paul-Ehrlich-Institut. That's one in 100,000 vaccinations. Even fewer have died from it (12 out of 4.8 million who received the vaccine in Germany, to be more precise).

But because of the barrage of headlines around the AstraZeneca shot and the ever-changing guidelines alternating with rounds of suspension — at some times for certain age groups, at other times for all — my perceived risk took on new dimensions in my head.

Virologist Sandra Ciesek explained in the Coronavirus Update podcast: "Because of all of the media coverage and the attention that was given to the topic, many people overestimate their risk of developing a thrombosis."

So I don't blame some older Berliners for refusing to take AstraZeneca, as local media reported. But if they aren't using their doses, shouldn't I? 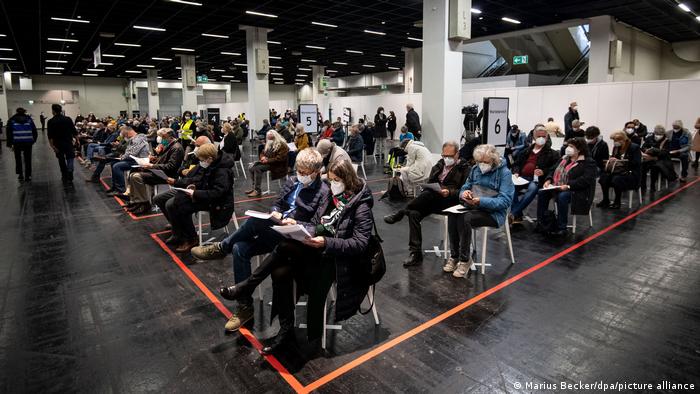 When Germany opened AstraZeneca to all people over 60, demand at first was great

What really helped dial down that risk perception was seeing young people around me were also willing to get the jab.

When the news broke that we could get vaccinated in Berlin, excitement started to grow, and my WhatsApp groups were filled with advice on which waiting lists to get onto at which doctor.

Not taking this step alone has made all the difference.

And as someone who obsessively refreshed Germany's vaccination tracker every day, I was excited to join the growing percentage of people getting immunized to protect themselves and those around them.

I can't say I've completely rid myself of unease. Of course, I'm going to keep monitoring my body for signs of blood clots: extreme headaches, chest pain, swollen arms or legs, or pinpoint red spots on the skin.

Luckily, I'm only dealing with a sore arm and some fatigue for now.

Some of my friends prefer to hold off until they are eligible for other vaccines like BioNTech-Pfizer or Moderna. I respect that choice.

But for those who are on the fence, I share with you this: The moment I got my AstraZeneca shot and celebrated with a soda outside a kiosk was the most hopeful I've been since the pandemic started.

Germany: Verdi calls on Amazon staff to strike for three days 10h ago

US envoy in Seoul, hoping for 'positive' North Korea response 13h ago

Opinion: New Berlin refugee museum must be a place of reconciliation 44m ago