Opinion: Why Europe cannot be complacent about its recent economic success | Business | Economy and finance news from a German perspective | DW | 24.04.2018

Opinion: Why Europe cannot be complacent about its recent economic success

Europe's economy is growing at its fastest in over a decade but there's no room for complacency. Storm clouds are gathering and the future looks far less rosy, says DW Business Editor Daniel Winter. 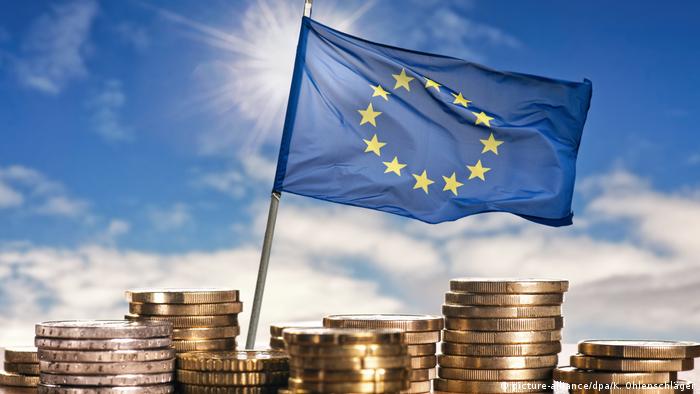 "High spirits among German businesses have evaporated," began Ifo's business climate report, released this week. Yet, German companies are riding high, with their assessment of the current business situation perky and their capacity above the long-term average. Why so gloomy, Germany?

It's hardly just Europe's biggest economy that should be worried. The gathering storm clouds on the continental economic horizon are very real. Recent projections by the International Monetary Fund (IMF) and the World Bank see the global growth slowing in the coming years, blaming "tightening financial conditions" and "trade tensions." The contagion will reach Europe.

The ongoing trade spat between the EU and the United States could resolve itself as soon as this week, but the uncertainty caused by the future trade relationship on top of worries over a US-China showdown, has made businesses less willing to pour their money into new or expanded projects. 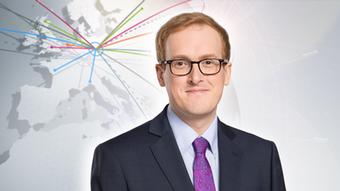 That trade war uncertainty will keep the European Central Bank (ECB) on the side of continuity rather than shaking things up, meaning the risk of tight financial conditions will also come from abroad. After all, Eurozone inflation currently stands at 1.3 percent far below the European Central Bank's "close to 2 percent" target. Plus, the ECB has long resisted the wishes of politicians, banks and savers alike to increase rates.

Instead, look once again to the United States. At first glance, there's a silver lining in the storm clouds. Projected rate hikes from the Fed this year will strengthen the dollar, and as such the euro will weaken, making Europe's exports more appealing. However, investors are likely to shift their positions into the dollar, meaning less capital flowing into Europe. Perhaps not enough to hurt a developed economy like the EU but enough to make businesses reconsider their current growth plans.

What will hurt is an American economic slowdown. The old aphorism 'when America sneezes, the rest of the world catches a cold' applies today as it ever did. Investors in American debt are indicating their worries about the future, as they pile into long-dated bonds and file out of short-dated Treasury notes. They're betting on increased inflation in the near term, which will eat into their profits; and the accompanying rates rises, which slow the economy.

US bonds have been extremely reliable in predicting oncoming recessions and those warning lights are now flashing amber. As the EU's biggest export partner, this slowing of America's economy will mean less demand for European goods and services.

You wouldn't know it by looking at the current, healthy 2.4 percent GDP growth rate. But if the projections are accurate, a slowdown could come as soon as 2020. Europe is making hay while the sun shines. Enjoy it while it lasts.