It's right to take precautions; the coronavirus is not to be trifled with. Even without a vaccine, there's no need to panic. But we do so anyway, says DW's Jens Thurau after covering the outbreak. 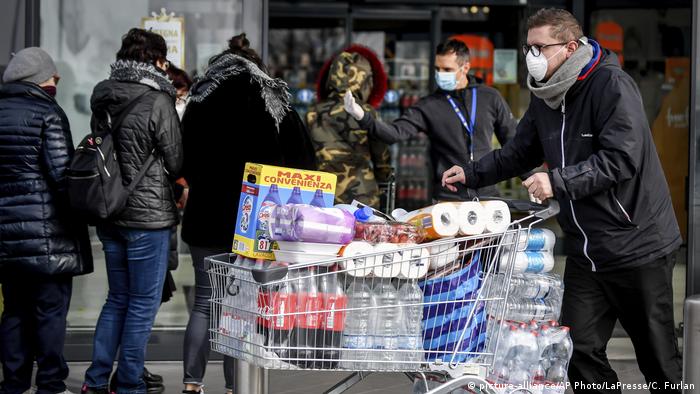 The taxi driver who drives me from our editorial office to the Robert Koch Institute in Berlin has her own view on the number one topic in Germany. She asks: "What happens if the newspapers write: 'Don't be afraid of the pink elephant! Then people will say: 'Oh God, we have pink elephants here?'"

That is an accurate description of what Germany is currently experiencing with the new virus from China. Business trips are being canceled, including domestic ones. Bottles of disinfectant are suddenly mounted on office walls.

People want to be tested even if they show no or only minor symptoms. Trade fairs are being canceled, party conferences are on the brink. And yet every morning the train is tortuously full as usual. And why wouldn't it be? Should we really follow the advice of scientists and go into closed quarantine?

Read more: Coronavirus, cold, or flu symptoms? When you should be worried

Do we have to stockpile now?

No we don't. Although, the scientists are also right, strictly speaking: If everyone would sit still where they are for two weeks the virus would hardly stand a chance. But unlike in Italy, for example, the epidemic in Germany is, as the experts tell us, still in the "containment" phase. In other words, infected persons are isolated and treated, contact persons are tracked down. A kindergarten or a school might be closed down, but not the whole country.

So do we have to do our panic-buying now, as some have already done here and there? When a whole society is gripped by fear, all good manners fall by the wayside: Unfortunately, one must say, especially German society. So people are hoarding protective face masks, even though, the experts tell us, they are of no use, but are urgently needed in hospitals and doctors' surgeries. Moreover, is obviously criminal to steal masks and sell them at a marked-up price on the internet. But it can only happen because people easily fall into hysteria and create the illegal market in the first place.

At press conferences with Health Minister Jens Spahn or the experts from the Robert Koch Institute, Germany's main public health authority, some journalists' questions actually only prove how stupid people can be. Why is there still no vaccine, one asked, with accusatory undertone? Virologist Christian Drosten, now known throughout Germany and a regular guest on television, who is feverishly researching a corona vaccine with his international colleagues, is forced to make an effort to control himself with difficulty and repeat the same lines: The virus is new, many things are still unknown, we are working on it, but there is no faster way. His expression shows that he thinks the press conference is wasting his time.

So we grope our way through the epidemic. The ITB international tourism fair in Berlin is canceled, the Hannover industrial trade fair postponed. But the Bundesliga is still playing in full stadiums. The president of the Robert Koch Institute, Lothar Wieler, is not really getting through with his message that most new infections are now happening within Germany, so people are hardly bringing the virus from abroad anymore. This is good news because it means that there are probably fewer contact people to find and the experts can concentrate on fighting the virus at home. 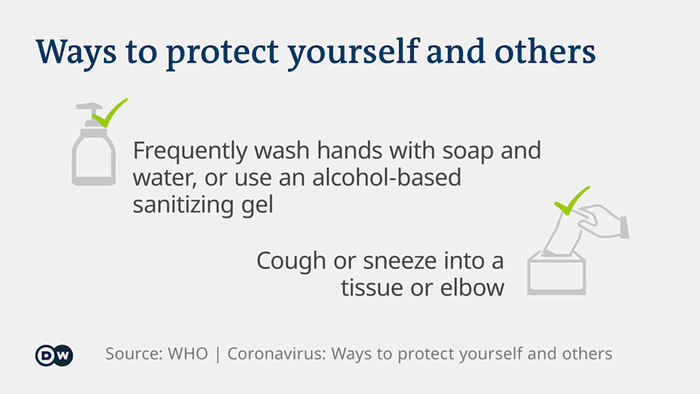 In essence, then, we are dealing with a collective fear event. In our prosperous, technically-controlled and automated world, we are no longer used to things being unpredictable. And so therefore we like to assume the worst.

What we have been familiar with for a long time are the flu waves during the cold season. Just for comparison, as of Friday, March 5: Since the beginning of the year, over 100,000 people in Germany have fallen ill with flu and around 200 have also died of it. Among them are many old, already sick and weakened people. But this number does not make the headlines.

It is like flying: Experts and statisticians never tire of pointing out that the airplane is the safest of all means of transportation. The risk of dying in road traffic is much higher. But the images of horrible plane crashes just keep on etching themselves onto our brains. The many thousands of successful take-offs and landings, every day, just happen, and aren't worth a headline.

On the whole, my impression is that doctors, nurses and scientists in Germany are still managing the coronavirus well. Certainly, the health system has weaknesses, the health authorities in the municipalities are overstretched and short of staff. And globalization has its insane sides, which has become apparent by how many drugs are produced in China that we are now short of.

When I get really upset about little things at home, my kids like to tell me: "Chill out, Dad!" Which really annoys me. But now I can say it too: "Chill out, Germany!" Let's take the virus seriously, listen to the experts, and keep our nerve. Don't forget to wash your hands, refrain from shaking hands in greeting, and instead smile nicely. And let's not assume the worst.

People crowded onto trains to preempt draconian government measures to stop the spread of COVID-19. Italian media and politicians have been criticized for the confusing rollout of the new controls. (08.03.2020)

Italy has witnessed a surge in new coronavirus cases, prompting new measures to stave off the outbreak. Rome has enacted sweeping measures to limit mobility and assembly in the region of Lombardy and 14 nearby provinces. (08.03.2020)

Coronavirus in sub-Saharan Africa: A week in review

As the region faced up to the COVID-19 outbreak and some 10 confirmed cases, it celebrated a milestone in the second-worst Ebola epidemic ever and battled the world's worst measles epidemic as well. (08.03.2020)

Gabby Petito: US authorities find body believed to be of missing woman 43m ago