Opinion: US voting rights restrictions are a warning to all democracies

New restrictive voting laws in many Republican-ruled US states are hollowing out citizens’ basic civil rights, especially those of African Americans. DW’s Ines Pohl says an existential attack on democracy is underway. 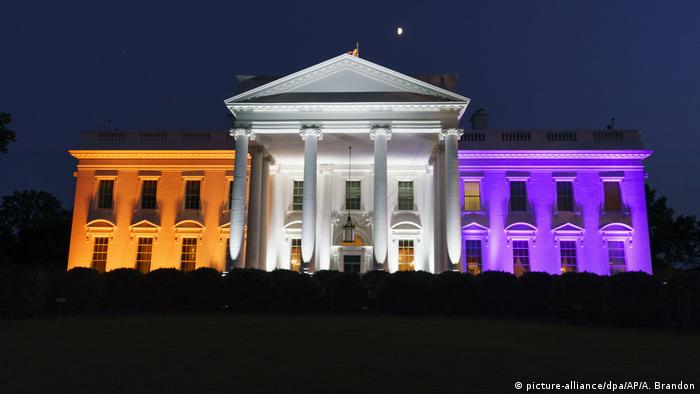 The person who resides here should represent all Americans, irrespective of gender, skin color, religion or origin

On the surface, it all seems to be nothing more than a classic US power struggle of the kind presented to the rest of the world in many a Netflix series. In this two-party country, it is often a dubious political custom to thwart the other party by any means and to prevent the ruling party from scoring any political successes in order to win back a majority in at least one, if not both, houses in the midterm elections. And it should not be forgotten: These are tactics that Democratic politicians have also used in the past.

But what is currently happening in the US is something more fundamental, more existential. After four years of Donald Trump and a Republican Party that remains firmly caught in his web of lies, it is nothing less than the entire political system that is at stake. That may sound exaggerated, but it is not.

A true democracy is characterized by the fact that all citizens have the right to vote freely and secretly, regardless of origin, sexual orientation, religion, age or income.  But it is precisely this right that is currently being undermined in parts of the US. Republican governments in 14 states have already changed election laws, and several more are set to do so. The goal is to minimize the ability of Blacks and other minorities to influence the outcome of elections and to bolster the Republican Party's hold on power. This is how the party is trying to secure its future in a country where the white majority will be a thing of the past in a few years' time.

To this end, boundaries of congressional districts are being redrawn, it is being made mandatory to present proof of identity to vote, non-recent signatures are being declared invalid and absentee voting is being abolished or made more difficult. The state of Texas is even going so far as to prohibit voting on Sunday mornings — the time many Black Americans tend to head for polling stations, combining their democratic rights with their churchgoing.

What's most dangerous, however, are the legal reforms making it much easier for election commission chairs to simply declare elections invalid. To put this in context: A broad majority of Republicans claim to this day — without any evidence and despite all recounts to the contrary — that Donald Trump actually won the presidential election last November.

These are extremely grim developments with hardly foreseeable consequences — not only for the upcoming midterm elections at the end of 2022, but also for the next presidential election in 2024. That's because ultimately, both chambers, the Senate and Congress, must certify the results of the vote by the so-called Electoral College so that the president elected by the people can actually take office.

It was precisely this process that Donald Trump's supporters tried to stop on January 6 by storming the Capitol. Since then, democratic forces within the United States have been in a state of alarm and realize just what is at stake.

All democracies should pay close attention

All democracies around the world should watch the situation in the US closely and draw lessons from it:

1.  There is no such thing as being a bit anti-democratic. Forging coalitions with anti-democratic persons and parties as a strategy to gain or retain power is a bad idea. The Republicans are discovering they can no longer restrain the populist spirit unleashed by Donald Trump.

2. No one has found an answer to the question of how to break up social media echo chambers. The US is a disturbing example of how quickly facts can be replaced by lies when the latter support people's own worldview.

3. Politicians' credibility starts with respect for voters. The presidency of Donald Trump was made possible partly by the arrogance of the liberal political elite, which simply ignored the concerns of many Americans.

4. Democracies can survive only with an independent, critical media that is capable of dialogue and reaching a broad public.

5. And the most important thing of all is educating young people in media literacy and encouraging them to think for themselves. It all starts at school. But that is also where everything can end.

Opinion: Pakistan is pursuing an unrelenting assault on journalism 3h ago