Images of the migrant masses in Calais could provide the EU naysayers in the UK with the shot in the arm that they need to argue that Britain needs to get out of the European Union, as Laura Kelleher writes. 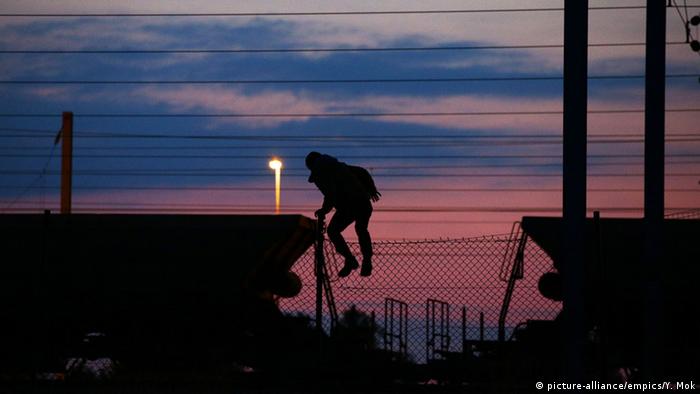 The striking images of the camps in Calais - reportedly home to up to 5,000 people - and footage of migrants entering the Channel Tunnel may provide the nascent "No" campaign with a shot in the arm in the forthcoming referendum on the United Kingdom's EU membership. One thing is for certain, the "Yes" campaign will struggle to find an image that brings their arguments to life quite as well.

But it's not just the images of Calais that will cause problems for UK Prime Minister David Cameron. Even without the steady images from Calais, the No campaign will already benefit from the fraught and often emotive terms of the UK immigration debate.

In the years since the 2004 EU enlargement round, Euroskeptic campaigners - most notably the UK Independence Party led by Nigel Farage - have been able to link public concerns about immigration levels to the United Kingdom's membership in the bloc.

Before 2004, few people spoke about immigration in terms of EU membership. Free movement was seen to be in the UK's interest or, at the very least, of mutual benefit. In the seven years that followed the enlargement round of 2004, approximately 1.5 million people from the eight new EU member states moved to the UK.

The government had not predicted thisscale of migration (apparently, officials had expected numbers of up to 10,000 a year), nor had it predicted what this would mean for the national conversation on migration. As a result, Labour and the Conservatives alike let the new narrative that EU membership had taken away control of our borders go unchallenged for too long. 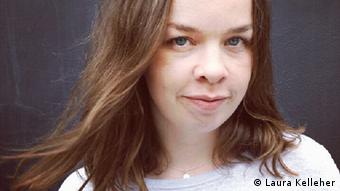 Laura Kelleher of the European Council on Foreign Relations

And while there is very little to suggest that a British exit from the EU would improve the situation, Euroskeptic campaigners will continue to return to the totemic idea that the UK has lost control of its borders. The fact that most of the migrants trying to reach the UK via Calais are from outside the EU will do little to stop it being rolled into the wider debate about immigration and EU membership.

Pro-Europeans will need to find ways to point out that a British exit wouldn't change the facts on the ground - migrants from outside the EU will still make the journey to Calais, and with no UK Border control in France under the terms of a Brexit, Calais would effectively move to Dover.

The umbrella of groups that will come to form a Yes campaign in the coming months will have a role to play here. The Yes campaign will have more flexibility and political cover than Cameron to make these arguments, and will need to start by establishing that the UK is not alone in facing this problem, but that this is a global migration crisis.

After all, according to UN figures, Germany received more than 202,000 asylum applications in 2014, followed by Sweden, Italy, France, Hungary and then the UK. A common EU approach is needed, but before that must come honest discussions about non-EU migration and realistic talk about burden-sharing.

The UK - and other member states besides - cannot afford to look the other way when it comes to addressing the crisis in Europe's neighborhood. At the same time, Cameron and his colleagues in Europe will not be able to move to more long-term conversations about how to tackle political instability in the neighborhood until they have at least begun to address the concerns of their voters at home.

It will be of little comfort to Cameron and Yes campaigners in the run-up to the EU referendum to know they are not alone in facing this task.

Laura Kelleher is Advocacy & Council Manager and an expert on the UK's European Policy with the European Council on Foreign Relations.

Opinion: Sit tight until summer, amid Germany's lockdown 14h ago