Opinion: Turkey is stuck in a bind over energy 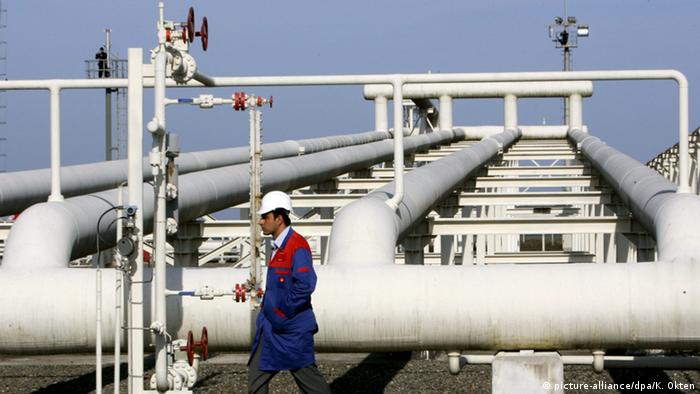 The political tension between Russia and Turkey continues to grow following the downing of a Russian SU-24 warplane by Turkish F-16 fighter jets in late November.

Taking into account Turkey's dependency on Russia for energy imports, there are wide expectations of a possible gas flow interruption from the existing two gas pipelines. Trans-Balkan/Western Pipeline and the Blue Stream supply Turkey with 55 percent of its yearly gas consumption. If there were an interruption, not only households but mainly power generation and industrial production would be significantly damaged.

To be more specific, 48 percent of the gas imports - which is practically equal to consumption, since Turkey is 99 percent dependent on gas imports - is used for generating electricity. 25.4 percent goes to the industrial production while 19.1 percent is consumed by households. It goes without saying that in case of such an interruption to gas flows from Russia, Turkey's power system and the economy in general would be severely damaged.

Coldest days yet to come

Turkey's President Erdogan recently visited Qatar and reportedly signed more than a dozen agreements (or MOUs) with Emir Sheikh Al Thani, including trade in liquefied natural gas (LNG) supplies from the country, which ranks third for its proven gas reserves after Iran and Russia. 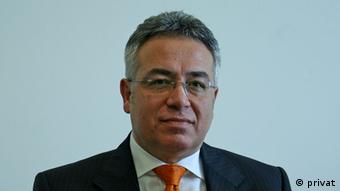 Most of the media in Turkey is now under the control of the Justice and Development Party (AKP) government, and they baselessly claimed that Qatari gas supplies would be a replacement and a slap in the face for Russia if Moscow cut gas supplies to Turkey. Furthermore, some claimed that Azerbaijan had enough reserves to supply Turkey for 50 years. Gas reserves in the northern region of Iraq were also mentioned as a third alternative to Russian gas.

While it's quite unlikely that Russia will soon stop its gas supplies to Turkey, if it were the case, an objective analysis of Turkey's import infrastructure shows that these "options" are neither valid nor even possible solutions.

Turkey is not facing its coldest winter days yet, and daily gas consumption is reported to be around 150 million cubic meters a day, while contracted volumes to include gas storage and the private sector LNG supply potential totals 196 million cubic meters a day. However, on extremely cold days last year, consumption was as high as 230 million cubic meters per day, and significant gas cuts were unavoidable, starting from some industrial plants and later extending to the power sector. Such dependence (55 percent for gas imports, 16 percent for oil and products imports and 30 percent for coal imports) on a single country is an irrational and insecure energy policy choice. Despite criticism of such dependency, the AKP government went ahead and awarded Turkey's first nuclear plant, Akkuyu, to Russians, without any bidding.

Currently, there is no infrastructure - whether an existing pipeline or LNG facility - available to import "alternative" LNG from Qatar or import "additional gas" from Azerbaijan or "non-existent" gas from the northern region of Iraq. The private Egegaz LNG facility is already booked with spot LNG supplies and physically limited to 16 million cubic meters a day. Even if Qatari gas were purchased, it would be impossible to put the gas into Turkey's gas network. Therefore, claiming that Qatari gas would be an alternative to Russian gas is merely lip service and nothing more.

Constructing a new LNG facility would require several years and hundreds of million of dollars in investments. If Russia did decide to halt gas supplies, how could such an "alternative" be a solution to Turkey's urgent needs? Furthermore, the price of Qatari LNG would seriously overburden Turkey's already fragile economy, since it would be significantly more expensive than Russian gas. Poland is a concrete example: It tried to diversify away from Russian gas and turned to Qatar as an option but was frustrated by the ultra-high price.

Azerbaijan's current gas import potential is also limited. An agreement on the Trans-Anatolian Pipeline (ANAP) was signed in 2012, and it is expected to be in operation as early as 2018. Were Russian supplies halted tomorrow, expecting Azerbaijani gas supplies to be an alternative goes far beyond "wishful thinking."

In northern Iraq, there is physically no gas import potential available at the moment, nor will there be in the short and medium term. Furthermore, the Kurdistan regional government (KRG) is not a state, and any hydrocarbon export agreement would have to be signed with the Iraqi government, not with a regional government. The Turkish government's relations with Iraq have already been poisoned due to the Ankara's interference in internal Iraqi politics and by the Iraqi government's claims that Turkey smuggles Iraqi oil in cooperation with the KRG.

The initial impact of (non-energy) Russian sanctions against Turkey is estimated to be around $6.5 billion (6 billion euros). This is just the tip of the iceberg, as there are many methods a large state like Russia can use to harm Turkey. If Turkey chooses a similar path to respond, the outcome could be a Pyrrhic victory for both sides.

As a final point: the cancellation of Akkuyu would be a sort of Christmas present for Turkish citizens, for it would prevent Turkey from becoming even more dependent on Russia and also protect Turkish citizens and later generations from the dangerous consequences of the nuclear power plant.

Necdet Pamir is an expert on energy policy and teaches at Bilkent University in Ankara.