Forty years after the Islamic Revolution, the regime in Iran appears to be firmly in the saddle, thanks to its effective use of violence and censorship, but it may not continue for long, says DW's Jamshid Barzegar. 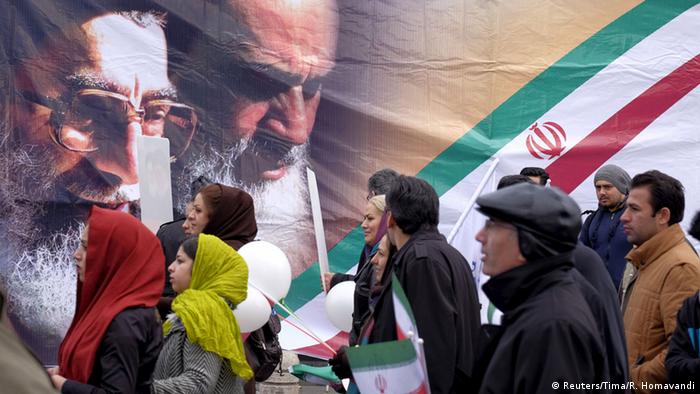 Forty years ago, when the Islamic Revolution successfully deposed Iran's last monarch, Mohammad Reza Shah Pahlavi, I was only seven years old. But age didn't stop me from becoming part of the demonstrations back then. My family, more precisely the part of the family that supported the revolution, took me to some of them. Our family, like many others in Iran at the time, was split into two camps: a majority against the Shah and a minority against the revolution.

In the first few months, political discussions at home and on the streets were still part of everyday life. At school we had to line up to chant slogans praising Ayatollah Khomeini and his allies, but on the streets there were times when the revolution's opponents rounded us up and made us shout critical remarks against the clergy that had come to power. At home, we children were soon warned to be careful and to stay out of trouble.

The question of which side one should stand for no longer arose: we were taken out of school so that we could watch "opponents of the revolution" being hanged from the gallows. Even today this "criminal title" is attached to opponents of the Islamic republic and suffices to justify particularly harsh punishments.

Violence against enemies of the system

Execution, imprisonment and exile were the main tools of the Islamic republic's leaders to thwart any opposition to their rule from taking shape. It started with the execution of Shah's officials and some army commanders only a few days after the monarchy was overthrown. But soon after, in the 1980s, thousands of "ex-revolutionaries" were also killed, in most cases without trial. 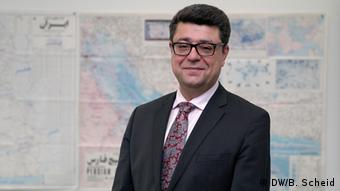 The new Islamic regime has never been reluctant to open fire on protesters whenever they took to the streets, as it happened in 2009 and again in 2018.

Another development that made it clear that the regime would hold on to power by all means was the so-called serial murders, including those of writers. At that time, I was a journalist and a member of the Iranian writers' association.

In the autumn of 1998, the mutilated bodies of Dariush and Parvaneh Forouhar, two political activists, were found in their homes; two days later, in the desert outside Tehran, the bodies of the writers Mohammad Mokhtari and Mohammad Jafar Pouyandeh, who were also members of the writers' association, were found.

Shortly before, there had been an attempt to plunge a coach with more than 20 writers on board down a slope. While our association's meetings, filled with fear, were a new experience for young members like me, the older ones among us remembered the atmosphere in the first years after the revolution; a time when a left-wing poet was arrested at his own wedding party and shortly thereafter executed by a firing squad.

Although it was revealed, at the insistence of reform-oriented President Mohammad Khatami, that employees of the nation's infamous Ministry of Intelligence and Security (MOIS) were behind the murders, leading to some convictions, the system itself was not shaken. On the contrary, press censorship was massively intensified, and there were new waves of arrests of reform-oriented journalists and authors.

The omnipresent and persistent repression has so far given the opposition little opportunity to reorganize itself into a credible and potent force. But as Iran celebrates the 40th anniversary of the revolution, changes are emerging in the political landscape that may lead to real political changes in the future.

Within Tehran's power structure, the division into camps — "hard-liners" against "reformers" — has become as vague as never before.

But as the hope for a way out of the economically hopeless situation diminishes, advocates of systemic change are increasingly distancing themselves from both the uncompromising guardians of the current system as well as the reformers.

In other words, there are now two new camps, which faced each other for the first time during the nationwide protests at the turn of the year 2017-18. On the one hand are defenders of the status quo and the Islamic Republic, on the other, the advocates of far-reaching changes, which would mean toppling the current regime.

In the almost 20 years since I left Iran, I have often been asked in interviews and by friends about how things will continue in Iran. Even now I have to say: I don't know the answer to this question. But the situation today is comparable to the one 40 years ago — and what happened then was beyond most people's imagination.

40 years ago, Ayatollah Khomeini founded the Islamic Republic of Iran. There is little excitement left from those times; even pro-reform forces are exhausted, except for the women among them. (11.02.2019)

Just two days after the EU set up a transactions channel with Iran to ease the Islamic country's financial woes, Tehran tested a cruise missile that experts say could force Brussels to review its Iran support. (05.02.2019)

Iran says it is working to improve the precision of its missiles for defense purposes. At the same time, the German-governed plan with France and the UK for payments to Iran despite US sanctions is moving ahead. (29.01.2019)