Opinion: The Dayton Accords could only do so much

The landmark peace agreement was worthy of applause 25 years ago. But now, politicians in Bosnia-Herzegovina need to set aside personal interests and reckon with the country’s war-torn past. 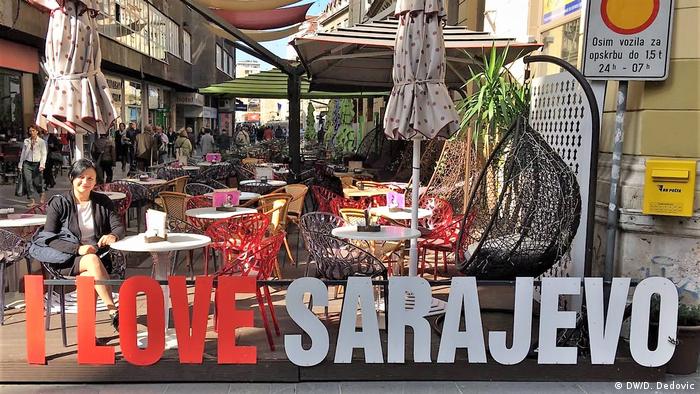 When the Dayton Accords concluded 25 years ago, there was much relief in Bosnia-Herzegovina. The peace agreement put an end to the Bosnian War, one of the bloodiest and vilest pages in the history of contemporary Europe. Thanks to the accords, a generation has been able to grow up without having to crawl into bunkers or worry about being shot while queuing for drinking water. Other than that, however, there is little reason to rejoice.

Even after 25 years, Bosnia-Herzegovina remains mired in serious structural and functional problems. Its constitution provides for a complex and expensive administrative and political system, one that is clogged up by excessive protection of ethnic interests and mechanisms that have enabled nationalist politicians to veto important decisions that could help the country to move forward.

Putting all the blame on the Dayton Accords is a fig leaf for much deeper problems, however. True, the Dayton Accords created a complex system that needs to be reformed, but Bosnia-Herzegovina is not the only country functioning with a complex set of institutions. But the true spirit of the consociational democracy — characterized by cooperative power-sharing — which the Dayton agreement introduced, is being misused by various political agendas for political gains.

What's more, the Dayton Accords contained crucial elements for building a society based on respect for human rights and the rule of law. That includes the direct application of the European Convention on Human Rights and its priority over all other law; a constitutional status for human rights; and human rights institutions that have delivered some landmark decisions regarding the protection of the rights of returnees and minorities.

What has really prevented the country from prospering is an ingrained vision of politics that capitalizes on lingering ethnic resentment to maintain power and a discriminatory status quo.

The case of the electoral system is emblematic. In 2009, the European Court of Human Rights found in the Sejdic and Finci judgment that Bosnia-Herzegovina's electoral system was discriminatory. That's because it excluded from election to the presidency and the House of the Peoples anyone who does not belong to the constituent ethnicities or were unable to meet the requirements of ethnic origin and place of residence. Eleven years on, that judgment, and several other European Court judgments on this issue, remain a dead letter, mainly because of a lack of political will.

Reckoning with the past

That same lack of political will is hampering the process of reckoning with the past and healing wounds that are still very raw. Impunity for war crimes persists, thousands of people who went missing during the war remain unaccounted for, and progress in providing reparations for civilian war victims has been slow.

The current political discourse is characterized by revisionism, denial of genocide and the glorification of war criminals, and attempts to undermine the legitimacy of the International Criminal Tribunal for the former Yugoslavia. Divisions along ethnic lines in education persist, with children learning in a segregated system of two schools under one roof, or in mono-ethnic schools.

These are daunting problems that need a radical shift in the way politics is done in the country. Instead of using their institutional position to consolidate personal interests, politicians should rise to the challenge of building a more cohesive and prosperous country. The judiciary's response to vast corruptive affairs is weak, reinforcing the people's lack of trust in these institutions and disabling citizens' desires to habituate the society built on the premises of rule of law, due process and equality before the law. Additionally, citizens are reportedly predominantly concerned with devastating financial realities of extremely low standards of living and public services.

They should look to the younger generation for inspiration. Students in Jajce fight against segregated education while other young people are achieving impressive results in sport, science and humanitarian work. NGOs and individual citizens are continuing to build bridges between communities and working to overcome the war's legacy of division and hate.

These initiatives must be sustained. The international community, in particular the European Union and the Council of Europe, must throw its weight behind the institutional and economic reforms. They must support businesses and grassroots organizations that promote inclusion and human rights defenders in their dogged pursuit of accountability, justice and reparations.

Arguably, however, the main actors in the future of Bosnia and Herzegovina are the country's own people and institutions. They must be more vigorous in countering the return to nationalism, reinforcing inter-ethnic relations and co-operation, and fighting corruption and cronyism.

The Dayton Accords provided the keys for a brighter future. It is for Bosnians and Herzegovinians now to take the helm and steer the country forward.

Dunja Mijatovic has been the Council of Europe Commissioner for Human Rights since 2018. An expert on media law and regulation, she served as the representative on freedom of media at the Organization for Security and Cooperation in Europe from 2010 to 2017. Mijatovic has won several prizes for her work in the field of human rights, including the Freedom prize from the International Peace Centre in the city of her birth, Sarajevo.

Russia to send nuclear-capable missiles to Belarus 10h ago