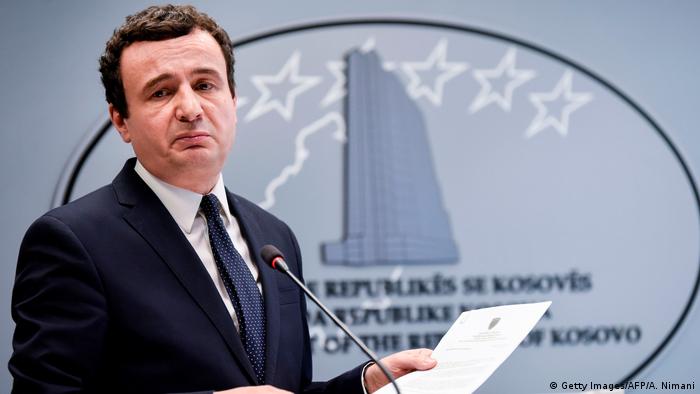 Kosovo has lifted its 100% tariff on goods from Serbia and Bosnia-Herzegovina, interim Prime Minister Albin Kurtisaid in a televised interview on Wednesday. He also announced a reciprocity gesture, wherein all Serbian goods entering Kosovo should have documentation that certifies their quality. Goods going from Kosovo to Serbia already have such documentation.

The 100% tariffs had been imposed in November 2018 in retaliation for what Kosovo said was Serbia's efforts to block its accession to international organizations. Kosovo had also raised tariffs by the same amount on Bosnia and issued an outright ban on any goods that failed to address Kosovo as "The Republic of Kosovo."

The dispute led to the breakdown of EU-mediated talks, which had started in 2011.

Earlier in March this year, Kosovo had partially lifted the tariff on raw materials imported from Serbia.

Kurti added that the new measures would be followed until June 15 and would be withdrawn if there was no reciprocity.

A moment of harmony amid coronavirus

EU representative Josep Borrell reacted to the decision positively, calling for regional harmony as the world is facing the threat of coronavirus.

Kurti's newly elected coalition government was recently toppled in a vote of no confidence over the issue of the government's handling of the coronavirus pandemic. Kurti is currently serving as the caretaker prime minister.

Kosovo is a partially recognized nation in the Balkan region. It declared independence in 2008, but Serbia does not recognized this decision. Kosovo had been part of Serbia until 1998, when an armed uprising by its ethnic Albanian majority triggered an violent response from Serbs, leading to a NATO bombing intervention campaign in 1999.

Kosovo has postponed the introduction of tougher border controls with Serbia after the plan triggered riots. Previously, Kosovo's government had announced a decision that would oblige vehicles entering from Serbia to replace Serbian license plates with those issued by Kosovo.