Prime Minister Albin Kurti lost a no-confidence vote after being criticized for his handling of the pandemic. 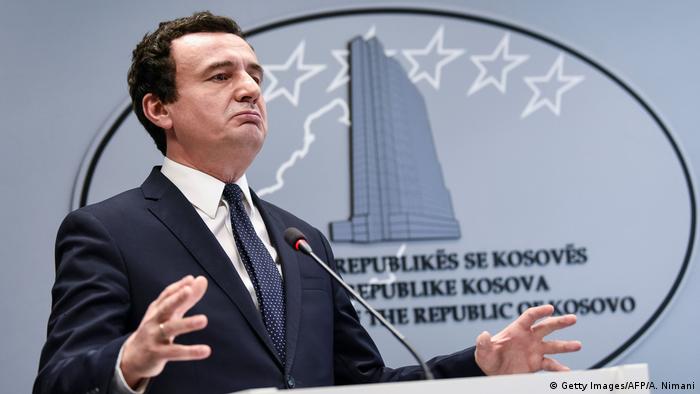 The Prime Minister of Kosovo Albin Kurti lost a no-confidence vote late Wednesday over his response to the coronavirus pandemic, toppling his government.

Wednesday’s vote was initiated by his coalition partners with 82 parliamentarians supporting it, 32 against it and 1 abstention in the 120-member assembly.

"With this I confirm that the parliament approved the motion," parliamentary speaker Vjosa Osmani said after the debate that lasted nearly 12 hours.

The coalition between Kurti's Vetevendosje (VV) and the Democratic League of Kosovo (LDK) had fallen out after interior minister Agim Veliu was fired by Kurti.

Veliu had criticized the prime minister for not declaring a state of emergency amid the coronavirus pandemic.

Vetevendosje has to now select a new nominee for prime minister within 15 days.