A Turkish invasion of Syria appears to be imminent. But a new military offensive could have self-destructive consequences for Recep Tayyip Erdogan's government, writes journalist Rainer Hermann. 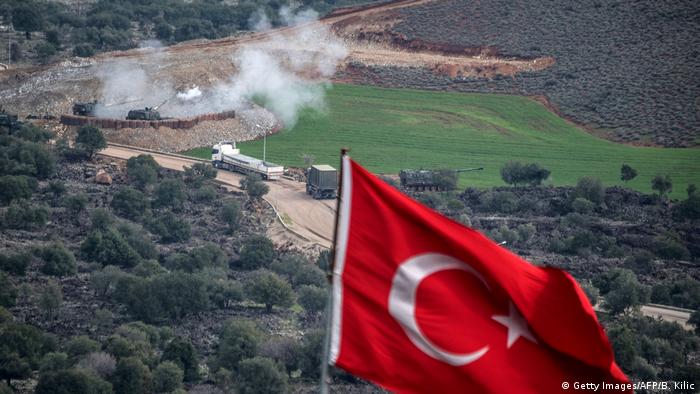 Turkey is not a country that lets threats go unanswered. Twice already, Ankara has followed through after announcing plans to invade Syria. The first was with operation "Euphrates Shield" from August 2016 to March 2017, and then another offensive, "Olive Branch," in the first quarter of 2018. Since then, Turkey has controlled 2% of Syrian territory.

Intoxicated by its success, Turkey now wants to extend its control considerably to the eastern part of northern Syria with a third invasion. When the four-day Islamic holiday Eid al-Adha, the feast of sacrifice, comes to an end, the operation could get underway east of the Euphrates River. The military preparations along the border seem to be complete, and the conditions also seem favorable.

Nobody to hold Turkey back

When it comes to international politics, no one is willing to get in Turkey's way. After US President Donald Trump threatened to "devastate" Turkey's economy at the beginning of the year, Turkish President Recep Tayyip Erdogan suddenly held his tongue. These days, however, Washington is not discussing the possibility of imposing sanctions in response to Turkey purchasing the Russian S-400 air defense system. Once again, Erdogan played his cards well: By brandishing his sword to invade Syria, he is increasing pressure on the US in the hope of preventing another showdown.

Rainer Hermann is a journalist at the Frankfurter Allgemeine Zeitung

On the homefront, conditions for the president are favorable. Following his party's setback in municipal elections, Erdogan needs a common purpose to reunite the nation behind him. The conflict with the Kurds reliably serves this purpose. Since Turkey killed a top cadre of the Kurdistan Workers' Party (PKK) on June 27 ⁠— followed by the PKK's retaliatory slaying of a Turkish diplomat in northern Iraq on July 21 ⁠— the old Kurdish conflict has also flared up again. On top of that, resentment against Syrian refugees among the Turkish population is mounting. To this end, Erdogan can justify an operation by way of clearing space for their return to northern Syria.

A third Turkish offensive in Syria, however, could very well lead to one of two self-destructive scenarios: Turkish and Kurdish-allied US soldiers could come face-to-face in combat. However, if US troops do not fight alongside the Kurds, the Kurds could then call upon Bashar Assad's forces to help — a move that would give the Syrian regime a chance to regain another lost region of its territory. As a result, Washington would have to surrender its bases in the Kurdish region, and Turkey would confront Assad again on the other side of the border. In the meantime, the "Islamic State" militants could utilize the power vacuum to regain strength.

The strategists in Ankara are clever enough to understand both scenarios: They are, therefore, hoping that maximum pressure will force the United States into agreeing to a much broader and deeper buffer zone than the present one. In such a buffer zone, however, the Kurds will be unable to call any of the shots. But Syrian Kurds have made it clear that they will not bow down to Ankara, nor will they give up the gains made by their autonomous government.

The parties in play are pitted against each other. In the eighth year of the Syrian war, a new wave of violence could be on the doorstep. History teaches us that Turkey's threats must be taken seriously.