At first glance, it would appear the protests over the murder of a journalist and his fiancee have triggered a political earthquake in Slovakia. But the country is still a long way from major change, says Keno Verseck. 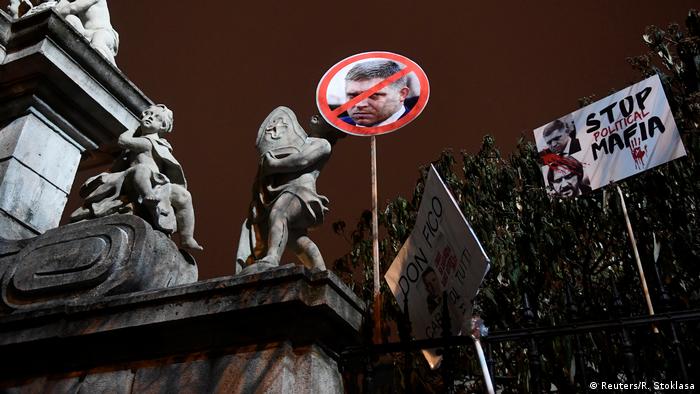 For more than a decade, Slovak Prime Minister Robert Fico has been directing his country's political fortunes. He is described as a social democrat, but in reality, he is a clever power tactician. He adopts positions from the far left to the far right, as the circumstances and facts require. That approach has seen him survive numerous controversies, including corruption scandals.

But after the murder of investigative journalist Jan Kuciak and his fiancee Martina Kusnirova, Fico lost his feel for popular sentiment in the country. Initially, he was deeply and probably genuinely shocked by the murders. He then appeared on TV, and in mafia-film style, offered a million euros in bundles of banknotes for the perpetrators' capture. Finally, he accused President Andrej Kiska, as well as implicitly accusing hundreds of thousands of angry citizens who demanded his resignation, of being Hungarian billionaire George Soros' puppets.

Fico has now returned to tactical maneuvering. He offered the president his resignation — but only under certain conditions: His SMER party, which won the election in early 2016, must retain the right to nominate the new head of government. And the current coalition must remain in its present form. After briefly hesitating, Kiska accepted the offer. This means that the fundamental government restructuring that the president called for a week-and-a-half ago will not be taking place. As things stand at the moment, there will be no new elections either. 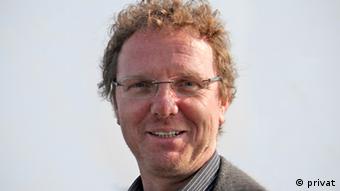 Fico is stepping down in order to stay — in the background. For the time being, anyway. He wants to secure his party's long-term political future. According to recent polls, SMER would suffer a disastrous defeat if new elections were held. If it were forced to relinquish power, this would not only endanger many careers, but could perhaps also lead to criminal proceedings against a number of corrupt politicians. Fico wants to prevent this at all costs — after all, he himself is also suspected of corruption.

Seen in this light, the way Fico has resigned is the best proof that he, his party and his coalition partners do not want fundamental change in Slovakia. But that is exactly what the vast majority of citizens now expect. Many people in the country have realized that the murder of Kuciak and his fiancee in a way reflects "the Slovak reality," as Kiska put it. This is a reality shaped by a corrupt political elite for whom responsible and sustainable governance is completely foreign. And it is a reality that many have averted their eyes from in recent years, out of helplessness or resignation.

Failed transition from dictatorship to democracy

This is also a reality that exists in a similar form in many other Eastern European countries — the reality of an often poorly and incorrectly implemented transition from dictatorship to democracy and a market economy. The fact that this also involves murders has shaken many people in Slovakia.

After Kiska faced little choice but to agree to Fico's conditions, the ball is now in the Slovak citizens' movement's court. In the last two weeks Slovakia has seen the biggest demonstrations since its founding in 1993. This Friday many people plan to take to the streets again. Fico and his party perceive this civilian spirit as a nightmarish apparition, and hope that it will soon disappear, that much is clear.