While many EU countries are struggling to face current mass immigration, Germany is accepting large numbers of refugees. But WEF chief economist Jennifer Blanke says Germany needs reforms to cope with the influx. 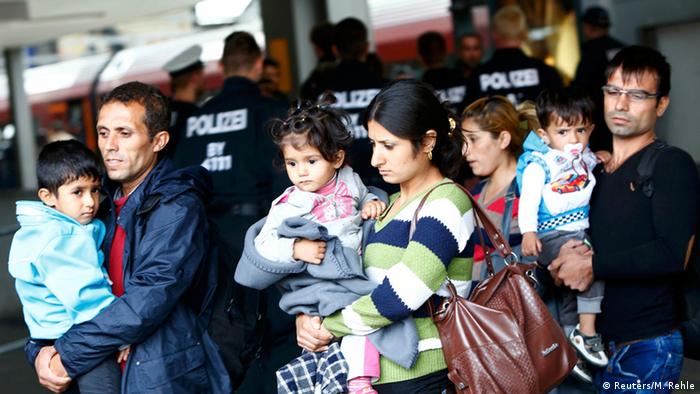 Amid the European refugee crisis, almost forgotten are Germany's repeated calls on other EU countries to face reforms in order to place the eurozone and the 29-nation bloc on a more sustainable economic footing.

After nearly a decade of sclerotic European growth, efforts are indeed required across the entire region to ensure that it gets back on a higher and more sustainable growth path. This will be critical to hold the very fabric of the European project together at a time when not only is the survival of the eurozone at stake, but the UK is deciding whether to throw in the towel entirely.

Yet, Germany and Europe's future will not only be shaped by what Greece and other distressed countries do: Germany must also take a hard look at changes needed in its own economy in order to provide sustained and broad-based prosperity to current and future citizens. In fact, while German companies starting to offer jobs to refugees, the challenge of including potentially 800,000 new citizens, underscore the importance of addressing the more structural issues Germany and its economy are facing.

In our recently released Inclusive Growth and Development Report, the World Economic Forum presented a framework for thinking about the different drivers of broad based improvements in living standards, examining 30 advanced economies, and several developing economies. The analysis looks at such oft-discussed tools as education and redistribution, as well as several less considered levers including entrepreneurship and asset building, access to finance, health and infrastructure, and lack of corruption. 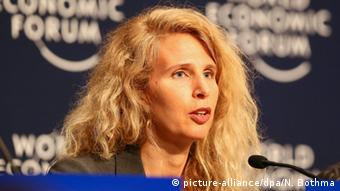 Jennifer Blanke is the chief economist of the World Economic Forum, and a member of its Executive Committee

Economic discussions in Germany reflect a country that is deeply self-satisfied with the state of its own economy, and in many ways this is warranted: Germans enjoy relatively low unemployment, an education and vocational training system that that helps the workforce develop useful skills and contributes to youth unemployment of about 8 percent compared with more than 50 percent in Spain and Greece. In terms of equity, a high share of income accrues to workers compared with many other advanced economies. Germany's plucky Mittlestand companies continue to sell their quality niche products far and wide. Indeed, the weighty success of Germany's economy has placed it firmly in the driver's seat in Europe's regional economic deliberations.

Yet, Germany would be unwise to focus only on what other countries should do. Its strengths cannot forever compensate for weaknesses that - if not addressed - will eventually restrain Germany's ability to provide broad-based improvements in living standards. The world has witnessed rising inequality over recent years, and Germany has not been immune to this trend. Despite growth that outpaced much of the European region over recent years, workers are sharing less in the benefits of growth: although median income remains relatively high, inequality is on the rise. Perhaps more disconcerting is that many of Germany's present economic strengths might not be sufficient to support broad based living standards in the future. What would more inclusive growth require?

Two mutually reinforcing features related to a lack of dynamism are holding back Germany's economy: comparatively little new business creation, and a low participation of women in the workforce. These are indicative of a lack of the innovation and dynamism that Germany will need to maintain high and broad based living standards.

The time and cost to start a business is relatively onerous in Germany compared with other advanced economies. It is perhaps not surprising, therefore, that Germany ranks a low 25th out of 29 advanced economies for new business creation. Overall, Germany ranks 14th for small business ownership, trailing well behind the United States, the leader in this category.

It is true that Germany benefits from a relatively low unemployment. But this is matched by a low labor force participation rate (ranked 20th out of 30), which means there are fewer people in the labor market to begin with. This is attributable to a number of issues, not least of which is the low participation of women in workforce. From a policy perspective, women's participation is hindered by a lack of affordable childcare, which makes it hard for many women to juggle work and parenthood. In addition, the educational system delivers good vocational training, but this is accompanied by inequalities of outcomes within the educational system, with students from lower income backgrounds performing measurably worse in reading and math scores, hindering social mobility. This is robbing Germany of much talent that could make it more dynamic.

In the context of the much discussed slowdown of China's economy and other emerging markets, big consumers of German exports over recent years, Germany needs to innovate, developing new products and services for new markets. It also needs to rebalance its economy towards greater internal consumption and dynamism. In other words, things may look good now, particularly compared with those European countries that are visibly struggling. Yet while much is right, reforms are also needed in Germany to place both itself and - given its great economic weight - also Europe a more inclusive growth path. Only by addressing the chinks in the armour of economic model will Germany ensure that it continues to be on a sustainable and inclusive footing for generations to come.

How are the education levels of immigrants and refugees? Are they taking jobs from Germans? Ulf Rinne of the Institute for the Future of Labor (IZA) in Bonn counters broadly held preconceptions. (08.09.2015)

In developed countries, those at the top end of the income scale are earning almost ten times as much as those at the bottom. Societies, as a whole, are suffering as a result of that inequality, an OECD study concludes. (21.05.2015)