The president-elect of the European Commission, Ursula von der Leyen, wants a more objective debate about the rule of law in Europe. But that doesn't mean she'll cozy up to the populists, says DW's Rosalia Romaniec. 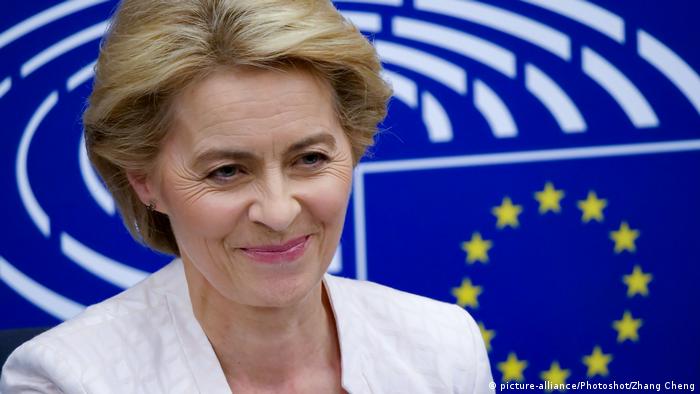 The European Commission and countries such as Poland and Hungary have been arguing for years now about issues related to the rule of law. The EU's executive body has been critical, for example, of measures that restrict the independence of the judiciary and the media. So far, though, little has been achieved: There hasn't been much concrete progress at the political level.

Only one legal body — the European Court of Justice — has managed to induce the Polish government to revise some controversial decisions. Its judgments are respected. However, Warsaw refuses to be told what to do by politicians in Berlin and Brussels. This has little to do with politics; it's more of a psychological issue.

One person who has never fallen into the trap of criticizing or talking down to her fellow leaders is Angela Merkel. Although their positions often differ, the German chancellor always manages to strike the right tone with her Eastern European counterparts. No western politician is more respected in the east than she is.

Clearly, Ursula von der Leyen wants to build on this. As Germany's minister of defense, she took the eastern countries and their concerns — fears of Russian expansion, for example — very seriously. This was one reason why delegates from Poland's national-conservative PiS party didn't find it hard to vote for her as president of the European Commission.

Many now fear this means von der Leyen will allow herself to be instrumentalized by the populists, and will take an indulgent view of their controversial judicial reforms. This idea, however, is simply nonsense. 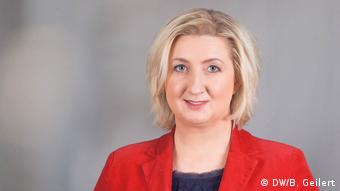 The incoming Commission president is making use of the change of personnel to establish her own way of dealing with the constitutional renegades. If she were immediately to start lecturing her partners in the east, or threatening them with cuts to their EU funding before even sitting down at the table with them, she wouldn't get any further than her predecessors. And that's not far enough for a Europe that must work together to resolve not only constitutional deficiencies, but other problems as well.

Von der Leyen hasn't ruled out taking the toughest action, like cutting subsidies, as a final resort, but she's not going to do this right now. She'll wait for the pending decision from the European Court of Justice before upping the political pressure — especially as she doesn't actually take office until November.

Monitoring for all member states

The real surprise is not, in fact, her approach to the eastern states, but a proposal she has made: Von der Leyen has advocated a monitoring system to scrutinize all member states and enforce the rule of law. She wants to avoid the impression that one part of Europe is essentially criticizing the other.

This is indeed the impression that many have in Eastern Europe. The general opinion there is that western states have serious legal deficiencies too, but they don't want to discuss them. Germany is frequently mentioned in this regard. Judges are elected to the German Constitutional Court by both the parliament and the representative assembly of the federal states — the Bundestag and the Bundesrat. In practice, though, the two main political parties, the CDU and the SPD, essentially take turns to nominate a candidate, who then obtains a majority. The idea is to ensure that the country's highest judges represent different political positions.

But if all European countries are to be on an equal footing when discussing the rule of law, they should all also be allowed to question this. It would be helpful if the government were to explain the reasoning to those who don't understand it calmly, matter-of-factly. A European monitoring system would help with this. "Nobody's perfect," von der Leyen commented. She may well have a point.

Read more: How does Germany choose its judges? Always the best pick?

Can the EU's Ursula von der Leyen fulfill her promises