By taking executive action President Obama is making good on his promise to reform immigration in the US. Conservatives are already calling for impeachment, but his decision is good for the country, says Michael Knigge. 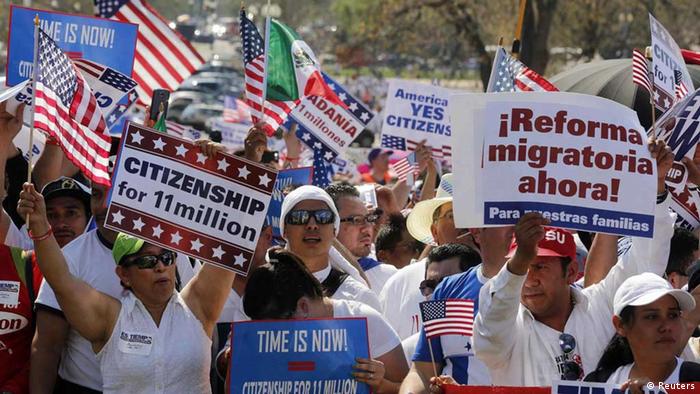 It was definitely no November surprise. After two years of Congressional negotiations on a comprehensive immigration bill faltered earlier this year, US President Barack Obama announced in June that he would do what he needed to tackle the issue. Now his plan is clear.

The inability by Congress to act finally convinced Obama that if he wanted immigration reform he would have to enact it himself by executive order. White House and external lawyers have been trying to craft Obama's order in such a way that it withstands the torrent of legal challenges expected by Republicans. After the midterm elections Obama declared that he was now ready to issue an executive order before the end of the year.

According to details of the document published in US media, Obama is aiming high. The key provision of the order would protect up to 5 million undocumented immigrants from deportation. For many parents of children who are legally in the country or are American citizens this would open a path to obtaining work permits and eliminate the threat of being discovered and separated from their families. 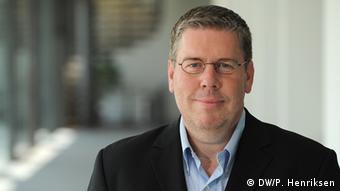 Obama's order is also expected to expand a program he instituted two years ago shielding young immigrants from deportation. Measures to create better opportunities for immigrants with high-tech skills and to increase the protection of the border with Mexico could also be included; the first to get the support of the business community, the second to try to preemptively defuse the conservative argument that Obama is "soft"on border security.

But no matter what the president's executive order will ultimately look like when issued, Republicans have already made clear that they consider it a call to arms. John Boehner, the speaker of the House of Representatives vowed that, "We're going to fight the president tooth and nail if he continues." Arch-conservative columnist Charles Krauthammer called Obama's action an "impeachable offense."

President Obama had better be prepared for a tough battle over his immigration overhaul. While it appears unlikely that Republicans can thwart the order legally, there is already talk of trying to kill it by refusing to pass a budget for the country unless it prevents the president from making major changes to immigration policy. The result could be yet another shutdown of the government.

But come what may, Obama should resist Republican efforts to nix his immigration reform. It is long overdue. Back in 2007, Republicans handed a bitter defeat to their own President George W. Bush when they rejected a bipartisan bill to overhaul the system. Seven years later, with their rejection of yet another bipartisan effort on immigration reform this summer Republicans have made it very clear that they oppose any meaningful change to the system.

Republican claims that Obama's unilateral action undermines any opportunity for a new push for immigration reform by Congress is disingenuous. The record shows that Republicans have repeatedly stymied any serious effort to tackle the issue. There is no reason to expect a Congress fully controlled by Republicans to suddenly reverse course.

The millions of undocumented migrants - many of them hardworking laborers who have been in the country for years and without whom the American economy could not function - can't afford to wait another seven years for Republicans to make up their minds. They have been living in limbo far too long and deserve a perspective to become a full part of American society.

Obama's executive order will not be perfect and will not resolve all questions regarding immigration. But it's an important and bold move in the right direction that behooves a nation built by immigrants.

Opinion: GOP thrashing means Obama must fight for his legacy

The Republican victory in Congress will worsen gridlock in Washington. Obama will be forced to spend his final two years in office defending his legacy and trying to govern without Congress, says DW's Michael Knigge. (05.11.2014)