Opinion: Nothing can be taken for granted

With his demands for EU reform, British Prime Minister David Cameron has triggered a long overdue debate. And he has allies on the continent, says Christoph Hasselbach. 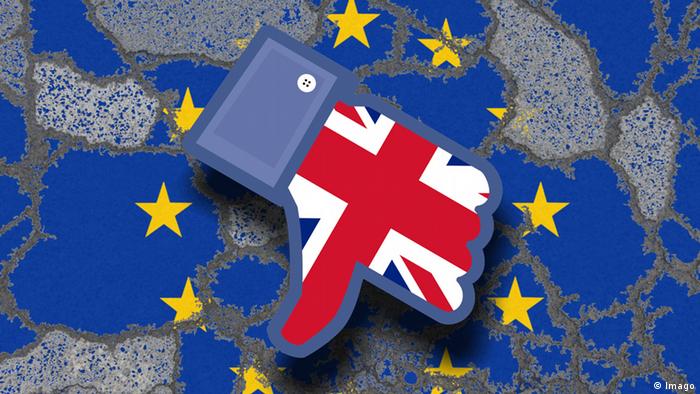 "If you don't like being with us, then leave." It has long been fashionable among continental Europeans to react with demonstrative pride to the constant complaining and requests for special treatment from London. But such reactions have become less audible. The wind in Europe has changed.

Barely anyone today is still pushing for a closer political union. Borderless travel and job opportunities? Many EU countries are re-introducing border controls. Solidarity with countries burdened with debt? Many see the behavior of the Greek government as an exploitation of European generosity. It was a different era when these lofty, idealistic goals were set. It was the era before the financial crisis and, especially, before the refugee crisis.

In Germany, too, there's been a swing in public opinion toward the positions represented by Prime Minister Cameron. Germany now has a Social Democrat minister who wants to limit claims to social benefits for foreigners from other EU countries. It's only slightly different from what is perhaps Cameron's most contentious demand for reform. During the financial crisis, the Germans didn't fail to notice how isolated they can be in the EU when they demand competitiveness and reforms. Without the British, they would have been lacking a decisive supporter. The Netherlands, Sweden, and Finland were also on their side, but they don't have quite the same level of influence. And Germany's traditionally close partner, France, has proved to be opposed to reforms in recent years.

Outside the EU, Britain is equally irreplaceable. The United Kingdom has veto power in the UN Security Council, it is a nuclear power, a military heavyweight, and has a dense network of global connections. London is by far the most important financial center in Europe. The country provides the EU with additional heft that far outweighs Britain's economic significance.

Many on the continent seem to believe that economic self-interest alone would finally convince the British people to cast their referendum vote in favor of remaining in the EU. But that is not necessarily the case. Most Britons are very glad that they decided to keep the pound. They didn't have to participate in the euro bailout, and were able to continue forming their own monetary policy. And in the current weeks and months, they are equally relieved not to be party to the Schengen Agreement. This allows them to have much better control over immigration. The British people can see that there is life outside the two main areas of the EU - and that it can sometimes be a better life.

The good life outside the EU and Schengen

The warnings being issued by Chancellor Angela Merkel, EU Commission President Jean-Claude Juncker and others that the fate of the entire EU depends on Schengen or the euro are therefore missing the mark when it comes to the British public. Instead, they come across as attempts at scaremongering, even blackmail.

No one is denying that the common currency and borderless travel within the Schengen zone are great achievements. But if you want to keep the British - and perhaps, in future, also other nations - in the EU, one cannot rely on the repetition of platitudes.

For too long, when presented with a problem, officials in Brussels have offered a solution that involves "more Europe." During sunnier times, that seemed to satisfy most people. But Cameron and the British people have dared to subject these European beliefs to closer scrutiny - and that is healthy. The referendum has not yet been held, but all EU members should be discussing it and deciding what they want - and what is important to them.

The European Commission chief has described a deal to renegotiate Britain's relationship with the EU as "fair." While some MEPs have described the deal as sufficient, others said it doesn't go far enough. (03.02.2016)

In Britain, the question of EU membership has been a hot political issue for years. A referendum now appears likely in June after the unveiling of Prime Minister Cameron's deal with the EU. (02.02.2016)

Poland: 2 soldiers injured in clash with migrants at Belarus border 2h ago