Opinion: Not the end of the Sykes-Picot order | World| Breaking news and perspectives from around the globe | DW | 23.06.2014

The rise of the terrorist ISIS militia in Iraq has rattled the artificial borders in the Middle East. The West should make a pragmatic effort at keeping the resulting chaos under control, writes DW's Loay Mudhoon. 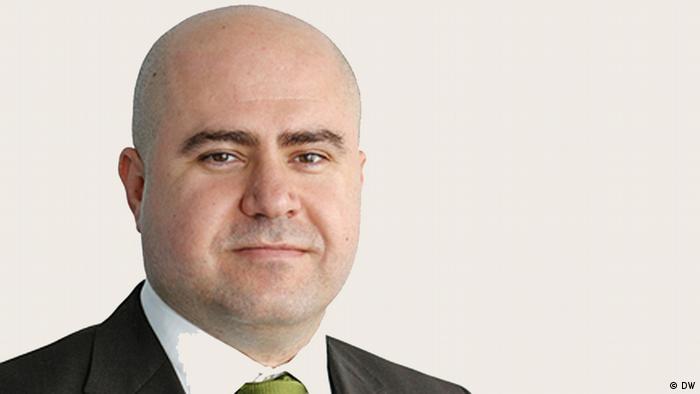 There's no doubt that the surprising advance of the radical Sunni ISIS militia in Iraq has reshuffled the deck of cards in the Middle East. In a matter of days, the Stone Age jihadists were able to take control over large portions of western Iraq without any significant resistance from Iraq's army. Among the captured areas is the city of Mosul, the second largest in Mesopotamia.

Meanwhile, ISIS fighters seem to have solidified their hold on power in the heavily Sunni western part of Iraq. They already control wide swaths of eastern Syria along the Euphrates. Furthermore, they have also managed to conquer a strategically important border crossing to Syria. As such, the border between the two states, in which the transnational group of religious warriors want to erect a jihadist caliphate, has essentially dissolved.

Does the advancing collapse of Iraq (and of Syria) as states signify the end of the Sykes-Picot division, as numerous Middle East observers and experts have suggested? And if so, what would come after this post-Ottoman order?

You may recall that the system of statehood in the Middle East that we know today can be traced back to a 1916 agreement by Mark Sykes and Francois Georges-Picot that shaped the region's political geography up to the present. The current states between the Mediterranean and the Tigris River emerged as a result of this agreement and further treaties reached after World War I.

It would seem that the advance of the ISIS militia in Iraq is a serious terror threat for the region. But upon closer consideration, it is clear that this development is merely a symptom of deeper problems in the Middle East.

The fragility of many states remains the central problem. Just how weak the post-colonial Arab nations are was made evident by the Arab Spring, particularly in the cases of Libya and Syria.

Previously, the incompetent Bush administration had hurled Iraq repeatedly into chaos, thanks to an unprecedented series of errors. Above all, American support of Nouri al-Maliki proved a central mistake. With his sectarian politics, the Shiite prime minister personally bears the most responsibility for alienating the Sunnis and Kurds - and, consequently, for the collapse of post-Saddam Iraq. His exclusionary approach has created a breeding ground for the rise of ISIS and other jihadist groups.

Added to these conflicts is a struggle for dominance between Iran and Saudi Arabia. This hegemonic conflict fosters the old sense of enmity between Sunnis and Shiites. Rivalries between the two sects are used as political instruments, blocking any pragmatic approaches to ending the conflict

After the debacle in Syria and in order to minimize the danger of trans-national conflicts stemming from ISIS, pragmatic alliances are in order.

At any rate, leaders in Tehran and Riyadh seem to have recognized that the completely uninhibited ISIS jihadists also spell unforeseeable risks for both countries. They certainly don't need collapsing states in the region.

Given its current position of weakness, the West cannot maintain order from outside the Middle East. Instead, it has to rely on regional powers. The US should use direct lines of communication between Iranian President Rouhani and Saudi Arabia's King Abdullah to make possible a government of national unity in Iraq. It goes without saying that it shouldn't include the failed Nouri al-Maliki.

In the best case, this could be the first step toward creating a new framework of cooperation in the Middle East. A state certainly cannot be established with the jihadists - just one reason why any talk of the end of the Sykes-Picot division may be premature.

A notorious Shiite militia is preparing to march on its rapidly-advancing ISIS enemy. In the past, the Mahdi Army was known for death squads, arbitrary shootings, kidnappings and bombings. (22.06.2014)

Von der Leyen: 'We want to take on more responsibility'

German Defense Minister Ursula von der Leyen received a warm welcome on her inaugural visit to the United States. She tells DW she discussed serious questions, including the course of action in Iraq. (20.06.2014)