Opinion: No trace of revolution in Cuba

Obama is putting his foot on the gas while Castro is pumping the brakes. The normalization of relations between the US and Cuba will take longer than many have hoped, says DW's Astrid Prange. 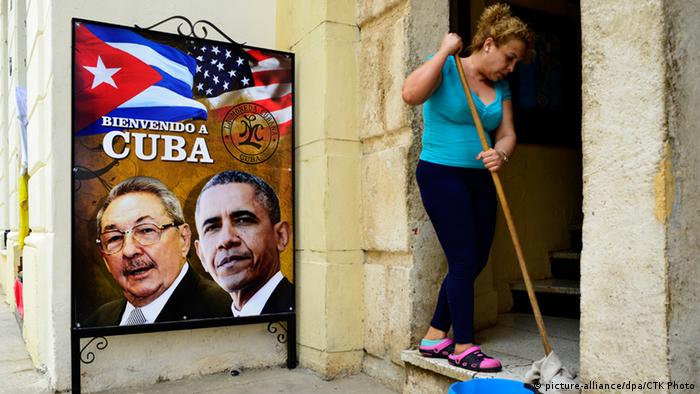 It's almost too good to be true: The US national anthem is playing at Revolution Square in Havana, and US President Barack Obama and Cuban leader Raul Castro are seeing off the military parade together.

Neither of these politicians could have dreamt when they entered office that Cuba and the US would begin to restore ties. The miracle is accomplished. The ice age between Washington and Havana belongs to the past, the remains of which are mere ideological snow that continues to melt.

Yet despite the thaw, a lot has to happen before a true Cuban-American springtime can begin. Just because the leadership of the old revolutionaries in Havana have unloaded some of their ideological baggage does not mean they've done the same with their right to power. 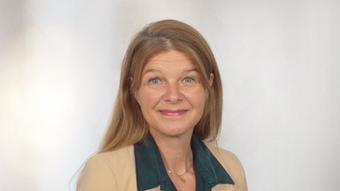 Since the Cuban Revolution in 1959, the Communist Party in Havana has legitimized its rule in opposition to Washington. Using the US embargo, the one-party government has solidified its legitimacy by justifying long-standing economic problems as the result of "American threats."

Nearly 30 years after the fall of the Berlin Wall, the ideological pillars of the Cuban Revolution are collapsing. But there is no US-style democracy rising out of the rubble of socialism, just the pragmatism of former revolutionaries fighting for their political survival.

Pragmatism instead of ideology

Obama has recognized this. He has given up using Cuba as a stage to show off the American fight for human rights and democracy. He is similarly uninterested in fighting ideological battles that began before he was even born. Instead, he is seeking to bring Cuba into business and promote the interests of American firms before the embargo is lifted.

To Castro falls the more difficult political task: to walk the fine line of political pragmatism. Only he, as a revolutionary of the first hour, has the requisite legitimacy within the Communist Party cadre to implement this change of course.

The times in which the former Soviet Union bought Cuba's sugar and provided it with energy are long gone. The solidarity with Venezuela that Havana once relied on is also gone. This makes the relationship with the US even more important: The economic survival of the country is dependent in no small part on remittances from the 2 million Cubans living in Florida.

With a promise to step down when his mandate ends in 2018, Castro is running out of time. He doesn't want to lose control of the "normalization" of relations between the US and Cuba. In that way, a swift convergence between nations is contrary to his interests. Some sort of brotherhood between Castro and Obama could well indeed be too good to be true.

Do you have something to add? Leave a comment below (thread closes after 24 hours).

The presidents of the US and Cuba have held their first meeting on Cuban soil in nearly 90 years. President Barack Obama and President Raul Castro hailed a "new day" in relations, despite ongoing differences. (21.03.2016)

Obama: 'Change is going to happen' in Cuba

Obama has advocated for democratic reforms in Cuba, on the first visit by a sitting US president since 1928. Monday's meeting with Castro may get heated, as Obama told US television that he would push for more reforms. (21.03.2016)

Opinion: New Berlin refugee museum must be a place of reconciliation 18h ago