Opinion: New right-wing terror in Germany; action is needed | Germany | News and in-depth reporting from Berlin and beyond | DW | 14.11.2011

A group calling itself the National Socialist Underground appears to have committed a series of murders and racially-motivated attacks. DW's Editor-in-Chief Ute Schaeffer calls for broad public discourse on the issue.

There are, as yet, few hard facts, but the circumstantial evidence is alarming: Over a period of 12 years a right-wing extremist group based in the eastern German city of Zwickau appears to have murdered 10 people and committed dozens of bank robberies.

No one seems to have noticed that a system of right-wing, racially-motivated hatred was behind what, until now, was believed to have been isolated cases known as the "Kebab murders".

How could this happen in Germany, a country where the domestic intelligence service and the police are so well trained and equipped?

There were no tenable leads pointing to a right-wing background, according to the German Interior Ministry.

Is this because the authorities are focused primarily on suspected Islamist terrorists; because right-wing ideology is more acceptable; or because informers working for domestic intelligence wanted to hide such connections? 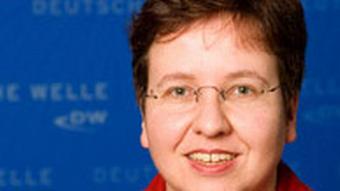 All of these questions must now be answered; quickly, fully and with no holds barred. That is what the government has said – and that is good.

But even so, there needs to be more than just a coming to terms politically with the phenomenon.

More importantly, in a country with a substantial immigrant population, the now uncovered serial murders must become the subject of a broad public discourse, so that right-wing extremism, ideological blindness and violence can no longer spread in the dark, out of the public eye, in the provinces, in clubs, or at the local pub.

It has been nearly two decades since neo-Nazis firebombed a Turkish family's home in the city of Mölln; a crime which captured headlines all across the country as well as abroad.

The serial crimes now discovered illustrate that racist ideas are still socially acceptable. In some areas of eastern Germany neo-Nazis are running rampant, declaring towns "liberated" of foreigners, or as "national zones." They sing Nazi songs at club meetings and terrorize people who look or even think differently, whether foreigners or left-wingers.

They are not the majority! But they are posing as a majority and are prepared to assert that claim with force, especially when others remain silent.

Herein lies the danger. And only a broad, public discussion on right-wing extremism can counteract its existence.

Despite decades of immigration, parallel structures and patterns of thought have spread across our society. They have bid farewell to our democratic values. The "foreigner" is at fault as a rule; they are the "enemy" and have become the target of blind aggression, especially among those people who feel they are the losers in society, due to unemployment or for a lack of any promising prospects.

We will have to wait for the investigation whether or not this is also the case with the Zwickau group.

But that is no excuse. In Germany, about 10 percent of the population are foreigners - just above the average compared to the rest of Europe.

It is our duty to quench any new right-wing terrorism, not just because of these roughly seven million people, but also because of our democratic constitution and the character of our institutions.

If we were not to do this, we would put our economic productivity and the integrity of our society at risk.

German police have arrested a man in their investigation into a terrorist group linked with a string of racially-motivated murders. Recent revelations have led to fresh calls for a ban on far-right political parties. (14.11.2011)

A series of murders has German authorities worried that homegrown, right-wing terrorism could be more widespread and better organized than previously believed. Police took a second suspected accomplice into custody. (13.11.2011)