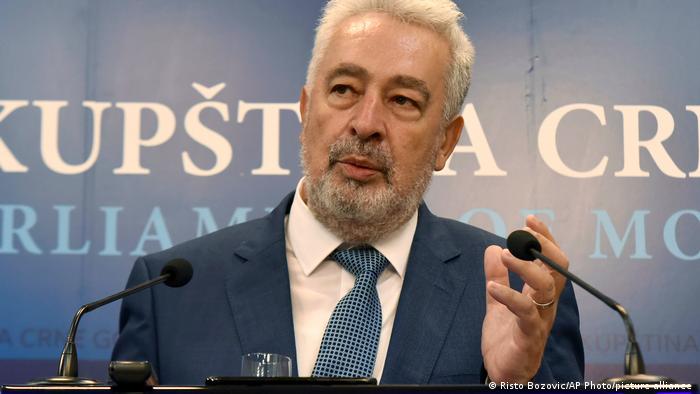 It's hard to imagine why anyone would want to govern Montenegro. At 62, the newly elected prime minister, Zdravko Krivokapic, could have chosen to retire. After all, he is a stellar engineering professor and well respected among his students. Married with five adult children and several grandchildren, Krivokapic has never been involved in politics — let alone the corruption-ridden version so widespread in his native Montenegro.

The country's new finance minister, Milojko Spajic, is similarly a political neophyte. He speaks fluent English, along with French and Japanese. Until recently, the young Goldman Sachs investment banker earned good money working in Singapore. Why did he choose to leave this life behind and move back to one of Europe's poorest countries — one that has remained poor due to political mismanagement?

And what about public administration expert Tamara Srzentic, who will serve as a minister in Krivokapic's Cabinet? Srzentic studied in California and has worked in France and Britain.

The country's new government is comprised of experts in their fields, with a Western orientation, who support NATO. They are patriots in the best sense of the word. Montenegro finally has a government on par with western European governments, comprised of excellent leaders willing to work for very little money and yet remain incorruptible.

Still, they will have a hard time persevering against Montenegro's regime. Behind the scenes, President Milo Djukanovic — a former Communist youth functionary and supporter of former Serbian President Slobodan Milosevic — still pulls the strings. For over 30 years, Djukanovic has controlled the ex-Communists, corrupt civil servants, judges, cigarette smugglers and arms dealers who dominate the country. Moreover, Djukanovic knows full well the new government commands a slim parliamentary majority, with just one seat to spare.

In short: Montenegro's government faces an almost insurmountable challenge. This is compounded further by the country's financial woes, which have been exacerbated by the coronavirus crisis.

Even so, the people of Montenegro hope this leadership will usher in a new political era. It's time for a change. The country's previous government, after all, moved vast sums of money it had embezzled over decades to neighboring Serbia — a country that is led by their ally, Aleksandar Vucic. He is a man who maintains mafia-like control over Serbia and fiercely opposes Montenegro's new leadership.

Should Prime Minister Krivokapic prove successful in turning Montenegro around, Serbians may wish the same for their country and may want to transform it into a genuine democracy based on the rule of law. This, naturally, would be a worst-case scenario for Vucic, who controls just about everything in Serbia, ranging from the opposition to parts of the Orthodox Church to the secret service and armed forces.

Autocrats can only control those they know. One year ago, Krivokapic was still an unknown figure. He was voted into power because he, like hundreds of thousands of others, was sick of seeing Djukanovic's regime snatch up church property. This protest movement spawned a political movement, which ultimately won the parliamentary election. As usual, Djukanovic tried buying many votes. Yet the outrage at his ineptitude, and that of his government, along with rampant corruption was so widespread that many Montenegrins voted for change.

Looking up to Kohl and Adenauer

The new prime minister knows Germany, where he spent some time as a student. Former German Chancellors Helmut Kohl and Konrad Adenauer are an inspiration to him. Krivokapic can expect support from the West, from NATO and the EU. This represents a great opportunity for Germany's governing conservative parties — and their foundations working in the Balkans — to reorient themselves and cease supporting the autocrats who feign being conservatives.

Krivokapic will struggle to weed out rampant corruption in Montenegro. But who knows — maybe he'll succeed against all odds.