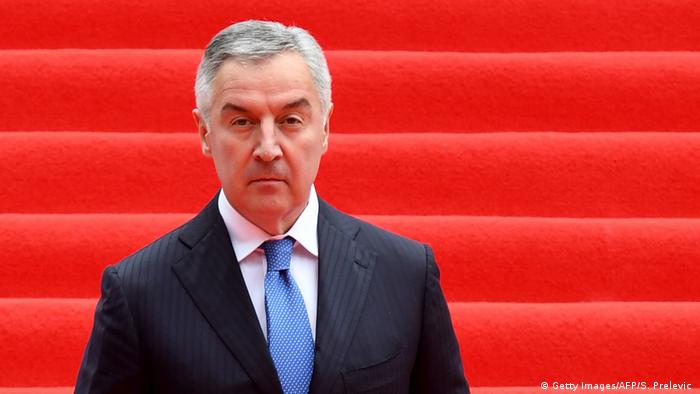 President Milo Djukanovic, who has ruled Montenegro for decades, has long been celebrated by the West. Djukanovic, once a communist in the former Yugoslavia, had an inkling early on that Serbian President Slobodan Milosevic's policies would end in a hellish fiasco.

He skillfully, if at times unscrupulously, maneuvered his way through the Yugoslav wars. At the same time, he nurtured his relationship with the West, which perceived him as a guarantor for stability and ethnic peace.

However, diplomats and officials in Washington, Brussels and Berlin were willing to turn a blind eye to the fact that Djukanovic was one of the early adopters of the corrupt and autocratic state model with touches of democracy that has since become so popular, long before Hungary's Viktor Orban, Poland's Jaroslav Kaczynski, Bulgaria's Boiko Borisov and Serbia's Aleksandar Vucic.

Over the years, Djukanovic's family and a clique of allies have amassed enormous wealth by appropriating public assets in Montenegro, which has been holding accession talks to join the EU since 2012. Illegal financing of parties, election fraud and abuse of power are standard in the country, not to speak of lesser corruption, smuggling and money-laundering affairs.

Looking the other way

Djukanovic's visit to Berlin on Wednesday can be perceived as an example of turning a blind eye again. He was scheduled to speak with members of the German parliament's committee on European affairs. but more importantly, he was invited to official talks with his German counterpart, Frank-Walter Steinmeier. This is surprising to say the least, at a time when many such events have been taking place by video link because of the global COVID-19 pandemic. Montenegro's rate of infection is one of the highest in Europe. 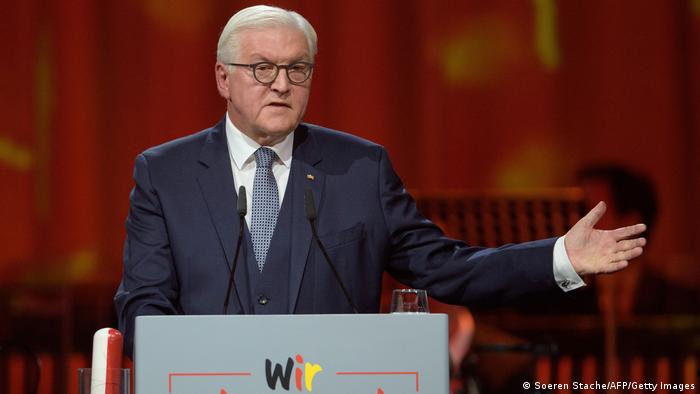 Did Steinmeier send a wrong signal by receiving Dukanovic?

So is Djukanovic a particularly welcome guest? The German president's office did not answer DW's detailed questions. Instead, a spokesperson issued a statement saying that Steinmeier was looking forward to discussing "the current situation in Montenegro, the political situation in the region and Montenegro's accession talks with the EU with his Montenegrin counterpart."

What can be said for sure is that Djukanovic's visit and his meeting with the German president could not come at a more unsuitable time. Montenegro's parliament has just experienced a peaceful and democratic transition of power — for the first time in its history. Despite numerous irregularities ahead of and during the elections on August 30, Djukanovic's Democratic Party of Socialists (DPS) lost after three decades in power.

Read more: How the long arm of the foreign media extends into the Balkans 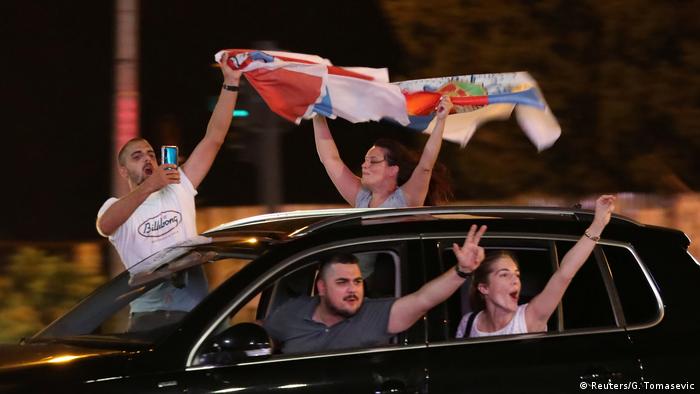 Opposition supporters were elated at the election result

Now the winners — a platform comprising three opposition alliances — are trying to form a coalition to begin Montenegro's transformation into a democracy under the rule of law. Though the platform is very heterogeneous, featuring politicians ranging from puppets of Serbian President Aleksandar Vucic and supporters of Russian President Vladimir Putin to pro-European ecologists and liberals, its leaders, including the prime minister-designate, Zdravko Krivokapic, have made a credible case that it wants Montenegro to continue to be pro-European.

It is unlikely that Montenegro will turn towards Serbia and Russia and revoke its recognition of Kosovo, or that there will be ethnic violence. Though there are already fault lines in the coalition with regard to certain draft laws, and the road to reform will be rocky, there is no doubt that the majority is interested in a real democratic process. Now, several generations of Montenegrins will be able to experience a democratic transition of power for the first time, an experience that should not be underestimated. 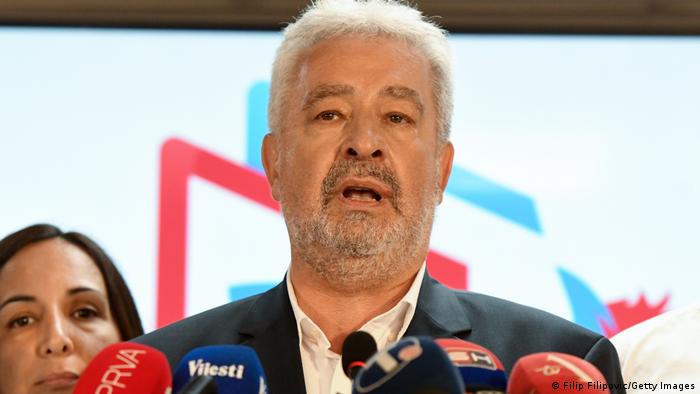 Djukanovic, for his part, has been reluctant to accept the results and the transition of power. He and others in his circle face criminal investigations and possibly jail. The tables have turned. In the past, it was the activists and journalists who revealed corruption that had to fear landing in hospital, such as investigative reporter Olivera Lakic, or in jail, like her colleague Jovo Martinovic. He has spent months in prison on trumped-up charges and his retrial has been a farce. The country's Supreme Court is scheduled to make a decision this coming Thursday.

Zdravko Krivokapic told DW that Djukanovic's visit to Berlin was inappropriate. "The democratic and legitimate winners of the election in Montenegro welcome all attempts to strengthen relations between Podgorica and Berlin," he said. "But in no way can the modernization and Europeanization of Montenegro be achieved by Milo Djukanovic, a man who symbolizes the corrupt and autocratic system that was voted out."

Some diplomats and political advisers who spoke to DW on condition of anonymity expressed outrage about President Steinmeier receiving Djukanovic.

Manuel Sarrazin, spokesman on eastern European affairs for the Green parliamentary group, told DW that it was important that Steinmeier "clearly log" the failures and shortcomings in Montenegro with regard to rule of law and corruption.

The political scientist Florian Bieber, who has just published a book about the rise of authoritarianism in the Western Balkans, said that the visit was a sign of the "devil's pact" that the EU has made with authoritarian and corrupt "stabilocrats" in the region. "By doing this, the EU is losing its reputation for standing up for democracy and the rule of law and putting off the opposition," he said.

Dusan Reljic from the German Institute for International and Security Affairs (SWP) had a similar view. "Djukanovic has been involved in countless scandals since coming to power, sometimes as a nationalist and warmonger, sometimes as the best friend of numerous Russian oligarchs, and now he's trying to come across as a democrat and loyal ally of the West," he said. "If rule of law is to be strengthened in the Western Balkans and European values are to be promoted, then it would be an important step in the right direction if politicians of his kind finally disappeared from the scene."  ﻿

The two Balkan countries have not been included on the EU's revised travel list due to a spike in COVID-19 cases. Meanwhile, Russian hackers have been accused of targeting vaccine research. Follow DW for the latest.