In 1988, Camille and her brothers spent the summer on the Cote d'Azur with their mother and stepfather, Olivier Duhamel. Their days were spent swimming naked, reading and lounging around for hours in the Mediterranean sun. Over lunch, they laughed and talked freely with each other, feeling as if they could change the world. It was only in the evenings that 14-year-old Camille felt uneasy. Lying in bed, she would hear her stepfather's heavy footsteps in the corridor and listen as the door to her twin brother's room opened. And closed again.

Now, more than 30 years later, Camille Kouchner has published a book, La Familia Grande, in which she describes how Duhamel assaulted "Victor" — not his real name — at night for years, and how it destroyed her family. The French are in shock, with the taboo topic of incest — the last blind spot of the #MeToo movement — finally out in the open. 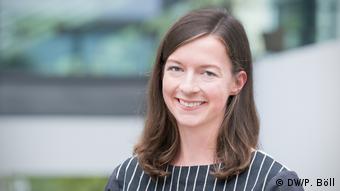 The scandal now swirling around Duhamel has caused a sensation. He is a powerful man: a constitutional expert and government adviser, head of the governing body of the elite French university Sciences Po, one of the privileged "happy few" invited to celebrate with Emmanuel Macron at a Paris brasserie when he won the presidential election in 2017.

For French people, though, this is not about their corrupt elite. Nor is it about the mother who sought to protect her husband's reputation at any price, and who eventually cut off contact with her children. Nor is it about the long list of their friends, a who's who of the Parisian intelligentsia, who all knew and looked the other way.

Even those who are not cynical by nature have long since given up hope of France's elite setting a good example. There have been too many scandals for that, too much champagne-soaked perfidy.

Family as a source of sexual abuse

No — the Kouchner scandal hits a quite different nerve. It shows that the family, an institution stoutly defended by French society and one that is meant to provide security, can also be — and far too often is — the source of sexual abuse. It also shows that this happens at every level of society, even in what are supposedly the "best" families.

In by far the majority of cases, the danger doesn't come from a strange man loitering along the route to school, the one every child is warned against. Rather, the perpetrator is the child's father, or big brother, or another trusted acquaintance: an uncle, a grandfather, one of their parents' friends. But within the family the matter is usually shrouded in silence. One doesn't wash one's dirty linen in public.

Not speaking about the unspeakable

Every witness testimony encourages other victims

Now, though, that taboo is crumbling, and light is being shone into the darkest corners of society. A recent survey drew the appalling conclusion that one in 10 people in France has been abused by a member of their family. This terrible statistic is now being given a face: "I was 13 years old…" "It was my brother…" "I was 5; it was my mother's brother. Within seconds I was suddenly 100 years old" "I thought it was my fault…"

This past week, thousands of people have posted on social networks using the hashtag #MeTooInceste. A young woman who, as a child, was repeatedly raped by her uncle, said on TV: "It may be an awful thing to say, but I'm glad to see that I'm not the only one. I thought I was crazy." That is exactly the point.

A book is not going to solve the problem on its own. The most important thing would be to drop the statute of limitations in cases of the sexual abuse of children and young people. It can take decades for victims to be able to speak about their experiences, and every witness testimony gives them a little more encouragement to do so. Every book, every film about the subject shows children today that it's not normal and, if it happens, it's not your fault. Camille Kouchner has taken a brave step — one that was long overdue for all of society.