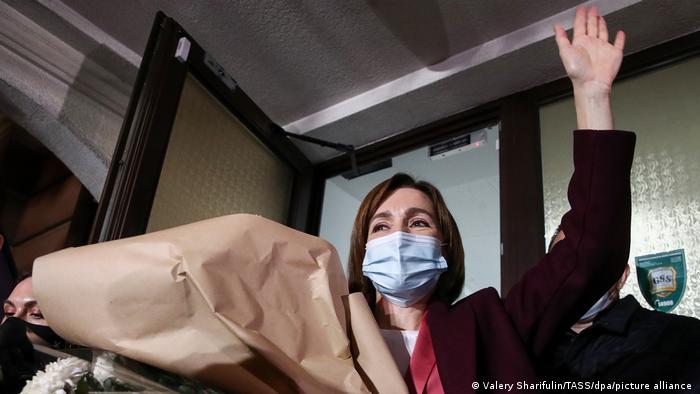 Journalists from most EU countries rarely cover events in Moldova. When they do, most focus on corrupt politicians, the dominance of oligarchs, or the decadeslong frozen conflict between the central government and the self-declared republic of Transnistria, which is supported by Russia — or perhaps they report on impoverishment and mass emigration.

Almost half of Moldova's 4 million citizens live and work abroad, most of them in the European Union. Their remittances, which make up almost a quarter of Moldova's annual gross domestic product, are a lifeline for families back home, and have spared the country from financial ruin. These very citizens, who have worked hard to attain a certain level of material wealth, have also had a decisive impact on the presidential election.

In Sunday's runoff election, over 90% of the more than 250,000 expat voters cast ballots for the challenger, the former World Bank economist Maia Sandu — which is perhaps why the pro-Russia incumbent, Igor Dodon, had attempted to brand emigres as "traitors." In the end, the Moldovans who voted against the president from abroad seem to have also succeeded at convincing their relatives back home to support the pro-EU Sandu, as well. Despite the coronavirus pandemic, Moldova recorded an impressive voter turnout.

President-elect Sandu told DW that she would focus early on poverty. Sandu will need parliamentary support to push through her ambitious agenda. The legislature, however, is dominated by the Socialist Party, which has close ties to Dodon, while the pro-EU and reformist camps are fragmented. Without parliamentary backing, Sandu will have a hard time tackling poverty, corruption and cronyism in Moldova.

Sandu needs immediate support from the European Union and US. The EU, in particular, must breathe new life into the Association Agreement it hashed out with Moldova in 2014 and provide ample funding to this end. Germany, which holds the rotating presidency of the Council of the European Union through December, is uniquely suited to strengthen ties with the country. Moldova is in dire need of investment and jobs so that its citizens will return and help rebuild the country. It is clear from last Sunday's election result that the majority of Moldovans want nothing more than this.

For decades, Moldova has been torn between Russia and the European Union. What Moldova needs now is a genuine opportunity to permanently align with the EU. After all, in spite of numerous agreements, Russia still has troops in the self-declared republic of Transnistria and has shown no willingness to withdraw them.

Roughly one in four Moldovans wish to see the country unify with neighboring Romania, after the nations, which share linguistic, religious and cultural traditions were further split when the Soviet Union fell. Ahead of Sunday's runoff election, Dodon had dismissed the prospect of reunification as a danger that could spark unrest and even civil war. Given the armed conflict in neighboring Ukraine and over the disputed Nagorno-Karabakh region, Dodon's warning smacks of irresponsible cynicism. Politicians such as Dodon should be consigned to the dustbin of history.

Now, it is on the European Union to help Moldova more closely align with the bloc.

Russia to send nuclear-capable missiles to Belarus 4h ago

Opinion: Climate justice must be more than a promise 21h ago