The Swedish Academy's hands were tied: It had to postpone the 2018 Nobel Prize in Literature. But can the academy win back the trust it squandered away through a sex and corruption scandal? DW's Sabine Peschel thinks so. 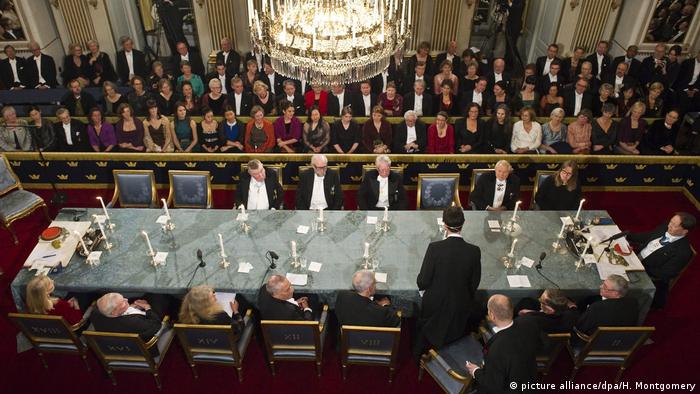 So it's come to this: The Swedish Academy will not award a Nobel Prize in Literature this year. Instead, the prize for 2018 will be given out next year. The academy's rules allow for such a postponement, and it has taken advantage of this seven times, most recently in 1949.

Previously, the cultural body refrained from awarding the prize when it believed there were no worthy candidates whose work met the literary and moral requirements laid out in the brief will of prize founder Alfred Nobel.

The entire set of Nobel Prizes issued by the Nobel Foundation was also canceled in years where circumstance made it impossible to hand out the awards, such as during World War II. The literature Nobel Prize has been awarded since 1901, always on December 10, the day that Nobel died.

This year, the Swedish Academy is proclaiming itself unworthy of nominating candidates for the literature prize and announcing a winner in the autumn. It's a tough blow for the literary world, even if two candidates end up receiving the award in 2019, as the Academy has said it hopes will be the case.

There will be long faces at the Frankfurt Book Fair this year: On that Thursday in mid October no one at the fair will cast a hopeful eye upon the live broadcast of the Swedish Academy's announcement of the winner. No cries of joy will be heard coming from any of the publishing houses in the fair's exhibition halls. 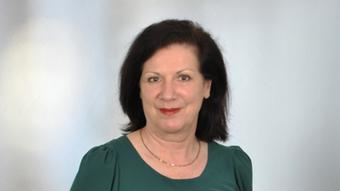 The Swedish Academy has been shaken by sexual harassment and corruption scandals. But is it really so intensely preoccupied with itself that it can't help but postpone the award? It's possible that one of the longtime candidates may not be around much longer: Philip Roth is closing in on his 90th birthday. It would be unjust if the delay were to deny such a prize-worthy author of the award.

But the fact is that the Academy couldn't do anything else. It worked closely with the Nobel Prize committee on the postponement decision, and, when it comes to pure procedure, the Academy was in a bind. Only ten of its original 19 members remain in the body, which is tasked with nominating promising candidates. Six members stepped down, even though they can't really do that—they are bound by lifelong terms. The committee no longer has a quorum and above all else, it has found itself in a big legal fog.

It will take time before everything is brought to light and clarified, such as whether membership in the Academy can be made fixed term, or how far the royal right of recommendation reaches. The King of Sweden, Carl XVI Gustaf, who, as the Academy's patron, actually just observes its proceedings, has pleaded for the high temple of literature to undertake reforms. 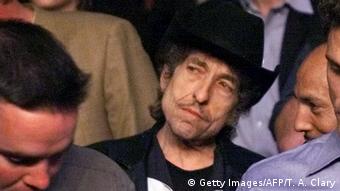 The academy has also been criticized for its decisions, such as awarding the 2016 literature prize to Bob Dylan

Can trust be regained?

More important than these organizational and judicial problems, however, is the question of whether the Academy can win back the literature world's trust in the body and its decisions. That is what it is hoping for with the year-long delay.

For decades now, voices have now and again called for the Nobel Prize in Literature to be abolished. They argue that a prize of such eminent significance, with such a huge monetary reward, is absurd. It no longer has a place in a modern world that has such a broad literary spectrum. The nominations for the award skew towards Europe, critics say, and glaringly bad decisions are all too often made — names like Dario Fo (1997), Elfriede Jelinek (2004), and, most recently, Bob Dylan (2016) , are frequently mentioned.

The prize and the whole procedure are relics of the 19th century: shrouded in secrecy, they are patriarchal and nontransparent. 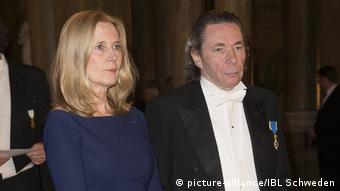 Katarina Frostenson's husband, Jean-Claude Arnault, is accused of sexual harassment and leaking prize winners names. She stepped down from the Academy under pressure after the scandal broke.

What should be clear by now is that the Swedish Academy has to undertake internal reforms. Objective legal consideration must guide them in doing so. Academy members must confront the public discussion.

The sexual harassment scandal involving Jean-Claude Arnault, husband of the now departed Academy member Katharina Frostenson, has long been part of the #MeToo debate. The old, dignified institution must learn to let go of precisely these characteristics and become more transparent, more accessible and more flexible. All this is crystal clear.

The actual nominee selection procedure can remain untouched — as long as the candidates are not revealed ahead of time. This was said to have taken place in past years, and it is criminal because it turns the competition into a sham. Suspicion for the leaks falls upon the same Arnault.

Beacon of light of the literary world

The Nobel Prize in Literature itself has not suffered. It must be maintained, this beacon of light that shines out over the entire literary world. It's an annual celebration, not just for the nominated authors, but also for the many publishing houses and lovers of literature.

The Swedish Academy has suffered, and it must thoroughly renew itself in order to win back trust.

Now, as the whole world turns its attention to Stockholm, it can do this — even if its statutes, those relics of the past, need to be changed or ditched entirely.

DW's Karin Helmstaedt on the Swedish Academy's decision to postpone this year's Nobel Prize for Literature.