How a #MeToo scandal is rocking the Nobel literature academy

A sexual abuse scandal has led to resignations at the Swedish Academy, which awards the Nobel Prize in Literature. The Nobel board and the Swedish king slam the turmoil that's damaging the reputation of the prize.

The king of Sweden and the Nobel Foundation Board have urged on Wednesday the Swedish Academy, which chooses the Nobel Literature Prize winner each year, to solve the spat dividing the jury of the prestigious award.

The resignation last Friday of three members of the body has stunned the organization. Swedish Academy members and authors Peter Englund, Klas Ostergren and Kjell Espmark have withdrawn from its board in protest over the handling of allegations of sexual misconduct by a man married to another member. Their departure could throw the future of the award into jeopardy.

The Nobel foundation issued a statement on Wednesday, noting that "trust in the Swedish Academy has been seriously damaged" and demanding that the group resolve their conflicts of interest to make sure they can carry out the 2018 Nobel selection "in a credible manner."

The king of Sweden also weighed in on the resignations on Wednesday, saying that they are "deeply unfortunate and risk seriously damaging" the body's "important activities."

Read more: On Heinrich Böll's birthday, his son reflects on the Nobel laureate

In the wake of #MeToo

Sweden's Dagens Nyheter newspaper had initially revealed last November that several members of the Swedish Academy, as well as members' wives and daughters, had allegedly been assaulted by Jean-Claude Arnault, one of the most influential figures in Stockholm's cultural scene. The paper published the testimony of 18 women claiming to have been assaulted or raped by him between 1996 and 2017.

It also reported that Arnault had leaked information about the prize committee's confidential discussions on several occasions since 1996.

The Academy has since cut all ties with the man, who is also the spouse of poet Katarina Frostenson, one of the Academy's members. 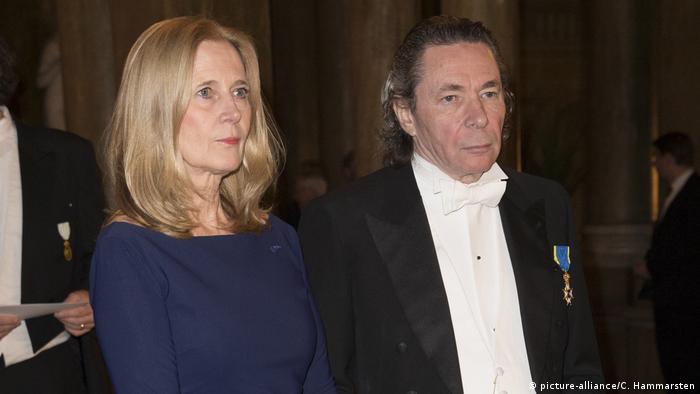 Arnault was reportedly able to silence his alleged victims by threatening to use his ties with the academy and other influential people in the arts to "blacklist" those who dared challenge him, the Dagens Nyheter reported in November.

The academy hired a law firm to investigate the sexual harassment allegations. The law firm was also commissioned to investigate ties between the man, who ran an influential cultural venue called the Forum in Stockholm from 1989 until late 2017, and the 18 members of the organization.

In March, Stockholm's public prosecutor's office announced that part of the investigation into claims of alleged rapes and assaults between 2013 and 2015 had been called off as the statute of limitation had passed or due to lack of evidence. 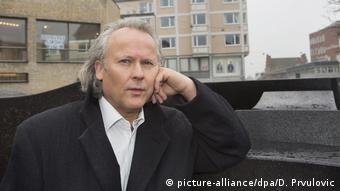 Academy member and author Klas Ostergren left the board on Friday, along with two other colleagues

The Academy has awarded the Nobel Prize in literature since 1901 and its members are appointed for life. Although those who stepped down cannot technically resign, there is nothing forcing them to attend meetings.

However, spokesperson Sara Danius said that after studying the statutes, the Swedish Academy had concluded that in the future it would consider allowing members to officially leave. "The lifetime Academy chair is supposed to offer the members a sense of security, similar to that of US Supreme Court Justice," she said. "But if a member wants to leave the academy, it should be possible."

Danius said she had "considered" resigning as spokeswoman for the Academy but aimed to "continue as long as I have the strength, and will work for what is right." 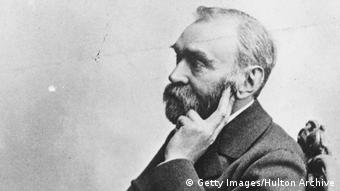 A portrait of founder Alfred Nobel from 1893

Why the resignations could jeopardize the future of the Academy

Of the academy's 18 members, five are no longer active after two women, Kerstin Ekman and Lotta Lotass, went on leave for several years.

The committee needs 13 members to make a decision, which is exactly the number it has at the moment. However, there have been calls for the spouse of the accused man, Katarina Frostenson, to leave voluntarily. Her decision may shape the Academy's ability to function.

If she chooses to go, there will be only 12 members. Another member, author Sara Stridsberg, suggested she might also leave in light of current events — most likely if Frostenson does not step down. This would render it unable to perform its primary task of voting.

The possibility remains that one of the members who left could change their mind if the abuse allegations are dealt with.

The resignations, says Bjorn Wiman, the culture editor of Swedish newspaper Dagens Nyheter, are "a disaster" for an academy "in ruins."

His novel "The Buried Giant" is written like an old folk tale, but comments on current issues at the heart of civil wars, family feuds and divorces. DW interviewed the 2017 Nobel Prize laureate two years ago. (05.10.2017)

Winning a Nobel Prize is considered one of the world's greatest honors. If this year's pick was surprising, it wasn't as controversial as many others – such as last year's. Here are laureates that have caused a stir. (05.10.2017)

How the jury for the Nobel Prize in Literature works

As members of the board have resigned, the Swedish Academy, in charge of awarding the Nobel Prize in Literature, is currently in turmoil. How does the jury work? (12.04.2018)