Controversies that have dogged the Nobel Prize for Literature awards | Books | DW | 05.10.2017

Winning a Nobel Prize is considered one of the world's greatest honors. If this year's pick was surprising, it wasn't as controversial as many others – such as last year's. Here are laureates that have caused a stir.

Though the Swedish Academy's selection of British writer Kazuo Ishiguro as its 2017 literature laureate was well-received, this has not always been the case.

In fact, just one year earlier, the Academy's decision to bestow its distinguished literary award — and the accompanying $1.1 million (€937,000) prize — to Bob Dylan unleashed a storm of criticism, with many arguing the American musician and songwriter did not deserve an award that was typically bestowed on novelists, dramatists, and writers of non-fiction. 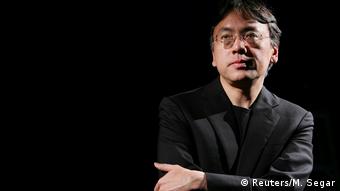 Dylan's reluctant acknowledgement of the award and his decision to be absent at the official award ceremony in December only added fuel to the fire.

Yet Dylan is just the most recent example of controversy surrounding the Nobel Prize for Literature award series.

Other individual recipients have led to outcry and insults, such as Peruvian Mario Vargas Llosa, the 2010 literature laureate who was said to focus more on politics than prose. And Russian dissident author Aleksandr Solzhenitsyn's decision not to attend his 1970 Stockholm prize ceremony due to fear of Soviet repression escalated to the point that he said the Swedes' conditions for acceptance were "an insult to the Nobel Prize itself." 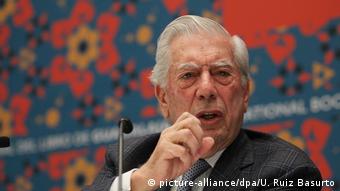 Critics took an issue with the politics of Mario Vargas Llosa, who won the literature award in 2010

In addition, the Academy itself has been accused of Eurocentrism and gender biases. Critics of the literature award, in particular, argue it is highly subjective.

Based on the will of philanthropist and dynamite inventor Alfred Nobel, the award should go to "the person who shall have produced in the field of literature the most outstanding work in an ideal direction." Yet there is no unanimous consensus on what constitutes this "ideal."

At the end of the day, a great read depends on the opinion of each reader as much as on the Swedish selection committee.

One of the most important awards in literature, the Nobel Prize has been given out since 1901. Everyone remembers the controversy surrounding Bob Dylan's nomination, but it wasn't the only one in the award's history. (05.10.2017)