Peruvian Nobel Prize winner, Mario Vargas Llosa turns 80 - and there's much reason to celebrate, including the publishing of his new novel. And there's also new romance in his life after 50 years of marriage. 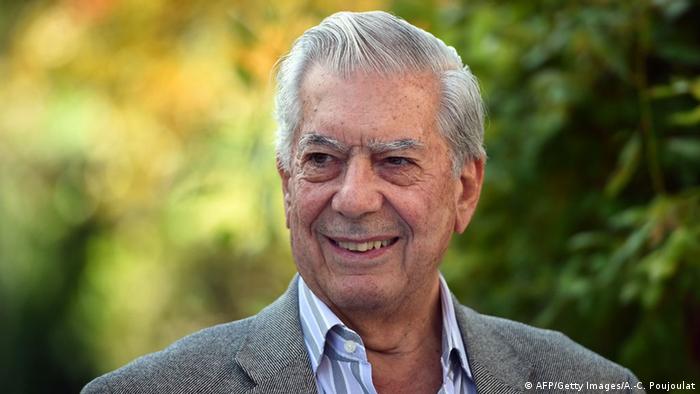 Pilar Reyes, publishing director of Alfaguara, said that Mario Vargas Llosa refuses to think that the best years of his life are over.

"He will refuse to do so against any evidence. I think that's a conviction in his life, and it is what gives him his energetic attitude," Reyes said.

Those who personally know the writer say that he is approaching his golden years as actively as possible while feeling truly happy. The reason behind this joy is a new love in his life - one for which he divorced his wife, Patricia Llosa, after 50 years of marriage.

The winner of the Noble Prize for Literature has turned into the number one target of the tabloid press ever since his romance with Isabel Preysler was made public. Preysler is known as singer Julio Iglesias' ex-wife and the widow of Miguel Boyer, Spain's ex-economy minister.

The author presented his new novel titled "Five Corners" (original title: "Cinco esquinas") at the beginning of March in Madrid. The book analyzes the way that the press can be used as a propaganda tool by the government.

The novel will be published in Germany by Suhrkamp publisher under the title "Die Enthüllung" (translation: The Revelation) in September. It takes place in Vargas Llosa's native Peru, in a neighborhood of Lima known as "Cinco esquinas" in which he recreates the last months of the Fujimori and Montesinos dictatorship.

The Suhrkamp publishing house plans to release a special edition of one of Vargas Llosa's first stories to celebrate his birthday. The story "Día domingo" (published in German as "Sonntag" - translation: Sunday) was originally published in 1959 in a volume of stories known as "Los jefes" (published in English as "The Cubs and Other Stories").

"What Suhrkamp and I feel proud about is that we published another complete piece from Mario along with so many tales and novels and a great amount of essays," said Jürgen Dormagen, the editor of Vargas Llosa's work for 26 years at the prestigious German publisher. Dormagen was the only German editor that Vargas Llosa invited to the 2010 Nobel Prize ceremony in Stockholm. 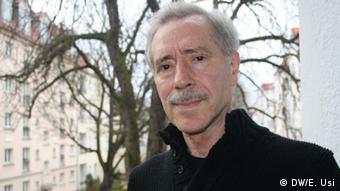 "It is of major importance for an author that the public have access not only to the newest published items but the work as a whole," Dormagen said.

The Alfaguara publisher in Madrid will also be celebrating the Nobel and Cervantes prize winner by re-releasing limited editions of eight of his most emblematic novels throughout his career.

"One of his biggest passions is painting and that's why we thought of celebrating his 80th birthday with new editions of eight of his novels illustrated by well-known painters, some of whom are even close friends of the writer's," Pilar Reyes said.

Writing until the last of his days

Vargas Llosa is sure that he will continue to write until the last of his days. Ever since publishing his first prize-winning novel "The Time of the Hero" (original title: "La ciudad y los perros") back in 1963, Vargas Llosa has given his readers an extensive amount of works that have influenced Latin American literature. He is also known for his incursion in politics, running for presidency in Peru in 1990, and for his critical analysis on current issues.

"Vargas Llosa is a curious cosmopolitan who has a clear interest in phenomena that occur around the world, and at the same time he actively partakes in them. That explains his presidential run in Peru or why at his age he continues to fervently write about issues in Venezuela or Mexico," says Dormagen.

He will be celebrating his birthday with a dinner gala for 400 people in a hotel in Madrid, followed by a party that will bring together leaders of the world of literature with top Spanish political figures such as current Spanish Prime Minister Mariano Rajoy, former Spanish Prime Ministers José María Aznar and Felipe González along with other Latin American politicians and renown writers - such as Turkish Nobel laureate Orhan Pamuk.

Perhaps the greatest recognition that Vargas Llosa has received in recent days was his introduction to the Bibliothèque de la Pléiade. The prestigious collection by French publisher Gallimard dedicated an anthology to the writer, which includes eight novels published between 1963 and 2006.

The collection, printed since 1931 on bible paper and bound in leather includes more than 800 volumes of universal classics translated into French. The Peruvian author, who will be visiting the French capital on April, will be the first living Spanish-speaking writer to receive this honor.