The Swedish Academy, which awards the Nobel Prize in literature, is cutting all ties with a man facing a series of sexual harassment allegations. The influential person had been closely linked with the institution. 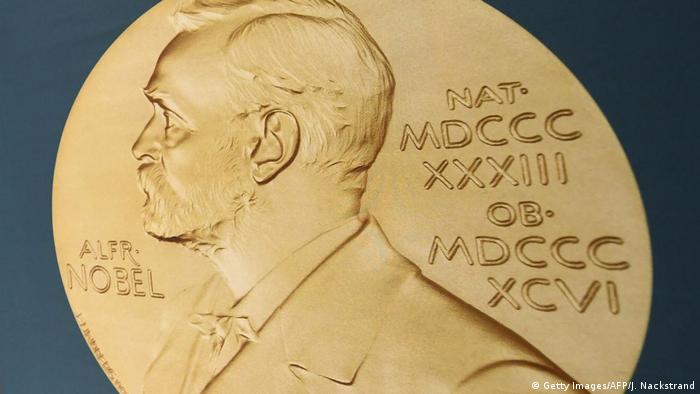 The Swedish Academy announced Friday that it was cutting all ties with a high-profile man with links to the institution after a "crisis meeting" called to address sexual harassment allegations by 18 women.

The unnamed man is not a member of the institute, but is married to a writer with "close links to the academy." He also ran a cultural club showcasing exhibitions, readings and performances by both the cultural elite and hopefuls, including Nobel literature laureates, and was responsible for running an apartment the institute owns in an upscale neighborhood in Paris.

Read more on the #MeToo movement

- Hollywood #MeToo march joined by hundreds in protest against abuse

Swedish daily newspaper Dagens Nyheter on Tuesday published testimony from 18 women who claimed to have been sexually assaulted or raped by the man. The alleged sexual assaults occurred between 1996 and 2017, some of them on the premises of the Swedish Academy, according to the newspaper. The women said they remained silent out of fear the man would jeopardize their careers. The man's name has not been published in accordance with Swedish law on the presumption of innocence, but as a high-profile person in Sweden's cultural scene, his identity is generally known to the public. Speaking with Dagens Nyheter, he has said he is innocent.

The Swedish Academy has hired a law firm to investigate the allegations.

Sara Danius, the academy's permanent secretary, wrote she was "shocked and saddened" over the accusations in a blog post published late Wednesday. Danius said she had "no reason to doubt" the allegations.

The Swedish Academy, founded in 1786 by King Gustaf III, has awarded the Nobel Prize in literature since 1901. This year's laureate was Japanese-born British novelist Kazuo Ishiguro, known for "The Remains of the Day" and ''Never Let Me Go."