Lewis Hamilton was only ten years old and was doing his laps in a kart when Ron Dennis, head of the McLaren racing team, became aware of him. Dennis took the boy under his wing and supported the future seven-time world champion.

By the age of 22, Hamilton was allowed to climb into the coveted McLaren cockpit with Fernando Alonso, the reigning world champion at that time, his new teammate. The newcomer outshone the two-time world champion in his first season with only Ferrari's Kimi Raikkonen standing between him and the title.

Was Hamilton preferred in the team by Dennis? The answer to this question was clear when Alonso walked away from his three-year contract at the end of the season and turned his back on McLaren. Hamilton won his first title the very next year. 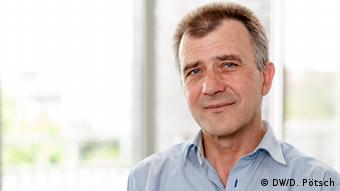 For Michael Schumacher, the road to the first world championship was stony. When he entered F1 in 1991, top drivers like Ayrton Senna, Nigel Mansell, Alain Prost and Nelson Piquet were still on the grid. That's why it took Schumacher three years with the small, newly formed Benetton team until he won consecutive titles in 1994 and 1995.

For four years after his first world championship victory, a weak McLaren car held Hamilton back. In 2011, even his teammate Jenson Button put him in the shade, but then came the switch to Mercedes. The German company had spared no effort in converting F1 to hybrid to create a racing car that was miles ahead of the competition. Hamilton made Mercedes his home and won two world titles in 2014 and 2015.

Michael Schumacher switched to Ferrari in 1996 after his initial championship successes. At that time, the Italians had been chasing success for almost 20 years and the German brought in technicians like Ross Brawn and Rory Byrne to work day and night in the Ferrari factory and on the test track to push the technical development of the car. After five years, the hard work paid off: In 2000, Schumacher won the first of five consecutive world championship titles with the Scuderia. 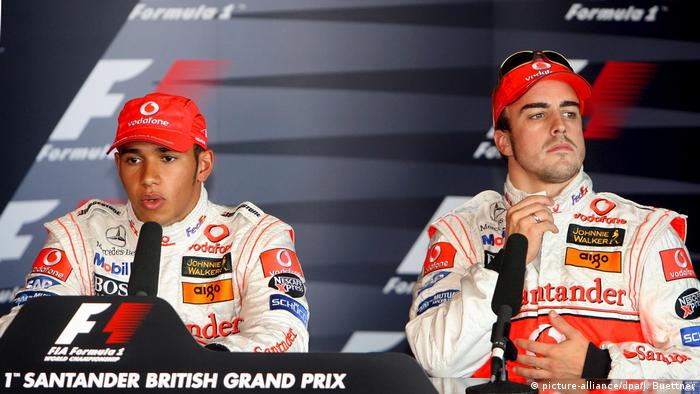 There were tensions between Hamilton and Fernando Alonso, who believed McLaren favored his teammate.

When it comes to simply burning a fast lap, Lewis Hamilton is perhaps the greatest natural talent that F1 has ever seen — but even a full-throttle Hamilton makes mistakes. In 2016, Nico Rosberg put him under increasing pressure and eventually won a world title himself. Since Rosberg departed the sport, Hamilton's grip on the drivers' leaderboard has been unbreakable.

Sometimes it seems as though Hamilton, like someone out for a leisurely Sunday drive, is completely relaxed and without a challenge. The record winner's superiority has taken the tension out of Formula 1 following title after title. And even after the seventh World Championship, everything points to more to come.

Hamilton may be the best racing driver of his time. But his racing victories are not reminiscent of the passionate battles of Schumacher, who became a legend because, in competition with other outstanding drivers, truly made the impossible possible as a relentless competitor, team player and human being.

Opinion: Lewis Hamilton – an icon both on and off the track