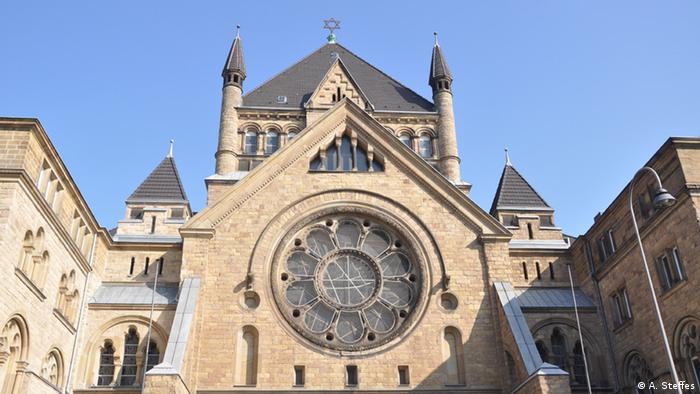 In 2021, Germany marks at least 1,700 years of Jewish life along the Rhine and north of the Alps. In a legal decree dated December 11, 321 and addressed to the Council of Cologne, Emperor Constantine declared it lawful "to appoint Jews to the city's governing body" throughout the Roman Empire.

Another important European anniversary from 321, this one in March, illustrates just how much Constantine's era still shapes our world. It was then that the emperor established dies Solis (the day of the sun, which eventually became Sunday) as the weekly Roman day of rest, a day after the Jewish Shabbat — a tradition that many societies still observe today.

Constantine, who was said to have been baptized on his deathbed in 337, used religious policy to implement his rule and as a way to foster identity.

Constantine's 321 decree makes it clear that Jewish people have been in Germany since the beginning; they did not come from somewhere else. The span of 1,700 years has seen some ups, many downs and horrific atrocities.

Coexistence was seldom easy, and has often been difficult. "There haven't been so many great afternoons," said Andrei Kovacs, head of the association "321-2021: 1,700 Years of Jewish Life in Germany."

Marginalization, persecution, ritual murder, the Crusades, anti-Semitic fervor, racially motivated hate — every German city with a rich Jewish heritage has a dark history, a terrible shadow over it that existed long before the Nazis rose to power. But there is also a rich cultural and intellectual history — the numerous Jewish German Nobel laureates are proof of that. All this must be remembered and shared by all Germans, not just those in the Jewish community.

This makes it all the more important to look back AND forward together in the anniversary year. Jewish life in Germany today is more diverse than at any time since before the Holocaust. Young men and women are once again completing liberal, conservative and orthodox rabbinical studies in Germany.

Jewish life in Germany includes older established communities, people who live a conspicuously secular lifestyle and those expressing a young, self-confident identity. Since the wave of Jewish immigration from the former Soviet Union began in the 1990s, many communities have been engaged in very meaningful — and often overlooked — integration work. This year's anniversary celebrations are meant to highlight the vital diversity of Judaism.

Emperor Constantine's decree in 321 was intended to politically integrate Jewish people in their communities. That still applies today, yet Jews remain a rarity in German politics. Of course, there is a Jewish state minister, a mayor and a state parliamentarian here and there, but with a total community of 200,000, Jews remain a minority.

The emperor warned Cologne's government not to marginalize Jews. At the time, the policy just concerned Jews; now, it includes all political minorities in Germany and the wider world.

More than 1,700 years of Jewish life is a reason for all Germans to celebrate, to remember and to look forward — together. We must be thankful for what has been achieved. The past is gone, but it must not be forgotten — so that we can all look forward to sharing a future together.

This commentary was adapted from German by Jon Shelton.

Brazil: Police raid on a favela in Rio leaves over 20 dead 1h ago

US arrests Iraqi man over plot to kill George W. Bush 7h ago