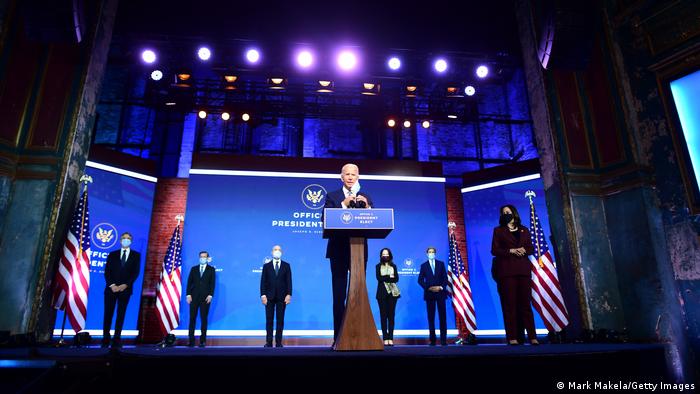 Finally, US media coverage will no longer be dominated by discussions about crazy Tweets or absurd conspiracy theories. It will be about policy, political strategies and ideas. Multilateralism, global alliances and shared political goals will be back on the agenda. The question of how best to deal with China will, however, remain a pressing issue but the focus won't be on flexing US muscle. The same can be said of Cuba, Venezuela, Iran, Afghanistan and all the other foreign policy challenges facing the US and the world.

Clever people with years of experience

We can sense something of the old America again at this moment. And that America seems to be making a resurgence: A country in which political leaders have shown themselves to be experts in their respective fields — thanks to their intelligence and knowledge but more importantly, their years of experience.

Among them are Antony Blinken, a long-time diplomat who firmly believes in global alliances and their role in keeping China in check; and Janet Yellen, who is poised to become the first woman to be Treasury secretary. Alejandro Mayorkas will run the Department of Homeland Security. Amongst other things, Mayorkas, a Cuban-American immigrant, will be the man responsible for the US-Mexican border. The choice of John Kerry as climate envoy is a cause for celebration in Europe. Kerry was one of the leading architects of the Paris climate agreement and has been deeply committed to tackling the climate crisis for years now. With Kerry, Joe Biden will have a very experienced man at his side — and one who is extremely well-connected. He is someone who can forge important alliances simply by calling on his own personal contacts.

But Joe Biden's Cabinet picks don't just remind us of America's old role as world leader — often characterized by ideals and principles. I think we are justified in thinking that this will be more than just a reprise of the past. The future can be better than the past and the president-elect's Cabinet is not just made up of experts, but, at long last, also reflects US society in all its diversity. 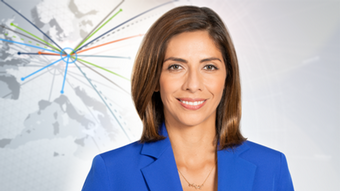 It is the first time that African-Americans, Latinos, Asian-Americans and women will be represented in top government positions in such numbers. They are bound to bring into play their specific biographical experiences and their corresponding skills and knowledge. What an asset!

President-elect Joe Biden will become the first US president whose vice-president is a woman of color. And the first president to attempt to reflect the rich diversity of his country at the top of the government.

Biden, too, will push an American agenda

But the road ahead will not be easy. If the new administration fails to secure a majority in the US Senate in the January run-offs in Georgia, the failure will present Biden with one of his biggest hurdles. A Republican majority in the Senate will attempt to block the president and his plans wherever and whenever it can.

Another huge task will be to win over the more than 70 million people who voted for Donald Trump on election day. This will involve persuading them of the value of a democracy that cooperates with global partners and convincing them that the future Cabinet's diversity simply reflects US society and is not some kind of dark conspiracy.

The new administration has got its work cut out. And a lot can go wrong. The members of this administration will make mistakes despite their experience. They, too, will also put America first on many occasions, even if it means going against the wishes of close allies. Naive, uncritical praise would be misplaced here — but tangible relief is justified.

Biden: 'A team that reflects the fact that America is back'

Most Germans keen on COVID vaccination passport 1m ago

Opinion: On trans rights, journalists must stand with the facts 4h ago