Germany will move forward without three of their most prominent players, as Joachim Löw continues to press home his idea of a 'new Germany'. It's a correct but curiously-timed decision, says DW's Jonathan Harding. 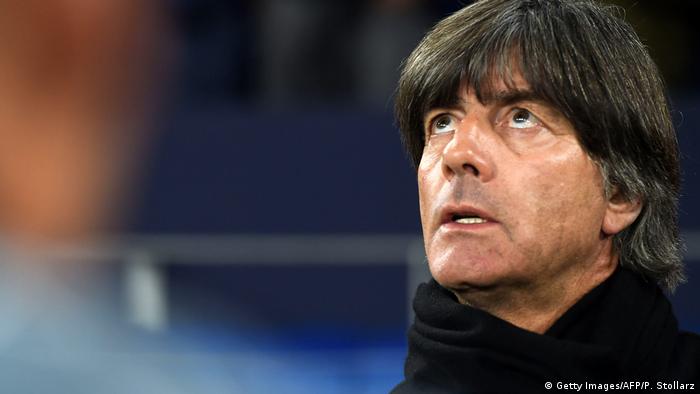 Joachim Löw's decision to do without Jerome Boateng, Mats Hummels and Thomas Müller will be the subject of plenty of analysis for weeks to come, but it doesn't need to be. Coming off a tournament in Russia that can only be described as an historic failure, Löw's decision to drop three of his senior players is, if anything, a little late.

It took Löw until November 2018 to recognize the need for change. He needed more speed, more adventurous dribblers, but he also needed hunger and drive. The core of the 2014 group had reached the end of their journey when they lost the semifinals of the Euros in France two years later. Löw has waited too long to transition away from players in key positions.

The timing - in early March before a friendly against Serbia and then a qualifier against the Netherlands - remains curious, as does the somewhat understated nature of the trio's departure. Three great players in the history of the German national football team have been quietly shuffled off into the history books. That speaks volumes.

The Germany team that played against the Netherlands in Gelsenkirchen in November last year had only Hummels of those three in the starting line-up. Müller came off the bench, Jerome Boateng wasn't even in the squad. This decision has been pending for a while.

Boateng still retains a superb passing ability, but struggles to stay fit for long enough to be the dominant force he once was. Hummels can also thread a great ball through the lines, but has seen a few more errors creep into his play than in previous years. Müller, the man who almost single-handedly shot Germany to success in 2014 and won the Golden Boot in the previous World Cup, now offers little of what Löw wants.

With Niklas Süle, Antonio Rüdiger and Thilo Kehrer likely to be the next men up in defense, and Serge Gnabry, Leroy Sane and Timo Werner leading Germany forward, the decision is the logical one in the next step of this team's evolution. The decision not to drop Manuel Neuer as well, captaincy or not, is the most baffling of all though.

Nevertheless, this is Löw's powerplay, a reminder to this team that he is still the boss, and to the football world that he can still be the visionary he once imagined himself to be. However logical the move, it arrives at the oddest of times and in the coldest of manners. And that is the biggest talking point of all.

Germany coach Joachim Löw is planning for a future that does not involve World Cup winners Jerome Boateng, Mats Hummels and Thomas Müller. The decision is the latest in a string of recent changes to the national squad. (05.03.2019)

The German national team will have been glad to see the end of 2018. After failing to get past the group stage at the World Cup, they were relegated in the Nations League. Coach Löw has tough decisions to make in 2019. (01.01.2019)

Opinion: Germany are beyond recognition

Germany might have beaten Sweden, but the manner of victory suggests Germany have evolved into quite an unfamiliar team. Jonathan Harding comments from Sochi. (23.06.2018)