Opinion: Jacinda Ardern is getting things right in New Zealand

The New Zealand government is banning the sale and possession of assault rifles and semi-automatic weapons. In doing so, it is again taking swift and effective action that sends a powerful signal, says DW's Martin Muno. 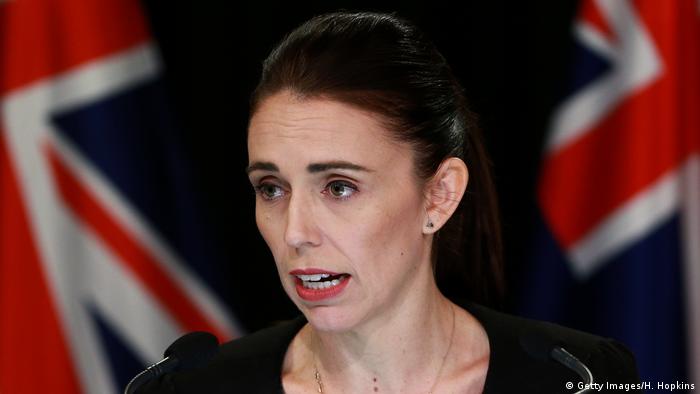 When defenseless people are killed by terrorists, the general sense of consternation and shock can often be paralyzing. Politicians take refuge in platitudes. Others demand that laws be dramatically tightened, or hold entire societal groups collectively liable for the actions of individuals.

New Zealand — and above all its prime minister, Jacinda Ardern — provides an example of how such a terrible, murderous act can be dealt with differently. After the Christchurch attacks, Ardern did a lot of things right. She wore a headscarf when visiting the local Muslim community. She opened the next parliamentary session with the Arabic message of peace, "As-Salaam Alaikum." And she refused to speak the attacker's name. Her message: I am on the side of the Muslim victims. And: Muslims belong to us.

Shortly after the attack by the right-wing extremist, Islamophobic perpetrator, Ardern also announced that gun laws would be tightened, and her government has implemented this change swiftly and unbureaucratically. The new legislation bans the sale and possession of semi-automatic weapons and assault rifles. The government will also buy back such weapons from people who bought them legally. In order to do this, the New Zealand government is preparing to spend the equivalent of €120 million ($140 million).

Sometimes politics can be this simple, this insightful, and this sensible. Ostracize the perpetrator. Name the victims, and give their suffering a voice. And promise them that you will do everything you can to ensure that nothing like this ever happens again — by restricting access to automatic weapons. Because people almost everywhere in the world know that fewer weapons means greater security. (And in places where they don't know this, things seem to go badly wrong nonetheless.)

A quotation from the German poet Friedrich Hölderlin provides a succinct description of what is currently happening in New Zealand: "Where danger is, the rescue grows as well." It's time to thank Prime Minister Ardern for her conduct following the terrorist attack in Christchurch.

Coronavirus: US reports first case of omicron variant 50m ago