Opinion: Iran against IS: My enemy's enemy?

The fight against IS is not the only thing Iran and the West have in common. This common ground is uncultivated political capital, and it will require courage to make use of it, says Matthias von Hein. 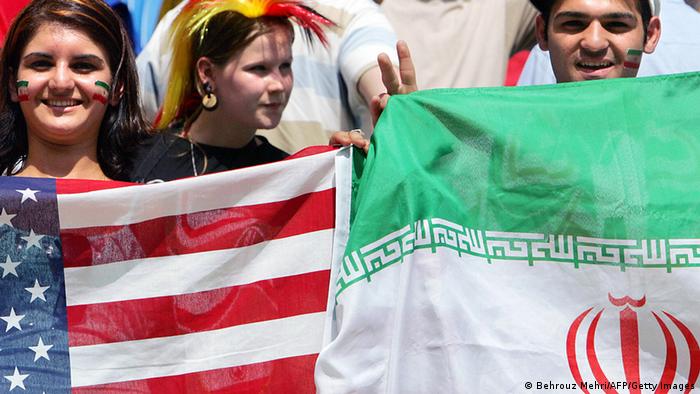 "My enemy's enemy is my friend" is one of the key tenets of realpolitik. With this in mind, when representatives of almost 60 states meet in Brussels by invitation of the United States to discuss ongoing strategy against the group known as "Islamic State," Iran too ought to be on the guest list.

Iran is also fighting IS. Tehran is even believed to have deployed fighter jets against IS. The United States has confirmed media reports to this effect. Iran, for its part, has denied them. That alone demonstrates how in the quicksand of the Middle East nothing is as simple as the realpolitik tenet suggests. Here, the enemy of my enemy can also be the enemy of my friend. In this instance, Iran, the USA, the West, and the global community share a common enemy in IS. But Iran is also the enemy of US allies Israel and Saudi Arabia. 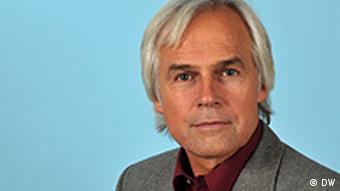 Furthermore, Iran is also the friend of the enemy: Syrian President Bashar al-Assad, who with help from Russia and, above all, Iran is still clinging to power despite the civil war that has been raging in Syria for more than three and a half years.

And sometimes a state goes from being a friend to being an enemy. The planes Iran is said to have used to attack the IS positions are, ironically, American-made: The F4 Phantoms were supplied to Iran when the shah, a friend of America, was still in power.

There is good reason to assume that Iran has indeed used planes to combat the IS jihadi militia. Iran has been expanding its influence in Iraq. The Iranian Revolutionary Guards have a special unit for foreign assignments, the Al-Quds Brigades. The head of the Brigades had his photograph taken in Iraq this summer. The reasons for Tehran's engagement in Iraq are obvious: IS' advance is threatening Iranian influence in Iraq. The Sunni militia is also threatening to destroy important Shiite shrines - a nightmare scenario for Shiite-dominated Iran. When Iraq's second-largest city, Mosul, was overrun in June, it took two months for the United States to come to the aid of its Iraqi allies with airstrikes. The Iranians didn't keep them waiting for nearly as long. Arms and military advisers, supplied at short notice in Iraq's hour of need, cemented Tehran's influence in the region.

No getting around Iran

US President Barack Obama has realized that in the Middle East there is no getting around Iran, given the many trouble spots in the region, Iran's relative stability, and Tehran's influence in neighboring countries. This is why in mid-October Obama wrote his fourth letter to Iranian Supreme Leader Ayatollah Khamenei in which Obama assured him that the US strikes aimed neither to weaken Tehran's position in the region, nor to attack Iran's ally Assad. Obama even raised the prospect of cooperation in the fight against IS. This, however, was linked to a settlement of the nuclear dispute, which unfortunately, was not reached at the end of November as domestic opposition in Washington and Tehran was too great. Conservative hardliners in Tehran balk at any turn towards the United States, and hawks in the US as well as among its allies in Israel and Saudi Arabia want to continue to treat Iran as an isolated pariah that constitutes a threat to world peace.

US alumni in Iran's cabinet

At the moment there are two parallel military campaigns against Islamic State - one led by Iran, one by the USA and its allies. Both sides are making a point of emphasizing that there is no cooperation or agreement between them. But so far they have not got in each other's way on the Iraqi battlefields, making it safe to assume that the government in Baghdad is mediating between the two sides behind the scenes.

But this is not enough. The Middle East is too important and too unstable for the most important players not to talk to each other. It is time Iran made a move and put the fundamentalist hardliners in their place. Supreme Leader Ayatollah Khamenei is needed for this, but he is showing little inclination to change his ways. The Iranian cabinet, on the other hand, includes people who do not regard the United States as the "Great Satan." It is one of the ironies of history that Iran has seven ministers who studied in elite American universities - more than in any other country in the world.

Tehran realizes that both the "Islamic State" and the Western-led campaign against it pose threats to Iranian interests in Iraq and Syria, Ellie Geranmayeh of the European Council on Foreign Relations tells DW. (03.12.2014)

Assad tells Paris Match US strikes on 'IS' ineffective

Bashar al-Assad says US-led airstrikes on the "Islamic State" (IS) have failed to produce results. US Secretary of State John Kerry says the international coalition against IS will most likely need to exist for years. (03.12.2014)

It will likely take years for a US-led coalition to defeat "Islamic State" (IS) militants, the US Secretary of State John Kerry has said. It comes as Iran reportedly bombed IS positions in eastern Iraq. (03.12.2014)