In his long-awaited speech on the future of the European Union, David Cameron has offered British voters a stark choice, but it doesn't leave pro-Europeans with many options, writes DW's Joanna Impey.

If David Cameron wanted to put the issue of Europe to rest, he has failed miserably. By promising a so-called in-out referendum on the European Union if his Conservative party is re-elected at the next general election, he has provided the fuel to ensure that the issue of Europe will be at the forefront of British politics for years to come.

Ironically, having promised the in-out referendum, Cameron actually outlined why he wanted Britain to remain in the EU. So why offer the British people the option of an exit in the first place?

Furthermore, it's unclear what anyone casting an "in" vote will actually be voting for: Cameron is pledging to negotiate a new settlement with the European Union before the next election, and he will lay that down as the "in" option.

But the outcome of any renegotiation is uncertain. In his speech, Cameron said he wanted a settlement that was "more flexible, more adaptable, more open," which sounds great, until you remember that there are 26 other members of the European Union who will also have their own interests to think about when it comes to any treaty changes. 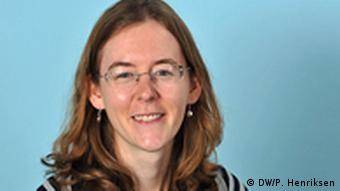 Of course, the stark in-out choice is to appease those on the right of the Conservative party who have long wanted to leave the EU and who feel the momentum is behind them. David Cameron is under intense pressure from those within his party who are concerned about the rise of the anti-European United Kingdom Independence Party (UKIP), which under its leader, Nigel Farage, has been gaining ground in the polls. UKIP is threatening to steal votes from the Conservatives at the next election. Farage's rise from derided eccentric to plausible politician has therefore forced David Cameron to move further to the right on the European issue.

But for Brits like myself who have benefited hugely from the European project, an in/out referendum is a scary prospect. It opens the door to the real possibility that the country will leave the EU for good. And it seems more important than ever to talk about the benefits of Europe - particularly at a time of economic crisis, when so many young people are out of work.

The European Union offers fantastic job opportunities to young graduates - and the experiences they gain abroad will enrich their understanding of our globalized world. Similarly, thousands of British students have benefited from the Erasmus program, funded by EU money, which allows them to study abroad as part of their degrees.

Even if you're not going to live abroad, simply being able to travel freely in the EU is a right that should not be taken for granted.

And even those who never leave our shores also benefit from EU funding, in everything from construction projects to scientific research, from farming to regional development.

No word of any of this came up in David Cameron's speech.

The euroskeptics have capitalized on the fear among the British public surrounding the eurozone crisis. But leaving the EU would not insulate the UK from the crisis in the eurozone. Indeed, it would do the opposite: If the country were to go it alone, it would be more exposed, not less, in times of economic hardship. The EU is Britain's biggest trading partner, and it makes sense to remain within the bloc and to be able to make the rules rather than simply abide by them.

But there is one hope: If David Cameron isn't re-elected at the next general election, the referendum won't happen anyway.

Is Britain on course to leave the EU?

All eyes are on Britain as Prime Minister David Cameron outlines his vision for the future of Europe. But what's the likelihood of the UK leaving the EU altogether and where would that leave the European project? (22.01.2013)