Opinion: I'm afraid of being outspoken about Russia's oil industry

A year after the huge Norilsk oil spill, there's just been another leak — one of many. The country's oil giants fear transparency. But transparency has the power to fix the leaking pipes, says Tatiana Kondratenko. 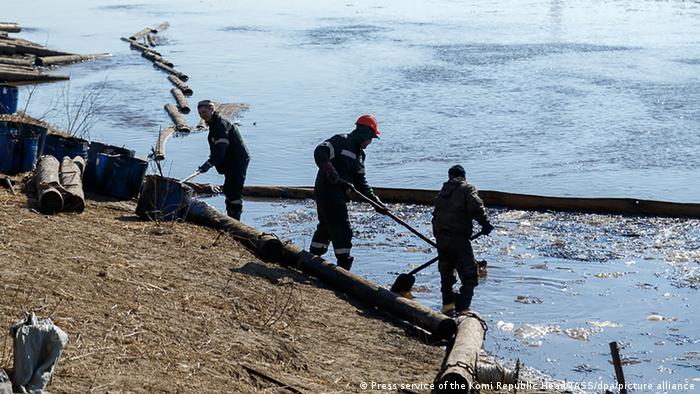 "Oil comes from the tap here" — that’s a phrase from my childhood in the heart of Russia’s oil region in the Komi Republic, along with memories of -40 degrees Celsius (-40 degrees Fahrenheit) in winter, the constant tapping sound of oil derricks and clouds of mosquitoes in summer.

Oil here actually doesn't exactly come from the tap — but very often it simply leaks from the pipes.

And it's just happened again, another oil spill, almost right in time to mark the anniversary of last year's Norilsk catastrophe that contaminated the Russian Arctic with over 20,000 tons of diesel. 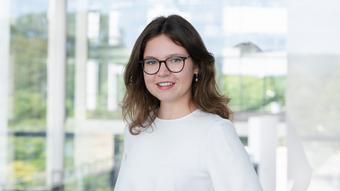 On May 11, I got news from my hometown of Usinsk that there was oil flowing along the Kolva river where locals like to go fishing. The town's mayor declared an emergency after 90 tons of oil had leaked. Around nine tons of fuel had already reached the river before the clean-up began.

The accident originated from a Lukoil pipeline — one of the country’s oil giants and one of the biggest players in Komi.

Lukoil claims the clean-up is now almost finished. But locals who take their boats along the river share videos and photos on social media that paint a different picture: The slick is still moving further towards the Barents Sea.

Oil leaks have long been a routine for my region. The only time my sleepy town made headlines across the world was in 1994 due to the biggest oil spill on land, with a mention in the Guinness Book of World Records.

Oil spills happen frequently here, about every three to six months, but news about them usually only circulates in local groups in social networks or are covered by small independent media in the region. To soon be forgotten.

I couldn't find numbers on how many oil spills happen in Komi every year. Across Russia, over 17,000 oil leaks were recorded in 2019, mostly from pipelines, according to the Russian Ministry of Energy.

This data is based on what companies report. The full picture remains unknown. Also because it can be tricky and dangerous for outsiders to find out what's really going on.

When I think of Russia's oil industry, Lev Tolstoy's Anna Karenina comes to mind. "All was confusion in the Oblonskys' house". Meaning: it’s very complicated.

For Russia's economy, the industry is very important — and it’s a holy cow. Many oil giants have ties with the government and are close to being untouchable.

Meanwhile, ordinary Russians working in oil production see it as a rare sector that still provides relatively good salaries and stability. The flashy images of rich Russian oil oligarchs skiing in Courchevel and hiring private jets — many of whom got their chunk of the oil cake in the 1990s when the USSR collapsed — are indicative of what was possible in Russia. Even getting your own oil derrick.

Today, an ordinary oil worker in Komi lives and works in harsh climate conditions for a monthly pay of around 200,000 rubles (€2,230; $2,720). Their colleagues in Canada or Norway probably just laugh at that.

Since they are lucky enough to get into the industry (often thanks to nepotism), oil workers stick to their jobs and don't risk speaking up, even though they have to deal with the problems of the corroding infrastructure on a daily basis. All my talks with local oil workers in Russia's north have always been done anonymously. Fear is omnipresent.

And when I see how reporting on Russian oil companies can backfire on journalists in the form of lawsuits and huge fines of up to 43 billion rubles (€479 million; $610 million) in one case, I'm also afraid of getting too close.

So, fear and lack of transparency accompany the industry. But, in many ways, it also plays against it.

Russia's oil infrastructure is massive: The network of pipelines could circle more than once around the Earth. Yet having been built in the Soviet era, it has approached its expiration date. Pipelines need costly replacements and new technologies to monitor their performance and condition.

Transparency and publicly available information on spills and accidents isn't a threat for the industry. Instead, I see it as an underestimated opportunity with the potential to upgrade Russia's oil industry and prevent environmental disasters.

Citizens, environmental groups and journalists could help to monitor a huge system that's hard to keep track of in this remote territory.

Since the country aims to stay on the fossil fuel path for now, it might even be the last resort to save the broken image of the industry — and to finally clean up the mess in the Oblonskys' house.

Russia's Norilsk Nickel has admitted that fluid waste was pumped into the tundra, one month after a subsidiary polluted Arctic waterways with diesel. This time, it said workers had been suspended for "violating" rules.