Opinion: Historical parallels problematic with Ukraine | Europe | News and current affairs from around the continent | DW | 06.09.2014

The Ukraine crisis has provoked plenty of historical comparisons. Will there be another war in Europe, as in 1914? Or is it more like 1939? In this case, history is only partly helpful, says DW's Christian F. Trippe. 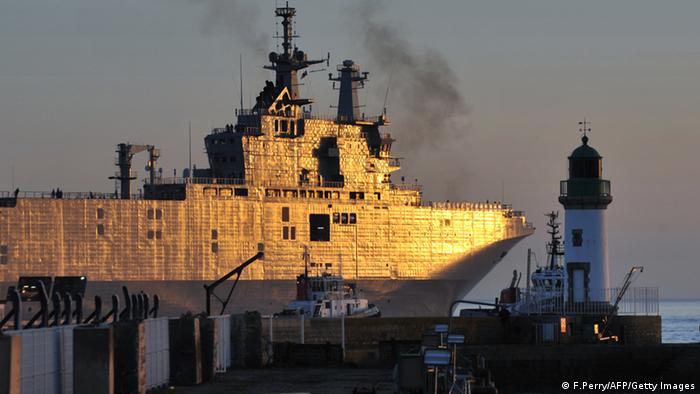 There has rarely been such unity - Europeans and Americans alike have condemned Vladimir Putin's brutal politics. The European Union has reinforced its sanctions against Russia. NATO is re-aligning its strategy in reaction to Moscow's neo-imperialist policies. After a long delay, France has stopped its sale of warships to Russia. Germany, Italy, and others have allowed their economic interests to be suspended. The "West" - for the past few months the concept has re-entered the political debate - is closing ranks.

The fissures only become visible if one places the current political climate within Europe's historical experiences. The Ukraine crisis has happened to fall in a year when Europe is commemorating two events that left bloody stamps on the continent: 1914 and 1939 - 100 years since the outbreak of World War I, and 75 since the start of World War II. Russia's aggression in Ukraine practically forces one to make comparisons. 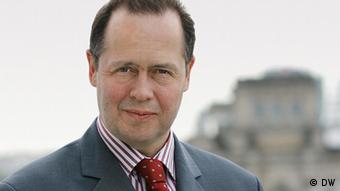 Trippe is a DW special correspondent

"Coincidences can sometimes cause goosebumps," said German Foreign Minister Frank-Walter Steinmeier during a recent panel discussion on World War I. The failure of diplomacy a century ago has simultaneously been a warning and an incentive for German politics. Political mistakes cannot be allowed to cause another war in Europe! Germany in 2014 is using the world of 1914 as a backdrop.

But those in Germany who see another point of reference in Putin's politics - for instance, Germany's expansion in the 1930s - are making the wrong comparison, something German Finance Minister Wolfgang Schäuble recently found out. The Foreign Ministry duly reined him in. Comparing Putin with Hitler is taboo in the German government.

But elsewhere the similarities certainly are being noted and expressed: the imperial aims, the rearmament, playing with the ethnic map, the cold-blooded breaking of international agreements - all underlaid with hysterical propaganda.

At the EU summit at the end of August, British Prime Minister David Cameron warned against making the same mistakes with Putin as had been made in the 1930s with Hitler. The "appeasement" policy pursued by the French and the British failed to stop the German dictator. For that reason, Cameron has called for a tougher, more decisive strategy, a view shared by Poland, the Baltic states, and the Scandinavians. For them, Russia's policy is similar to the run-up to World War II.

Like all historical comparisons, analyzing the situations before the outbreak of great wars offers only a crude orientation. The 1914 comparison overlooks the destructive role that a single, determined country can play. But focusing exclusively on the 1939 comparison risks missing decisive opportunities to de-escalate the crisis. Sticking too closely to either course in 2014 would be fatal.