On Monday, a black man was shot by a white German in Hesse. But, instead of mass outrage over the racist attack, many people seem more concerned over changes to kindergarten menus, DW's Christoph Strack writes. 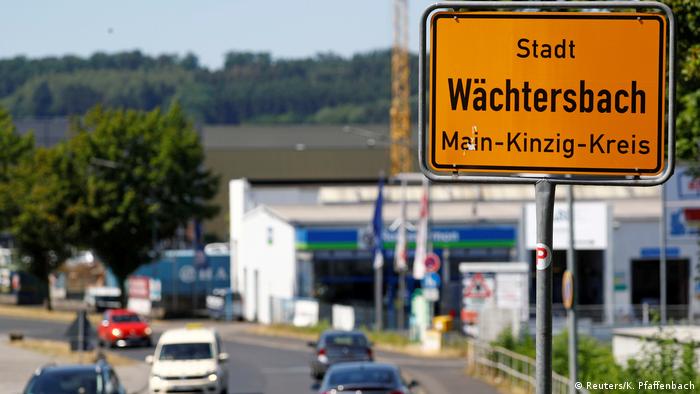 Judging by this week's outcry, one might have thought that the end of the world as Germans know it was nigh. Two kindergartens in the city of Leipzig, in the state of Saxony, had announced that they would no longer be serving pork or gummy bears, which contain gelatin, which is derived from the collagen of pigs, out of respect for Muslim students. The mass-circulation newspaper Bild made this its lead story, and, mere hours after the news broke, police forces had to be dispatched to protect the kindergartens. The vitriol was heavy online, as well. Many in Germany apparently thought this signaled the imminent demise of democracy and liberty. And, in their view, Islam was to blame for all of this. The internet was awash with unsavory comments, and "pork" began trending on social media.

The president of the Central Council of Jews in Germany, Josef Schuster, got involved in debate, too. "The last thing we need is hatred against a minority just because a kindergarten is rethinking its meal plan," he said. "A pork ban would have gone too far," he added. But he left it at that, and called for calm rather than "heated debate."

Of apparently less alarm, a white German shot and seriously wounded an Eritrean man in the small town of Wächtersbach, in the state of Hesse, earlier this week. The man had been driving in a car and did not know his 26-year-old victim, a father who survived thanks to the swift help of emergency workers. It was a despicable, deeply racist attack. It is utterly unsettling.

Politicians were slow to respond. Even those who had expressed quick outrage about the  kindergartens in Leipzig took little notice of the racially motivated murder attempt in Wächtersbach. The attack did not draw much attention on social media, either. It is plain to see that Germans are more inclined to feel hatred and outrage rather than to empathize with others and demand the protection of basic human rights.

This does not bode well for Germany and its people. When a neo-Nazi was arrested on suspicion of murdering Walter Lübcke, an elected official in Kassel and member of Chancellor Angela Merkel's Christian Democrats (CDU) was murdered by a right-wing extremist, in early June, lawmakers and German President Frank-Walter Steinmeier called for vigilance. And politicians are increasingly expressing concern that our democracy and societal cohesion could be in jeopardy. It is the internet, however, where hate speech and group-focused enmity are ubiquitous. Thankfully, in recent weeks the German judiciary has begun stepping up its efforts to go after individuals who publish criminal content. Alas, Facebook and Twitter are not doing enough in this regard, so German and European lawmakers will have to keep up their pressure on both platforms.

The German gun freak had repeatedly announced his plan to commit an attack at his local pub. But nobody took him seriously and raised the alarm. This, too, is a tragedy.