Hans-Dietrich Genscher set the standard for a German foreign minister. However, in the 21st century, it increasingly seems less possible to achieve what he did, DW's Alexander Kudascheff writes. 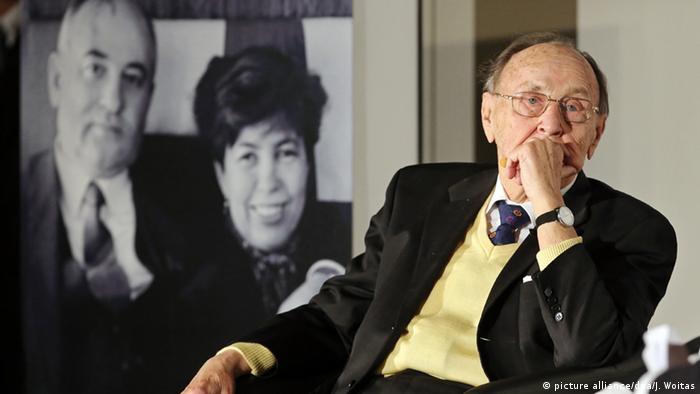 In the course of 18 years in office, Hans-Dietrich Genscher established the standard by which German foreign ministers are measured. He lived the country's diplomatic policy. His agenda was compromise - permanent compromise with partners in Western Europe and with the United States, but also with the Soviet Union and other nations that were still were considered enemies at the time. The constant search for compromise and guidelines for that compromise - with the journey often being its own reward - was Genscher's foreign policy.

Genscher's search for compromise was disliked by many outside of Germany. In the United States, Genscher's policies were viewed as a diplomacy of vagueness and noncommitment. Many a US diplomat considered Genscher an unreliable partner. His maneuvering - which he mastered to absolute perfection, even in the face of deep hostility - was perceived as a foreign policy without a fixed course.

But Genscher has become the model for German foreign ministers. Diplomacy in Berlin today - as it was in Bonn during most of Genscher's time in office - is about trying to get along with everyone, or at least engaging prudently with other nations. This is based on European unity and is deeply rooted in alliance policy. To name just one recent example, Germany has tried to find compromise with Russia to put a stop to Ukraine's civil war. Genscher's successors Klaus Kinkel, Joschka Fischer, Guido Westerwelle and Frank-Walter Steinmeier have all tried to end conflicts and wars through diplomatic means.

Military engagement in the Balkans or in Afghanistan aside, Germany's postwar foreign policy has been one of restraint. In the eyes of Germany's chief diplomats, war is not just the very last resort: It is hardly an option at all. Foreign policy as shaped by Genscher means diplomacy without weapons, without troops, relying on "soft skills," on the power of persuasion instead of guns.

Germans like to see their country as a "green Switzerland," where they are comfortably prosperous, busy with themselves and as detached from the world as possible. This is now little more than an illusion. Germany has become a midsize world power - a superpower by Europe's standards. When fellow eurozone nations experienced , as well as when hundreds of thousands of displaced people began heading for the EU, the continent gazed on in amazement at the new self-confident Germans. Europeans saw a German government that dictated terms and conditions to its partners, no longer trying to achieve harmony and consensus among the parties involved (mostly at Germany's expense).

It has become clear that Genscher's foreign policy, which did not overestimate its own impact, has reached its limits in the age of globalization. We will not see a self-aggrandizing Germany that resorts to military means all of a sudden, but the country will be asked to deploy its might more often than it has. The age of restraint is over. Contemporary German diplomats, though still spiritually influenced by Genscher, will have to come to terms with that.

Opinion: Climate justice must be more than a promise 4h ago