German leaders have commended the late Foreign Minister Hans-Dietrich Genscher. From Gorbachev to Kissinger, leaders from across the globe also paid their respects to one of modern Germany's pivotal figures. 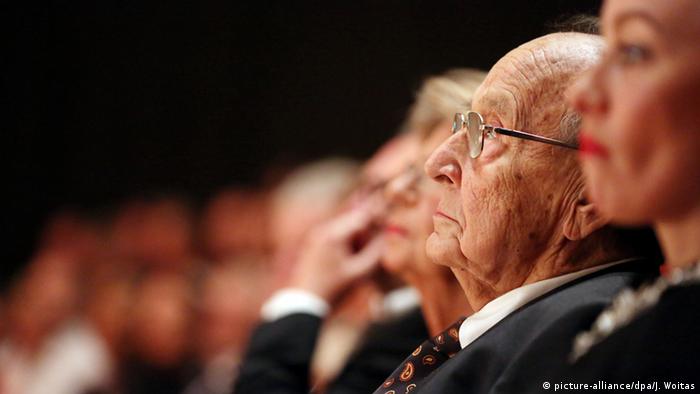 The current head of the Free Democratic Party (FDP), Genscher's former party, was among the first to respond on Friday following the announcement of the former foreign minister's death.

"We are thankful for his political life's work, which he performed in the service of German and European unity, as well as the liberal ideas of freedom and progress," Christian Lindner said.

President Joachim Gauck called Genscher "an outstanding personality in the history of our country."

"With his reliability and his diplomatic skills, Hans-Dietrich Genscher gave our country a face in the world and helped to strengthen the confidence of our partners," Gauck added.

Foreign Minister Frank-Walter Steinmeier praised his predecessor as a great German and a great European.

"During his long and active life, Genscher literally wrote history, the history of our country, of Germany, as well as the history of Europe," Steinmeier said. "The end of the division of Germany and of Europe was for him a lifelong task."

'I have lost a friend'

Outside of Germany, French Foreign Minister Jean-Marc Ayrault honored Genscher as "one of the architects of German reunification, who left his mark on this important chapter in European history with his political and humanitarian qualities."

Former US Secretary of State Henry Kissinger said Genscher "played a special role in the reunification of Germany, the construction of the EU and the development of a peaceful international order."

Meanwhile, former Soviet leader Mikhail Gorbachev said he "lost a friend" with the passing of Genscher.

"People say that you cannot have any friends in politics," Gorbachev said. "That's not true … Hans-Dietrich Genscher was my real friend in recent years. I have lost a friend."

Known for his relentless diplomacy throughout the Cold War, Genscher was characterized as a Batman-like superhero by a German cartoonist in the 80s.

Opinion: A master of diplomacy

He was a politician who shaped Germany, and a statesman who contributed to unification. As a foreign minister, he was respected worldwide. (01.04.2016)

Opinion: A man who loved freedom

Guido Westerwelle - a contradictory figure. He led the liberals to undreamt-of pinnacles and plunged them into the worst crisis in the party's history. A personal tribute by DW's editor-in-chief, Alexander Kudascheff. (18.03.2016)