Opinion: Europe will not follow the US 'China-free' 5G strategy 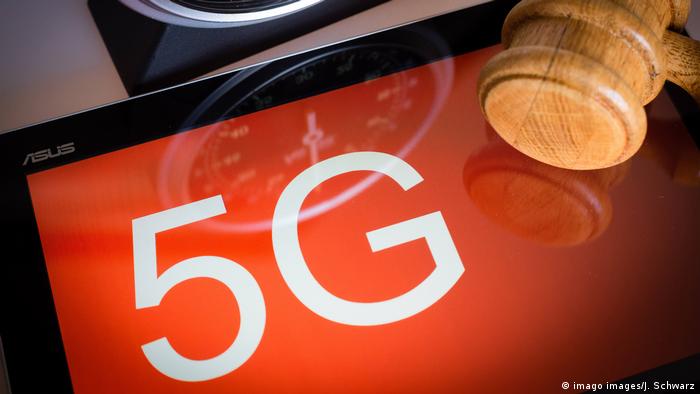 On August 5, US Secretary of State Mike Pompeo unveiled a program called "The Clean Network," which he claimed will protect US network infrastructure from "malign interference" by the Chinese Communist Party (CCP) and Chinese companies. 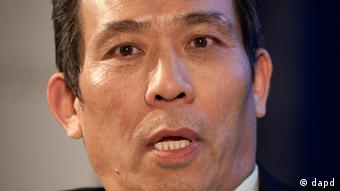 In a State Department statement, Pompeo called on US allies to join the program and jointly build a global "China-free clean network." However, the success of Pompeo's global "Clean Network United Front" depends on whether the US can gather European allies under a China-free 5G banner.

Europe is the world's largest internal market and home to most of America's major allies.  At the same time, Europe is the largest market where Chinese information tech companies have invested the most resources for the future.  If Europe does not follow along, Pompeo's statement will be nothing but a piece of paper.

It is not the first time the US has tried to sideline Chinese tech, but Washington's latest attack is also likely to be in vain. There is no sign that European countries will completely shut out Chinese enterprises and technology from their telecommunications networks.

Germany, Europe's economic giant and largest telecommunication market, is not buying into Pompeo's plan. Chancellor Angela Merkel has protected Huawei, publicly and covertly, despite the mounting pressure from pro-US politicians inside and outside her party.

In fact, it looks like the German government has already decided internally not to rule out Huawei. On August 11, Germany's Federal Network Agency (BNetzA) and the Federal Office for Information Security (BSI) released the final draft of security standards for construction of 5G networks by German operators. The document is over 80 pages long, and there is not a single clause specifying Huawei.

Deutsche Telekom, Vodafone, and Telefonica, the three major operators in Germany, have never stopped communication with Huawei behind closed doors. Perhaps this is because the German government has dropped hints, or because they believe that it is impossible for the government to block Huawei.

The major German telecoms have been working closely with Huawei to accelerate the full roll-out of commercial 5G in Germany, although the focus is on access networks rather than the core networks. However, the access networks occupy more than 80% of the 5G network devices, and that is commercially enough for Huawei.

Although the United Kingdom has theoretically complied with US proposals, it is still practically opposed to removing Huawei from its 5G networks, at least in the medium term.

In July, the British government said the country's 5G network must be purged of Huawei equipment by 2027, and new purchases of Huawei 5G network equipment will be banned starting in 2021.

However, the 7-year limit and the half-year procurement period are in fact an encouragement for UK operators to secretly stock up enough Huawei 5G equipment by December 31, 2020, and be covered until the 6G replacement seven years later.  This is far from Pompeo's vision of "zero-China."

France is even further from adhering to the US proposals and it has showed disinterest in joining the 5G Clean Path initiative.

The French government has signaled to telecom operators that it will allow companies that have already partnered with Huawei to continue to do so with a license that will expire in 2028.

Paris has not closed the door on Huawei's 5G, but has put the ball in the operators' court. Companies that have not yet partnered with Huawei may decide for themselves, and the government neither encourages nor prohibits.

In May, the Spanish government confirmed that Huawei's devices are "safe and reliable, and comply with the current laws and regulations." This gave Spain's Telefonica a green light to use Huawei's equipment not only in the 5G access network but also the core network.

KPN in the Netherlands has followed the same path as Deutsche Telekom, bypassing the core network while carrying out large-scale cooperation with Huawei on the access network (RAN). Surprisingly, KPN did not renew its 4G partnership with Ericsson in November 2019 but switched to Huawei. KPN chose "unclean" Huawei to replace 4G devices installed six years ago by Ericsson: Pompeo's "cleanest" supplier

Ireland is the gateway to Europe for the four American tech giants Google, Amazon, Facebook, and Apple, the majority of which have European headquarters here. Although this is where the main focus of Pompeo's Clean Network is concentrated, Ireland has still allowed Huawei to be a 5G option.

Dublin has kept a low profile and never publicly invited Huawei to build 5G. However, it has been protecting 5G cooperation between its two major telecom operators, Vodafone and Eir, with Huawei. Although Ericsson still occupies the core network, the access network, with larger service volume, is still open to the Chinese tech giant.

The Trump administration has repeatedly pressed the Irish government to bar Huawei. However, Huawei still has a firm footing here.

Behind the apathy of Europeans is their frustration with the US for publicly abandoning the spirit of the open internet.

European leaders have long resented the idea of closed networks. For them, Pompeo's Clean Network will mark the end of the "worldwide" web. Europeans have long been fiercely critical of Russia and China's firewall, and now are confused as to why the US is going down the same low road.

The only option would be: either Choose the American, or the Chinese.

This conundrum would be a nightmare for Europe, as the Clean Network initiative could force Europeans into a technological abyss. Will rational Europeans show enthusiasm for Pompeo's appeals? Their apathy and silence are answering "no."

Professor Xuewu Gu is a Sino-German expert. He is the director of the Center for Global Studies at the Univerrsity of Bonn.