Opinion: EU migration pact is victory for the nationalists

The EU's new proposed migration pact puts an end to asylum quotas. Member states reluctant to provide refuge to displaced people can now do as they will. This is a victory for the nationalists, DW's Barbara Wesel writes. 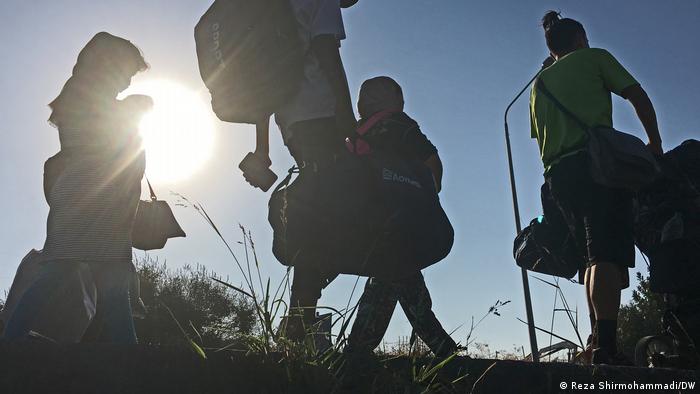 The EU has been deeply divided on the issue of refugee policy since 2015. The recent fires at the Moria camp for displaced people on the Greek island of Lesbos cast a merciless light on the bloc's dysfunctional asylum rules. Now, the European Commission has proposed a new migration pact. It is simultaneously a last-ditch effort and an admission of failure.

In its proposal for  a new migration-management system, the European Commission promises a "fresh start" — a unified response to a common challenge. Brussels has whipped up a whirlwind of well-sounding words to sell old wine in new wineskins.

The proposal offers the usual: better protection of external borders, for example, which is so difficult to do at sea when international law forbids the sinking of refugee boats. And the fences along the old Balkan route have already been built; the problem is that smugglers now carry their clients on trucks.

There will be EU task force units — made up of border police, lawyers, translators and other helpers — to support member states when large numbers of displaced people arrive in short periods. A group like that should really have been at work in Moria, too — what went wrong there?

And then the proposal announces fast-track decisions at the borders for applicants from countries whose citizens are frequently deemed ineligible. That has been a goal in Brussels for years, but the idea might not be able to stand up to the judicial challenges to it. What legal system is to be used as a basis for decisions? Is there a chance to appeal? Who provides the judge?

In the proposal, deportation is deemed "return to countries of origin and transit." Two-thirds of asylum applications are rejected, European Home Affairs Commissioner Ylva Johansson said. She spoke once more about deals with third countries that the European Union would like to sweet-talk into taking back their citizens. The bloc has been trying it for years, and it has never really worked. Why should it work in the future?

A crux of previous policies was the so-called Dublin Regulation, under which the country of entry to the European Union was required to process asylum application. Member states on the Mediterranean Sea, such as Italy, Greece and Spain, have long protested this rule.

The regulation is not to be abolished, but the criteria are to be expanded: People who have family members in another EU country are to be taken there. This could mean that countries in which a lot of refugees live will automatically receive more of them. It could well be asked how enthusiastically Scandinavian countries or Germany will welcome this idea. Margaritis Schinas, the vice president and the commissioner for promoting the European way of life, said the proposal would put "Dublin to bed" — which simply means that it is being partly annulled because no agreement can be reached on new provisions.

But the central element of the new migration pact is the end of asylum quotas. The commissioners have understood that they cannot force the eastern EU members states to take in displaced people, and they have given up on trying to persuade them to. That is a fine victory for nationalists of Hungarian Prime Minister Viktor Orban's ilk. Incidentally, he has had the nerve to once more serve up that radical right-wing fairy tale about the "great replacement" of Christian Hungarians by Muslim migrants.

Instead, there is to be a so-called solidarity mechanism. A member state that refuses to take in refugees can instead become involved in deportations. It is not quite clear how that will function in practice. But this job could be very eagerly taken on by officials in Warsaw, Prague and Budapest.

In these circumstances, what is to persuade other member states not to take the same path and show their "solidarity" through deportations, as well? Who might take in displaced people at all by that point?

The proposal is a declaration of capitulation to the nationalists: an undeserved victory for them. And what is missing completely is the word "humanity." Here, the management of migration has triumphed completely over compassion for people.

US: Trump allies Graham and Giuliani ordered to testify in election probe 7h ago