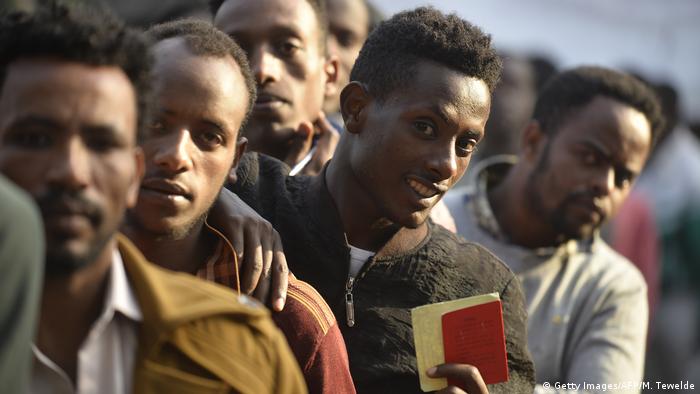 People making an international calls to Ethiopia last week got a big surprise. Not because of the bad telephone connection — they got used to that a long time ago.

Rather, it was because before they were connected, they heard the voice of none other than Ethiopia's Prime Minister Abiy Ahmed promoting the country's plan to plant 20 billion seedlings by 2024 — an ambitious reforestation project that again highlights Ethiopia's reputation as Africa's poster child.

It might have been a great PR stunt for the international community — but it didn't sit well with many Ethiopians at home who mockingly asked if Abiy didn't have other, slightly more pressing, issues to address than the planting trees.

For example, the coronavirus pandemic that the country of 100 million people and a severely underfunded health system is still battling.

Or Ethiopia's reconciliation project that launched with Abiy's appointment as a young reformist prime minister in 2018 but is now threatening to crash land.

After all, polls originally scheduled for August have now been stalled indefinitely because of the COVID-19 outbreak. The government's mandate set to end in October has also been extended until the end of the conronavirus pandemic despite constitutional concerns.

Before the announcement of the election delay, Ethiopia already faced growing interethnic violence and more than a dozen small ethnic groups were calling for greater regional autonomy. Nationalists in the regions of Oromia, Tigray and Amhara, who can rely on legions of unemployed, disillusioned young people, have been busy moblizing support for a while now.

Who would have thought that two years after Abiy — a hope bearer and the winner of the 2019 Nobel Peace Prize — took power, militias manning roadblocks would be part of Ethiopia's everyday life?

Abiy, who is still celebrated abroad, is no longer a favorite at home. For example, his former ally Jawar Mohammed, a media mogul and social media influencer, has moved over to the opposition camp. 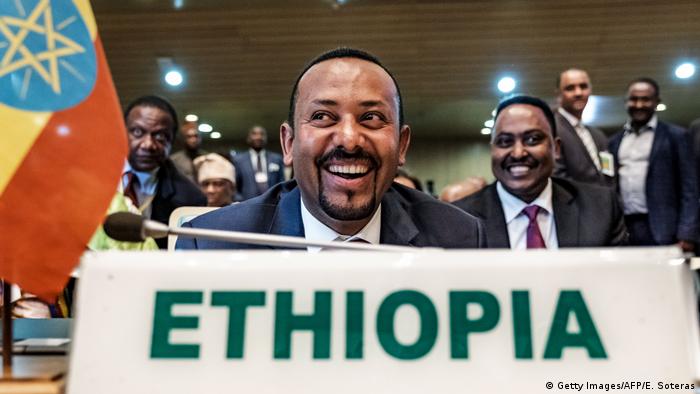 Abyi Ahmed has been celebrated as the "bearer of hope"

In a culture used to distrusting the authorities, conspiracy theories are shooting up like weeds. One of the most popular is that Abiy is using the coronvavirus pandemic to consolidate his power beyond the constitutional deadline.

Collapse of the multi-ethnic state?

Meanwhile, Abiy's political opponents are plotting revenge. The Tigray minority, who traditionally were among the ruling elite before Abiy came to power, are marketing themselves as victims of his reforms. In an affront to Abiy's leadership, they've said they'll go ahead and hold the elections in August anyway. 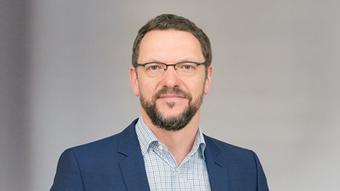 The election delays are now causing an imminent showdown that could tear apar the multi-ethnic country with its 80 diverse groups.

At the same time, Ethiopia's respectful culture of debate — developed over three millennia and of which Ethiopians are rightly proud – is crumbling. Leading politicians are now insulting each other on social media with unprecedented malice.

And that once influential religious leaders are now unable to calm the waters shows the extent of the political divide.

But the election delay and the extension of the government's mandate should also be seen as an opportunity for reconciliation — perhaps the government's last chance if the time gained up to 2021 could be used for a genuine National Dialogue that involves the entire region, including neighboring Eritrea.

This, however, would require all leaders to display a modicum of humility and a willingness to compromise, something that isn't evident at the moment.

If the rifts between the ethnic groups deepen further, then boycotts of the 2021 election and marauding militias could see the country dissolve into violence.

The coronavirus, of all things, could in the end help reconciliation in Ethiopia. That is if Ethiopians from all ethnicities and political beliefs come together to tackle the virus, thereby practicing national building in a very practical way.

The polls, originally scheduled for August, were to be a key test for reformist PM Abiy Ahmed. His critics say the Abiy's new party is pursuing a return to the days of the former repressive regime. (01.04.2020)