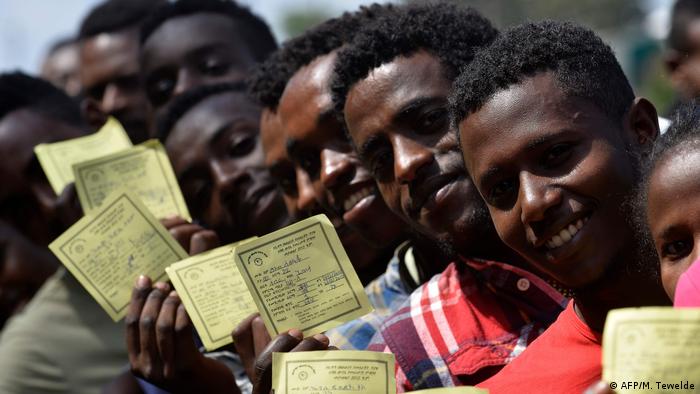 Ethiopia's electoral body NEBE announced on Tuesday it had postponed the August presidential and parliamentary elections following "consultation with political parties and stakeholders."

"Due to the situation, the board understood that it could not carry out the election as planned and has suspended activities that were supposed to take place according to the schedule," NEBE said in a statement.

According to data from the Johns Hopkins University's coronavirus resources center, Ethiopia has recorded 29 cases of the novel coronavirus COVID-19, as part of a wider outbreak that has brought the world to a standstill.

"The postponement was expected," said Abebe Aynete, a peace and security analyst at Ethiopia's Foreign Relation Strategic Studies Institute. "We are expecting the national election commission will come up with a new schedule." 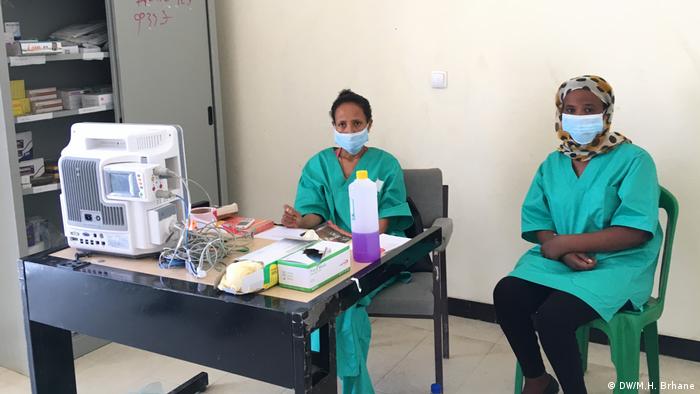 Ethiopian officials introduced a range of measures intended to curb the spread of the virus, including banning large gatherings and restricting travel. "It would have been very difficult, if not impossible, for the electoral board to take all the necessary steps to organize this election in time for the 29th of August," William Davison, a senior analyst with International Crisis Group, told DW.

The elections are seen as a key test for the reformist agenda of Prime Minister Abiy Ahmed and will determine whether he can hold together the fractious nation and continue his plan to open up its state-controlled economy.

Ethiopia was one of Africa's most repressive states until Abiy was propelled to power in 2018 following huge waves of political protests across the country of 100 million. The young prime minister quickly ushered in sweeping political and economic reforms: Abiy immediately released political prisoners and opened political and media spaces, not just for local citizens, but also for those in exile.

Abiy went on to win the 2019 Nobel Peace Prize in recognition of his peacemaking mediations in the region, which included resolving Ethiopia's longstanding tensions with Eritrea. 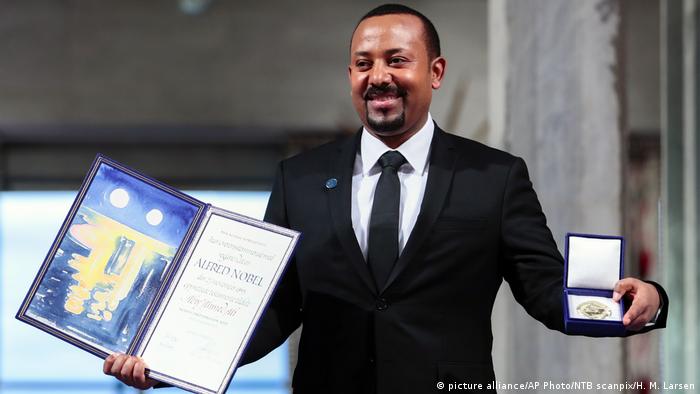 Prime Minister Abiy Ahmed won the Nobel Peace Prize in 2019 for his efforts in mending relations between Ethiopia and Eritrea, earning him international recognition

But opposition political parties – mainly from Abiy's own ethnic Oromo stronghold – are voicing their concerns over a possible change of course and accuse the prime minister's newly established Prosperity Party (PP) of intimidating them. They say Abiy is centralizing power, silencing dissent, and jailing political prisoners.

"Last year was more chaotic when it comes to political context," Kjetil Tronvoll, Professor of Peace and Conflict Studies at the Bjorknes University in Oslo, told DW. "Although there is a certain element of pluralism in the political arena, there are certain push backs from the state regarding how far one can advocate one's opinion when it comes to group politics."

Such concerns are echoed by opposition groups around the country, according to Mohamed Negash, a senior editor with DW's Amharic Service.

"We hear lots of accusations by the opposition that some government officials deny access to certain media groups or deny permission to hold demonstrations or public gatherings," Negash said. "But when you compare things before 2018 when Abiy took office, things are much better. These days the media is now relatively free. Be it opposition party, human rights or activists, they can now say whatever they want."

Landlocked Ethiopia reportedly registered more than 70 political parties to take part in the elections. But opposition parties say the ruling PP is blocking them from opening new offices or holding public and town hall meetings. 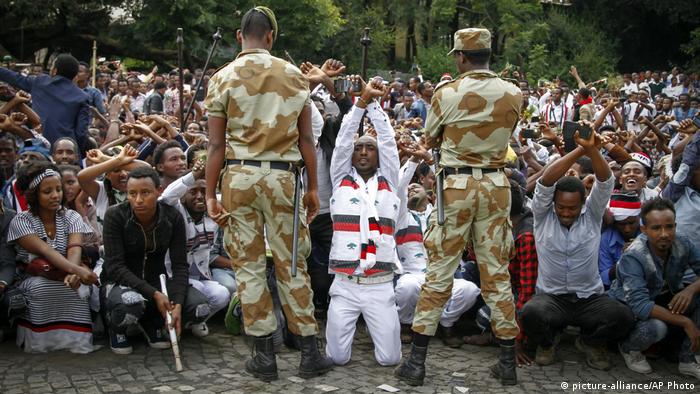 The OLF had been in exile but returned in 2018 after Abiy came to power. It claims the ruling party is shutting down some of their offices.

Adaba's party is not alone in facing such hurdles. The Ethiopian Citizens for Social Justice (EzeMa) party, also claimed some of their town hall discussions were obstructed by authorities.

"We have heard that an office belonging to a prominent Oromo opposition party, Oromo Federal Congress, in Harar, eastern Ethiopia, was closed by government officials. But in western Ethiopia there is a conflict between the federal army and OLF fighters."

In its latest report, rights group Amnesty International stated that Ethiopian authorities have intensified "the crackdown on dissenting political views ahead of the general elections, particularly on members and supporters of the OLF."

The organization's East and Southern Africa Director, Deprose Muchena, described the situation as "a worrying signal" that undermines the rights to freedom of expression and association ahead of the 2020 elections.

A return to authoritarianism?

According to Tronvoll, not only are opposition parties being hindered from conducting political activities, but "protests and demonstrations are coming back to Ethiopia, particularly in the Oromia region, but also in Amhara as such."

"That trend is worrying if it will continue," Tronvoll said. 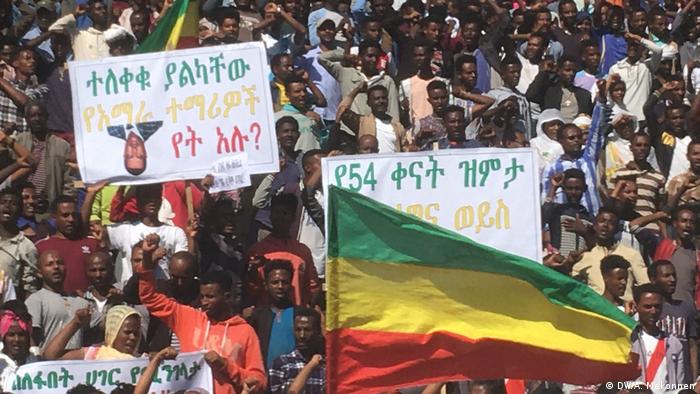 Protests have also taken place in the Amhara region

Amnesty International reports that since Abiy took office there have been several waves of mass arrests of people in Oromiya perceived to be opposed to the government. Detainees were not charged or taken to court, the NGO's Ethiopia researcher Fisseha Tekle said.

"The majority of people believe the transition is off track and we are backsliding towards an authoritarian system," Prominent activist Jawar Mohammed told Reuters in late 2019.

Jawar, also an ethnic Oromo and a former ally of Abiy, played a key role which helped Abiy come to power.

"The ruling party and its ideology will be challenged seriously not only in the election but also prior to the elections," he added.

Abiy had reassured Ethiopians that his government would improve peace and security. But in a recent speech to parliament, he told legislators that he would not guarantee peace will prevail in a short period of time.

Western and southern parts of Oromia state are some of the main areas in the country severely affected by insecurity, according to media reports. The federal army is engaged in battles with fighters from OLF's former military wing, the Oromo Liberation Army (OLA) in the area. 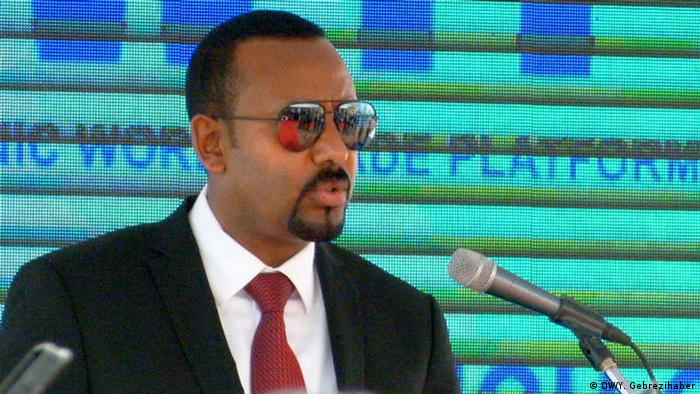 "Open, accessible and fair election processes necessitate peace and stability on the ground, where the election is supposed to be conducted," Tronvoll said. "If there is an open insurgency in the area, I seriously doubt that if it is possible to conduct an open election," he added.

Internet and telephone communication were shut for three months in Oromia, but reinstated this week in a bid to curb the coronavirus outbreak.

Abiy acknowledged that "the disruption was related to the security situation."

Abiy Ahmed gained plenty of detractors and frenemies by enacting daring measures. The prime minister even won the Nobel after making peace with an old enemy. Yet multiethnic Ethiopia remains prone to sporadic violence. (10.12.2019)